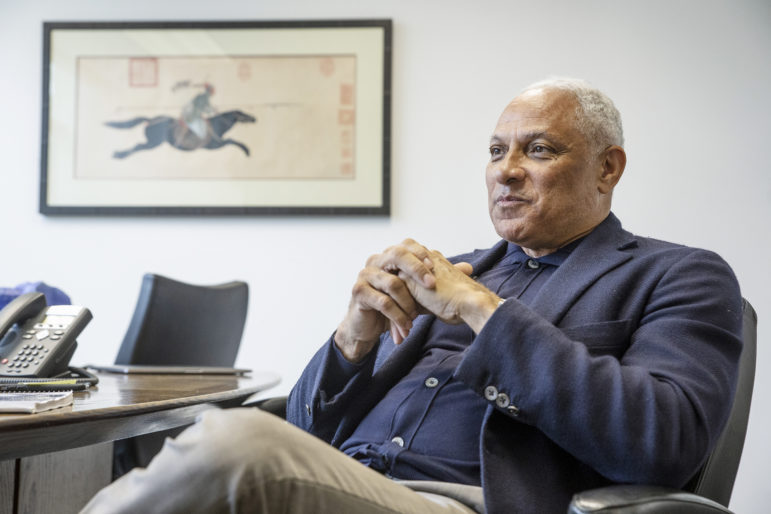 Dozens of potential Mike Espy donors listened as Stacey Abrams, the Mississippi native and Georgia activist who was earlier tabbed as a possible running mate to Democratic presidential nominee Joe Biden, spoke on a virtual fundraising call on May 29.

The Abrams fundraiser was one of more than 40 virtual events the Espy campaign has hosted in 2020, as campaigns across the nation scramble during the pandemic to engage voters and generate enthusiasm.

Working to do just that and share his vision with Mississippians, Espy has built as large a campaign organization as any statewide Democrat in the state’s history. As of this week, the campaign has hired 15 full-time staffers — at least twice as many staffers as his opponent, incumbent Republican Sen. Cindy Hyde-Smith.

The campaign is managed by Joe O’Hern, a nationally sought-after Democratic political operative with experience from presidential politics down to local politics. O’Hern has hired a mix of strategists with both national and home-grown experience, and the campaign staff make-up is 60% people of color and 66% women.

Separate from the campaign, the state Democratic Party’s coordinated campaign — a team of mostly field staffers that uses funds from the national party to support the state’s candidates — has built an even larger staff that will directly benefit Espy’s candidacy. The coordinated campaign has hired more than a dozen full-time staffers and has plans to have 30 total staffers in place before Election Day. They will focus completely on direct voter outreach and turning out Democratic voters.

That team is led by Jared Turner, an experienced political strategist who has managed or worked dozens of high-profile Mississippi races.

“Electing history-making candidates up and down the ticket requires a history-making effort,” Turner said. “The Campaign for Mississippi is building an organization of Mississippians to turn out the vote in all 82 counties across our state.”

The Espy campaign’s approach during the pandemic has been centered on virtual events and conference calls, such as the one with Abrams. His campaign has hosted events including the “Mississippi Moving Forward Tour” kick-off, which had 200 participants on a Zoom call for one-and-a-half hours. It hosted a roundtable call with young Black leaders, a roundtable with education experts regarding school reopenings and the state of education in Mississippi, and a healthcare telephone town hall that drew 3,000 participants.

And when he can, Espy has shown up in person. With his wife and kids, Espy attended the June Black Lives Matter protest in downtown Jackson. He’s helped healthcare workers deliver free masks and other PPE to people in long car lines in Greenwood and Meridian.

The Espy camp’s fundraising has also turned heads in Mississippi and nationally. To date, Espy has raised $1.9 million. At this point in his race two years ago, he’d raised less than $700,000. He’s outraised Hyde-Smith in all but one campaign finance reporting period of 2020 as the incumbent struggles to raise cash.

But even with the staffing and fundraising advantages over Hyde-Smith, Espy has his work cut out for him. He’s running in one of the reddest states in the nation, where any Democrat — even one with moderate platforms — is strategically paired with national progressives with high disapproval ratings among conservatives and independents.

A Democrat has never been elected to the U.S. Senate from Mississippi in modern times, and Espy himself lost to the same opponent by seven points just two years ago.

“Espy is doing everything he can do, but there’s something to be said that there are a lot of voters who vote against the opposition more than they’re voting for someone,” said Marvin King, associate professor of political science at the University of Mississippi. “For Cindy Hyde-Smith, as long as you’re polling ahead, despite not raising as much recently, and as long as Trump is polling ahead, she can just say, ‘I’m a Trump Republican.’ That very well might be all she needs to do.”

Espy, if elected, would be just the 11th Black U.S. senator in the nation’s history. Two of them — Hiram Revels and Blanche K. Bruce — were Mississippians, but they were elected by the majority-Black Legislature during Reconstruction, not by popular vote.

While a victory in ruby red Mississippi remains elusive for statewide Democrats, the optics of the state’s 2020 Senate election — as Black Lives Matter protests demand the attention of campaigns across the nation and influence policy — seem increasingly appealing for Espy in this national moment: a Black candidate who has already broken racial barriers in his political career challenging a white incumbent who has a questionable history on race.

“Given the current racial climate in America, the candidates enter the contest where race is already a salient issue and therefore neither of the candidates will be forced to incorporate such language while on the stump,” said D’Andra Orey, professor of political science at Jackson State University. “I do expect, however, each of the candidates to use such language when speaking to their base. For example, it will be impossible for Espy to speak to his base without mentioning race-specific issues such as the death of George Floyd or Breonna Taylor. Hyde-Smith, on the other hand, will be expected to mention the protests as a need for law and order.”

Despite the odds, Espy campaign leaders hope the money they’ve raised, combined with the nation’s hyper-focus on race in politics, can spark a flame in Mississippi. And several campaign staffers believe the infrastructure they’re building can benefit Democratic candidates in years to come.

“Mike Espy and the Espy for Senate campaign are dedicated to building an organization that can serve as the model for other statewide and local campaigns,” said Jacquie Amos, a former longtime staffer of the Mississippi Democratic Party and the Espy campaign’s outreach director. “This campaign is about an investment in the future for Mississippians.”

Mike Espy has built a robust and historic Senate campaign. Can he win?