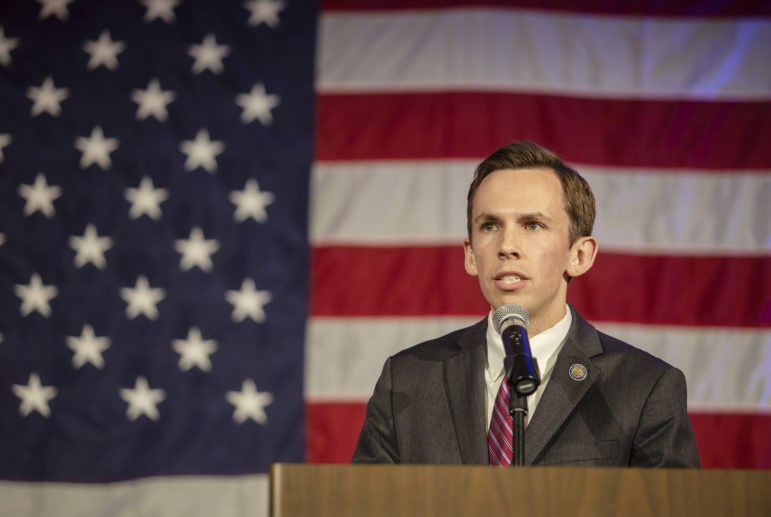 For at least the sixth time since last spring, State Auditor Shad White has formally warned the Mississippi Department of Education about their enforcement of rules and administrative spending.

In this case, White sent a letter to Gov. Tate Reeves and legislative leaders voicing concern that MDE is forcing local school districts to buy their technology from only certain companies or risk losing reimbursement.

“I have concerns that the Mississippi Department of Education (MDE) has ignored state law and made it more difficult for schools to purchase technology using the Coronavirus Relief Funds (CARES Act) appropriated by the Legislature,” White wrote in the Aug. 24 letter.

School districts are in the process of purchasing computers after the Mississippi Legislature this year passed a law enacting the “Equity in Distance Learning Act” as the COVID-19 pandemic has forced many schools to pivot to online learning. 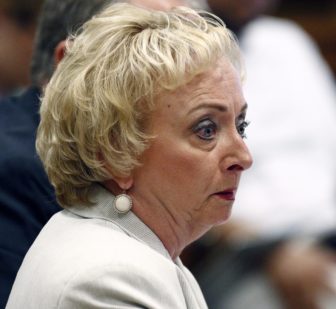 Carey Wright, State Superintendent of Education, answers questions about staffing during a legislative working group hearing centering on agencies personnel and their cost effectiveness, Thursday, Sept. 8, 2016, at the Capitol in Jackson.

State Superintendent Carey Wright called the letter “inaccurate and devoid of all context about the intent of this law,” in a statement released by the MDE responding to White’s accusations.

White’s letter explained that the department was to set up a list of approved vendors for school districts to purchase laptops and other technology needs in light of increased virtual learning caused by COVID-19. Districts could either buy off that list, or could also purchase items from vendors not on that list, as long as they meet certain criteria.

“The Office of the State Auditor has learned that MDE has decided that no school — regardless of whether they meet the criteria — may purchase technology outside of MDE’s preferred list and be reimbursed,” White’s letter reads.

It also says that, “robbing districts of this flexibility will slow down their ability to buy computers for students who may need to learn at home. Multiple districts have contacted my office about this issue. Two districts have informed us that buying from MDE’s favored vendors will cost tens of thousands of dollars more than they would otherwise have to spend.”

During an Aug. 6 State Board of Education meeting, Department of Education officials went into great detail about how they selected the vendors to supply the state with necessary technology.

It boiled down to three main categories: could the company deliver a large volume in a short timeframe, did the company have experience in dealing with a large, complex order such as this, and what the company’s strategy was for delivering thousands of computers all across the state.

In their responding press release, MDE on Tuesday disputed that it was not allowing districts to purchase devices from vendors outside of the ones that they chose.

To do that, local school districts have to demonstrate to MDE that those products have the “software, security and support features of products on the (preferred vendor list), meet or exceed the technological specification and functionality required by the MDE, and can be purchased at a price that is less than any of the prices listed on the (preferred vendor list),” the press release read.

“The intent of the legislation is for MDE to use the buying power of the state so individual school districts are not competing against each other to find a vendor who can guarantee delivery of computers by within the deadline set by the law,” said Jason Dean, chairman of the Mississippi State Board of Education. “School districts around the country are having their computer deliveries delayed because millions of people around the world are all trying to buy computers at the same time.”

Hours after the department released its statement, White shot back a response with documents attached in a press release, showing multiple documented instances where the department said districts could not buy from vendors outside of the ones MDE has approved.

One attachment was an internal MDE email that said the state department negotiated these contracts based on what local districts said they needed and that after the contracts are signed, “districts should not purchase items on the (MDE preferred vendor list) from other vendors.”

In his response, White said he was glad that MDE has reversed course.

“Today MDE wrote a press release finally acknowledging that schools do not have to buy from MDE’s preferred vendors. I’m glad they changed their position, even if it did take them being called on the carpet. I hope this will give school districts at least some flexibility to buy outside of MDE’s favored vendor list.”