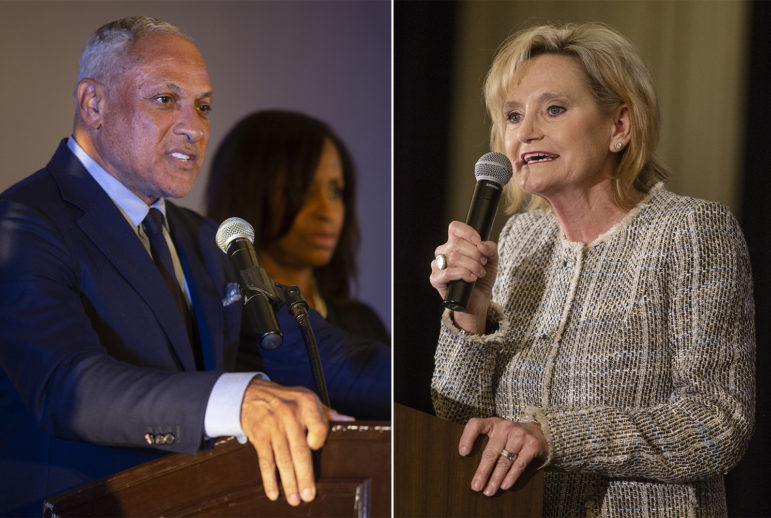 Two months from Election Day during one of the most uncertain political moments in American history, we asked top Mississippi politicos to share their thoughts on the 2020 U.S. Senate race between Sen. Cindy Hyde-Smith and Mike Espy.

Hyde-Smith, the Republican incumbent, has struggled to raise cash this cycle and has not yet built much campaign infrastructure, but she is banking on proxy support from President Donald Trump. Espy has built as robust a campaign as any Mississippi Democrat and hopes to break yet another racial barrier in his long political career.

Click on the names of political experts below to read more about what they think of the 2020 Senate race.

STUART STEVENS, best-selling author and longtime Republican political consultant who has been a top strategist for numerous presidential and congressional campaigns.

PAM SHAW, a longtime strategist who has focused her career in Mississippi politics on reaching and turning out Black voters.

“If you’re a Democrat, you can always count on older Black folk to show up,” Shaw said. “But you can’t count on them to show up during this pandemic. I know older Black people who haven’t missed a vote in many, many cycles who have not been out of their house since March. That has to be a very real concern (for Espy).”

“I tend to think that Trump voters are more likely to turn out in Mississippi than the folks wanting to beat Trump,” Barbour said. “I think that Cindy Hyde-Smith has an advantage there that she’ll get to ride with a big presidential turnout.”

MARVIN KING, associate professor of political science at the University of Mississippi.

“I think (Hyde-Smith’s) strategy of laying low is safe because she had some major gaffes in 2018,” King said. “As long as you’re polling ahead, despite not raising as much money recently, and as long as Trump is polling ahead, she can just say, ‘I’m a Trump Republican.’ That might be all she needs to do or say. My guess is her advisers know that.”

NATHAN SHRADER, chair of the Department of Government and Politics at Millsaps College.

“That has been my past impression of (Hyde-Smith’s) strategy, to ride on the coattails of the president,” Shrader said. “Think back to the special election in 2018 – Donald Trump’s visit. Part of his rhetoric was pretend I’m on the ballot when you go to vote for Cindy. Now she doesn’t have to rely on pretending he’s on the ballot.”

“The aftermath of George Floyd’s death has illuminated stark racial, social and economic disparities that grossly impact African Americans,” Orey said. “Those viewing race relations through a more conservative lens may have framed the violence that has taken place as ‘riots’ and ‘looting’ being conducted by ‘thugs.’ These voters will be more attracted to law and order campaign messages.”

“I think Espy has got a shot, but everything has to fall perfectly,” Wiseman said. “People would have to turn out to vote who probably haven’t turned out to vote since the Obama races in ’08 and ’12.”