Marvin King, associate professor of political science at the University of Mississippi, knows Mike Espy needs to win over moderate voters to win the election.

King said the notion of seeing a massive wave of moderate voters who voted for Trump in 2016 who will decide to vote for Espy in 2020 — or even Trump 2020 voters who also cast a vote for Espy on the same ballot — is tough to conceptualize. 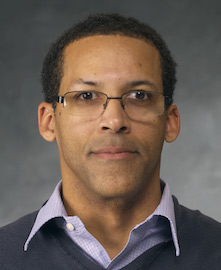 “I don’t know if there’s enough split-ticket voters,” King said. “If you’re in Mississippi and you want to vote for Trump, you sure as hell need him to hold onto the Senate. If Trump wins and Democrats take control of the Senate, much of Trump’s power is stripped and his presidency is weakened. For that reason, I just wonder if there are enough defectors.”

“I do almost wonder if Espy could make inroads, even great inroads, with suburban voters on the flag,” King continued. “He could say, ‘Let’s go vote for this new flag. Doesn’t matter which one.’ If Cindy Hyde-Smith were to say that, it would not come off as credible. So there are different ways to mobilize different voters. For some of those suburban voters who are sympathetic to Black Lives Matter, that might be a way of tying these things together in a way that gets more voters to come out.”

King also said he wonders if Joe Biden’s pick of Kamala Harris for vice president will energize Black voters in Mississippi to turn out in droves. Harris would be the first Black and Indian American vice president in the nation’s history. King pointed to 2008, when Democrat Travis Childers was elected to the U.S. Congress in Mississippi’s first congressional district, riding the historically high Black turnout that President Barack Obama garnered.

“Being the presidential year, Espy may make some of that Travis Childers magic. That’s a term I never thought I’d use seriously, but I think it’s possible,” King said. “Is there a chance Kamala Harris will get more Black voters out? I don’t think it’ll be to the level of Obama, but it’ll be higher than Clinton (in 2016). So if Mike Espy gets an extra 80,000-90,000 African American voters to turn out, maybe that gets him within striking distance.”

But in the end, King said he believes Hyde-Smith’s ties with Trump may be all she needs to win.

“I think her strategy of laying low is safe because she had some major gaffes in 2018,” King said. “As long as you’re polling ahead, despite not raising as much money recently, and as long as Trump is polling ahead, she can just say, ‘I’m a Trump Republican.’ That might be all she needs to do or say. My guess is her advisers know that.”

“But with that strategy, there’s just nothing for voters,” King continued. “I can see why folks might disengage from the political process. If you’re in a state like Mississippi with the same outcome all the time, you just throw your hands up and say, ‘What’s the point?’”