D’Andra Orey, professor of political science at Jackson State University, said the success of Espy’s focus on race during the 2020 Senate election, as the national Black Lives Matter movement rages on, could “depend on which narrative voters subscribe to.” 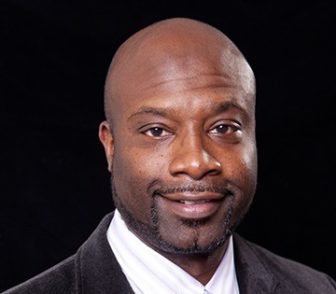 “Given the current racial climate in America, (Espy and Hyde-Smith) enter the contest where race is already a salient issue, so neither of the candidates will be forced to incorporate such language while on the stump,” Orey said. “I do expect, however, each of the candidates to use such language when speaking to their base. For example, it will be impossible for Espy to speak to his base without mentioning race-specific issues such as the deaths of George Floyd or Breonna Taylor. Hyde-Smith, on the other hand, will be expected to mention the protests as a need for law and order.”

Orey said much of what has occurred following the police shootings of George Floyd in Minnesota and Breonna Taylor in Kentucky has been framed differently by people with different political ideals.

“On the one hand, some may see George Floyd’s death as a blatant disregard for human life,” Orey said. “It is very hard to justify his death based on what has been shown to the public. They also frame the protests as uprisings as opposed to rioting. They view these protests very similar to how the framers viewed the Boston Tea Party and the inescapable violence during the American Revolution.”

Orey continued: “But the aftermath of Floyd’s death has also illuminated stark racial, social and economic disparities that grossly impact African Americans. Those viewing race relations through a more conservative lens may have framed the violence that has taken place as ‘riots’ and ‘looting’ being conducted by ‘thugs.’ These voters will be more attracted to law and order campaign messages.”