Nathan Shrader, chair of the Department of Government and Politics at Millsaps College, said he believes the pandemic limitations on retail campaigning will benefit Hyde-Smith. 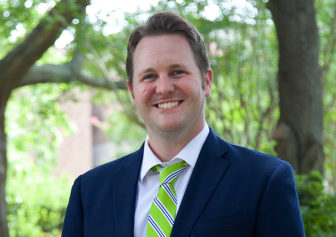 “In a traditional campaign year, it would be very good for Mike Espy for there to be a general souring on the leadership regarding COVID — that would help the challenger,” Shrader said. “There’s enthusiasm with Sen. Kamala Harris on the ticket — you see pictures of him with her when she visited the state. These are things that if it wasn’t the COVID campaign year, would be big notches on his belt. But I can’t tell right now how much is getting through to voters. We’re not having that face-to-face interaction. No Neshoba County Fair speeches, opportunities for a candidate to be one-on-one or meeting with people in small groups. I think Cindy Hyde-Smith has a weakness in that setting, in my view, and that is Espy’s strength.”

“I know just looking from looking at the emails, his campaign is trying to do as much as it can virtually,” Shrader said. “But I don’t know what the participation rate is like in those things.”

“That has been my past impression of (Hyde-Smith’s) strategy, to ride on the coattails of the president,” Shrader said. “Think back to the special election in 2018 – Donald Trump’s visit. Part of his rhetoric was, ‘Pretend I’m on the ballot when you go to vote for Cindy.’ Now she doesn’t have to rely on pretending he’s on the ballot.”

Shrader said Millsaps participated in polling in the spring and summer, and saw slight movement toward Biden, but Trump still led in Mississippi by 9 points.

“Something I see in Espy’s campaign … in 2018 his campaign felt a little Beltway-ish. This feels like it’s more of a Mississippi campaign, focusing on Mississippi-centric things. I think if there’s a chance here for him to pull out the win, he’ll have to focus on Mississippi-centric issues, the opposite of the nationalizing of things we’re seeing all over. It seems like he’s done a good job of localizing things.”

Shrader said he would like to see the candidates have multiple debates, and he believes voters would agree.

“I don’t think it helps her (not debating),” Shrader said. “I don’t think it causes anyone not voting for her to change, but for a voter on the fence — I think there could be an effect with some undecided voters.”

“I just hope that voters realize this is an extremely important race,” Shrader continued. “This is not just for two years to fill out the rest of Thad Cochran’s term. This is for a full term. If you want to voice support or opposition to things, you’re not going to get the opportunity to again soon.”