“I can’t tell if she’s just rope-a-doping or not, just saying, ‘Look, I’m not going to expose my past or anything, just assuming I’m going to win.’” 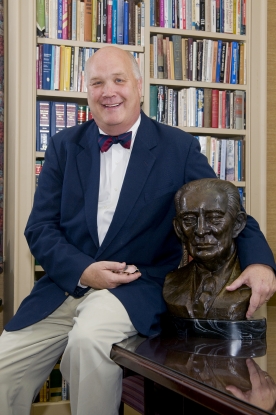 “It’s a simple strategy, and one we’ve seen many times in the past where the clear leader — not that it’s necessarily a huge lead that she’s got — just doesn’t get out and get exposed, particularly in a debate,” Wiseman said. “It risks giving the opponent a stage to make points on. I’m sure she’s got advisers not as comfortable as they want to be with the lead, but it’s steady.”

“On the other side of the coin you’ve got a candidate who could have held on to the 2nd District (U.S. House) of Mississippi for the rest of his life if he had chosen,” Wiseman said. “He had a good coalition of Black and white voters.”

Wiseman said it’s hard to predict how turnout — especially Black turnout — will be this cycle, given the pandemic, the flag vote, a medical marijuana initiative and a heated presidential race.

“Will the factor of having a first chance to vote for a female of color make a difference?” Wiseman said. “Female African Americans have proven they will find a way to get out and vote. That is a path that Espy has … I don’t know if the flag is going to bring a lot of people out either way. It didn’t the last time it was voted on. Medical marijuana? Hard to tell.”

“I think Espy has got a shot, but everything has to fall perfectly,” Wiseman said. “People would have to turn out to vote who probably haven’t turned out to vote since the Obama races in ’08 and ’12.”

Longtime politico Marty Wiseman: ‘Everything has to fall perfectly’ for Espy to win Senate race