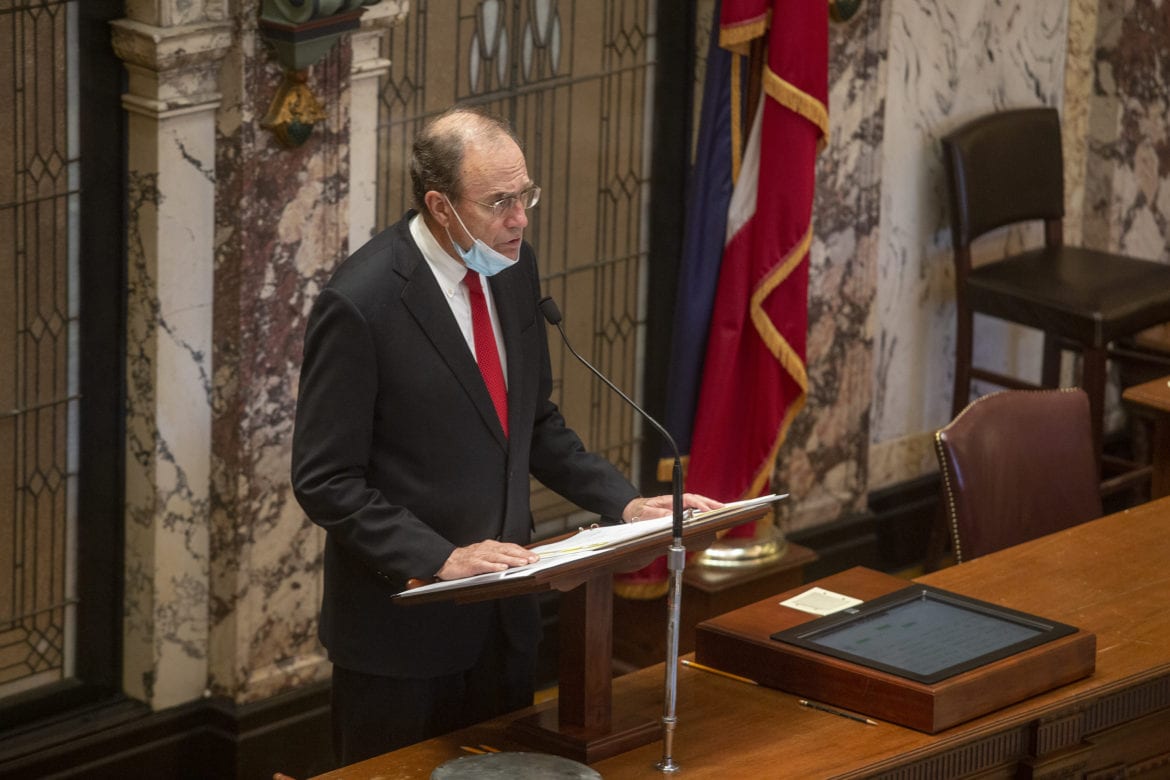 The Republican-led Mississippi Legislature voted to strip Republican Gov. Tate Reeves of his sole spending authority of more than a billion dollars in federal coronavirus stimulus funds on Friday.

Lawmakers returned to the Capitol more than two weeks earlier than planned to claim spending control of the $1.25 billion in federal Coronavirus Aid, Relief, and Economic Security (CARES) Act funds.

Before both chambers passed the bill Friday afternoon, Republican House Speaker Philip Gunn and Republican Lt. Gov. Delbert Hosemann rebuked Reeves, who for weeks insisted he should have sole spending authority of the funds.

“The governor says that by letting him spend the money, he can get it where it needs to go more quickly,” Gunn said on Friday morning.” That makes for a good sound bite, but what voice does that give to our citizens in the decision making process? Under our system of government, the only place and the one place where the citizens have the voice in how their taxpayer dollars are spent is in the Legislature.”

The process began on Friday afternoon in the House, where members amended Senate Bill 2772 to move $1.15 billion of the federal funds to the budget contingency fund where the federal money could not be spent without legislative action. The bill that was amended is known as “the transfer bill” that is passed every year to establish a mechanism to move state funds around to meet various budget needs. Legislators left $100 million of the federal money in a fund that could be accessed by state agencies if they had immediate needs related to COVID-19.

The House passed the bill unanimously by a vote of 112-0. In the Senate, only Sens. Chris McDaniel, R-Ellisville, and Melanie Sojourner, R-Natchez, voted against it. Sen. John Horhn, D-Jackson, voted present.

The Legislature had been in recess since mid-March because of COVID-19 safety concerns, but last week they scheduled a May 18 return. As Reeves ratcheted up comments about how he’d spend the funds, legislative leaders opted to call the legislators back into session on Friday to ensure that Reeves would not be able to begin spending the stimulus funds on his own.

While the Senate was debating the bill on Friday, Reeves held a news conference across the street from the Capitol. He accused legislators of engaging “in petty political difference” and said under “the worse case scenario (because of the legislative action), people will die.”

Reeves said the Legislature was trying “to steal” the federal spending authority.

“I cannot do my job without the funds the Trump administration acquired and expects the governors to use,” he said.

Reeves said he was using the funds just as former Gov. Haley Barbour used federal funds after Hurricane Katrina in 2005 and the Great Recession in 2008-09, and as former Gov. Phil Bryant used funds the state received after the 2010 BP Oil spill in the Gulf of Mexico.

The Legislature’s actions could force the extra 300 people hired to handle unemployment claims to be laid off, Reeves said, because they were going to be paid with the federal funds. Legislators did leave $100 million in a fund to pay for immediate coronavirus needs and will be back later this month, when they will presumably appropriate additional federal funds to deal with the pandemic.

The governor also indicated that he might ignore the bill because he said it was in conflict with other state laws, but he would not say on Friday whether he would veto it. When the Legislature is in session, the governor has five days to veto a bill after it is passed.

“In an emergency, a governor is responsible,” Reeves said. “You cannot manage an emergency by committee. Somebody has to be in charge.”

Legislators repeatedly said no one person should have sole authority of the funds.

“We think the governor has done a good job in the pandemic,” Hosemann said. “This is not about the governor… this is about the process for the money that was given to the state of Mississippi and it should be allocated by the Legislature.”

“What we are doing is not about politics, but about preserving the people’s voice in government” said Rep. Jason White, R-West and Speaker Pro Tem of the House.

About $1 billion in additional funds in the CARES Act was sent to various state governmental and education entities, including $34 million to the governor to be used for educational purposes. The Legislature did not try to address those funds Friday.

Legislators met in bizarre circumstances. The Capitol, which normally is bustling when the Legislature is in session, was near empty. Those entering the building had their temperature checked before they could walk inside. Access to the chambers was limited.

In the House, many legislators listened in offices on the sound system and members were given time to come to the chamber to ask questions, make a motion or to vote. The Senate spaced out senators by putting some in the gallery, typically where visitors come to watch. Most everyone was wearing masks.

by Kayleigh Skinner, Mississippi Today
May 1, 2020