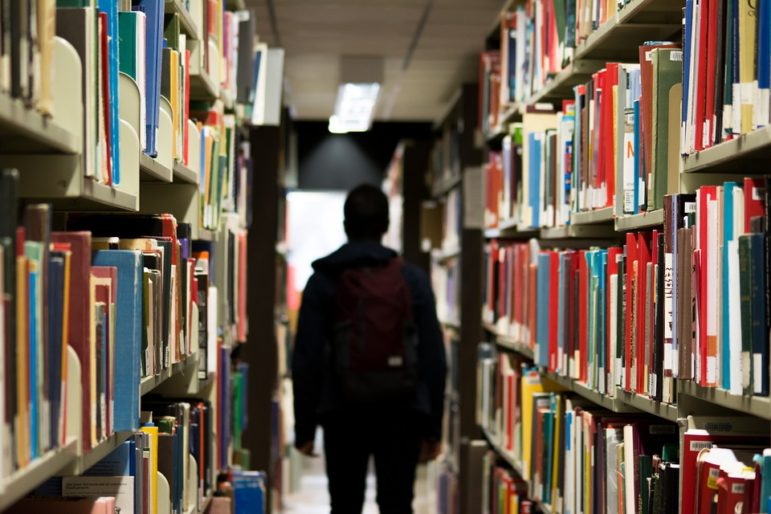 Some educators say that having the Praxis exam as the main path to a licence fails both would-be teachers and students.

After serving in the military and graduating from Delta State University, Rolander Harbin, 46, has been teaching health and physical education for more than two decades in Mississippi Delta schools. While teaching, Harbin lacked proper certification. He spent over 10 years taking and retaking sections of the Praxis licensure exams, easily missing the mark by two to three points on a given area, he said.

“It never made me happy when I knew I had to take the test.” Harbin said. “I can teach. I can do lesson plans. I can do everything that’s required of me to do, but I wasn’t able to pass the test.”

Frustrated and overworked as a long-term substitute, he lost his job last year to a certified teacher, he said. He’s currently working in the aviation department at Delta State, hoping to get back into K-12 schools.

Harbin’s story isn’t uncommon. Other teachers across the state struggle to pass Praxis exams to become certified in Mississippi classrooms, especially in the Delta, where in some districts as much as a third of the teachers are not certified. 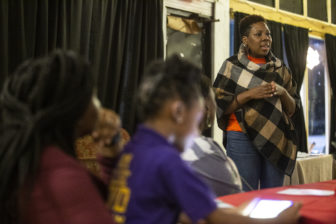 Adrienne Hudson, speaking here to fellow educators during RISE Teacher’s Night Out in Clarksdale Wednesday, December 20, 2018, said suspending the test for licensure is a game changer when it comes to the teacher shortage.

This test, which served as a hurdle for many, will no longer be a barrier for candidates for the foreseeable future due to the coronavirus.

Ahead of Gov. Tate Reeves’ announcement to close school buildings for the remainder of the semester to help slow the spread, the Mississippi Department of Education preemptively took measures to ensure teachers and teacher candidates will be legally able to teach in classrooms next school year. In late March, the Mississippi State Board of Education suspended multiple requirements for teacher candidates surrounding licensure. For the time being, the Praxis is no longer necessary to obtain a license.

“As with any assessment, there are some people who just don’t test well and so I think this will provide an opportunity for some potential teacher candidates who have not been able to obtain a license in the past,” said Kelly Riley, executive director of Mississippi Professional Educators.

To become a certified teacher in Mississippi, one needs to obtain a license from the state Department of Education. Depending on the route, earning a license can require hours of student teaching time and the passage of a series of difficult exams, usually consisting of four to five different tests.

The Praxis Core, created by Educational Testing Services, is a national certification exam used to measure would-be teachers’ content knowledge in subjects like reading, math, and writing. The Praxis Core combined exam costs $150; an individual section, or re-take on one section is $90. Non-core subject area tests average around $120 for a two-hour test. For many teacher candidates, the exam is costly, time consuming, and has been a disproportionate roadblock to licensure for black and Hispanic people, Mississippi Today previously reported.

The state board suspended several policies regarding teacher licensure. Teacher candidates applying to educator prep programs before Dec. 31, 2021, are exempt from the testing requirement, which means they do not have to take the Praxis Core or score a 21 or higher on the ACT to gain entry. They just need a bachelor’s degree in the area they intend to teach and be licensed in, or have a bachelor’s degree in any area with at least 18 hours of coursework in the area they intend to be licensed in.

Those applying for a license are also exempt from testing requirements, as testing centers are closed and test dates have been postponed. Licensed teachers who were set to renew their licenses by June of this year now have a one-year extension because many of the conferences and professional development opportunities for educators to earn the units necessary to renew their licenses have been cancelled.

Additionally, student teachers need to complete 12 weeks of full-day student teaching in order to receive a license. With schools closed for the rest of the semester that is no longer feasible, so the board issued a one year extension and allowed time spent doing virtual learning to count towards those hours.

Before the coronavirus forced the state Legislature to suspend the 2020 session, a bill was making its way through the legislative process that also would have eased the requirements on obtaining a license. Currently, without any waivers a teacher must earn either a 21 or higher on the ACT or a passing score on the Praxis, “and” a minimum 3.0 GPA on coursework before they are admitted to a prep program. The bill would have changed the law’s language to “or,” meaning a candidate could achieve any one of those requirements alone.

The Legislature will have to meet again before the new fiscal year begins in July to set a budget for the state, but some non-fiscal bills that were alive when the session adjourned may not be taken up again, meaning they may have to wait until next year.

“This is probably going to open up some doors for the Mississippi Department of Education, as well as legislators, to start looking at other options for potential educators,” said Erica Jones, president of the Mississippi Association of Educators. “I have always felt that the test alone should not be the sole indicator of whether people are qualified to be in the classroom.”

But some education experts think Mississippi is taking the licensure waivers too far. 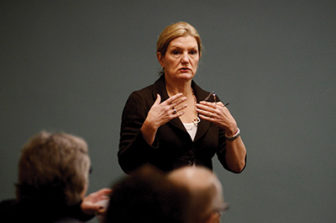 Kate Walsh of the National Council on Teacher Quality said “it is frustrating to see states show not very much regard for their licensing structures.”

“The idea that in the Spring of 2020 tests are unavailable to take and [MDE] therefore exempts teachers from ever having to take them seems to me to be not in the best interest of kids. These are tests that assess whether a teacher can read, write on an eighth grade level and knows the content they’re teaching,” said Kate Walsh, president of the National Council on Teacher Quality.

Walsh said that Mississippi appears to be an outlier in its response to changing licensing requirements in light of the coronavirus. Most states are distributing one-year emergency licenses until testing can resume; this is what Walsh recommends as best practice.

“For years states kind of abused [emergency] licenses to use them to cover a hole or use it for things that wouldn’t be classified as an emergency. Here we are in a legitimate emergency, so use that license for this purpose,” Walsh said. “I can’t understand why Mississippi would simply say, ‘You get five years [to teach].’”

She added that doing away with tests completely suggests that MDE doesn’t see the certification exams as meaningful.

“It is frustrating to see states show not very much regard for their licensing structures,” Walsh said. “If that’s the case, maybe they should be thinking about doing something else. But this doesn’t add up.”

Regardless, the licensing change is helping teachers who would otherwise be considered qualified but can’t pass the Praxis become fully certified.

Larry Stokes’ reign as a seven-year long-term sub in Clarksdale schools came to end in 2017 when he finally became a certified teacher. This was not his dream — he has a bachelor’s degree in health and physical education, and a masters degree in technology in teaching. But the need for math teachers in his district was critical, and he felt he could be more useful in that subject.

Stokes failed the former Praxis Pre-Professional Skills Test (PPST) and Praxis Core over fifteen times until last summer, when he got a three-year special, nonrenewable license to teach math.

“I feel I have no business teaching math although my students show growth and proficiency, yet and still, that is not my field of study. If we were to get the right people who went to college for that area, these students will show more success,” he said.

Though he was happy to hear of the no-testing requirement for prospective educators, he thinks the test should be rid of for good. Stokes said he witnessed excellent teachers quit the profession who became cashiers and restaurant workers. They were discouraged by testing in content areas unfamiliar to their study.

“They got so discouraged to the point they will not try again,” he added. “You’re failing the teacher with your policies and failing the students. We are keeping these great teachers out of the classroom due to a test.”

Suspending the testing requirements will be a “game changer in the world of teacher shortage,” as a way to level the playing field with teacher applicants, said Adrienne Hudson, executive director and founder of RISE.

Hudson said she realizes those who aren’t in favor of this decision don’t understand the landscape of the education issues. For example, less students are showing interest in pursuing education, she added. The most recent Title II data showed about 2,600 students enrolled in Mississippi prep programs. However, in 2009, nearly 4,000 students enrolled.

“At the end of the day, I realize those individuals have never walked in (a) school where 60 percent of the staff were on temporary licenses,” she said. “If they understood, they would have empathy.”