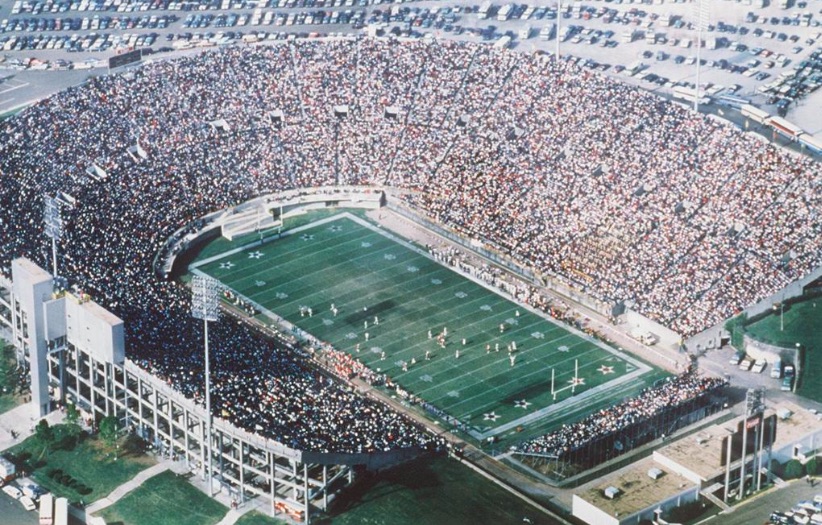 More than 63,000 people crammed into Mississippi Veterans Memorial Stadium on Nov. 4, 1984, to watch “The Game of the Century,” which featured Alcorn State and Mississippi Valley State.

“The Vet” – an ambitious, hour-long documentary on the storied history of Mississippi Veterans Memorial Stadium – airs this weekend on TV stations around Mississippi.

The dilemma that faced producers Jon and Henry Wiener, the Bash Brothers of film-making Bash Brothers Media, was how to capture so much history – so many heroes, so much drama, so many memorable games – in under 60 minutes.

“Hell, you could do 60 minutes on Artie Cosby’s kick back in 1983,” I remember telling Jon Wiener when he first told me of their idea.

I said that, not taking into account that the Wiener brothers weren’t born back in 1983. I was 30, and I was there, standing just beyond the end zone when Brent Parker took a perfect snap and put the ball down on the 17-yard-line on the south end of the stadium. Artie Cosby, who was 19 and could have passed for 16, swung his leg and hit the ball perfectly. What happened next was the damnedest thing I had seen in my life. Still is. As was chronicled in the next day’s papers, it was the only kick ever celebrated by both the losing and winning teams.

Mississippi State players celebrated as Cosby’s kick headed right through the middle of the uprights. Then Ole Miss players celebrated when a gust of wind – had to be 50 or 60 mph – blew the ball straight up into the air and then back toward the dumbfounded players until it fell to the ground in the end zone.

Cosby said he hit the ball perfectly, then looked up expecting to see the ball go through the goal posts. Instead, he said, he saw the ball just suspended in the air. Minutes later, Emory Bellard, the State coach, told me, “It was like God said, ‘No, Mississippi State, you’re not going to win this game.’”

Still later, people walked beneath those goal posts and looked up into the sky, seemingly asking themselves, “How in the world did that happen?”

Of all the many spectacular happenings I saw at Veterans Memorial Stadium, that was the strangest. 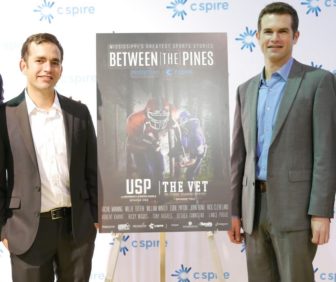 Henry Wiener (left) and Jon Wiener teamed to produce The Vet, a documentary on the storied history of Mississippi Veterans Memorial Stadium.

The Weiners’ documentary covers that – and so much more that occurred in that old, gray lady we now call The Vet.

It covers Walter and Eddie Payton and those Jackson State teams that integrated the stadium. It covers Archie Manning, who had some of his finest moments there. It covers the doubleheaders that often made Jackson the center of the college football world.

It covers Nov. 1, 1980, when Mississippi State shocked the football universe, defeating No. 1 ranked Alabama and Bear Bryant 6-3. Bama, a 20-point favorite, had defeated State 22 straight times and had won 26 consecutive SEC games. Not a single State player had been alive the last time State had defeated Alabama.

Back then, Bryant’s Crimson juggernaut was every bit as feared as Nick Saban’s today. Bama lost football games about as often as America elected presidents. But the Tide lost on that warm autumn afternoon, three days before Ronald Reagan was elected president.

“Everybody was going crazy, yelling and jumping up and down, spraying Cokes on each other. And then there was hush that kind of rolled across the locker room and I looked up to see what it was. There was Coach Bryant, a highway patrolman helping him up on a metal chair, and he told us that we deserved to win and don’t let anybody tell us differently.”

Special. That moment and that day surely were that.

And so was another November afternoon four years later when undefeated Mississippi Valley State, featuring Jerry Rice and Willie Totten, faced off against undefeated Alcorn State on a Sunday. Every seat – over 60,000 – was taken and people were sitting in the aisles for what the P.A. announcer called, “The game of the century.”

The game was supposed to have been played in Itta Bena, where capacity was less than 10,000. A month earlier, I suggested they play the game in Jackson on Sunday since a doubleheader was scheduled that Saturday. Both schools went for it and the result was the biggest pay day in history of either school – and a humdinger of a game Alcorn won 42-28.

The game was telecast, statewide, going head-to-head with NFL games, which came in a distant second to Alcorn-Valley. Thirty-four years later, it seems impossible, but it happened. So did Cosby’s kick, 6 to 3, Walter, Archie Who, and so, so much more.

I can’t imagine trying to cover it all in under an hour, but I am surely going to watch the Bash Brothers give it a whirl.

Here are the stations and times for “The Vet,” which is presented by C Spire:

The Vet: So much rich Mississippi history