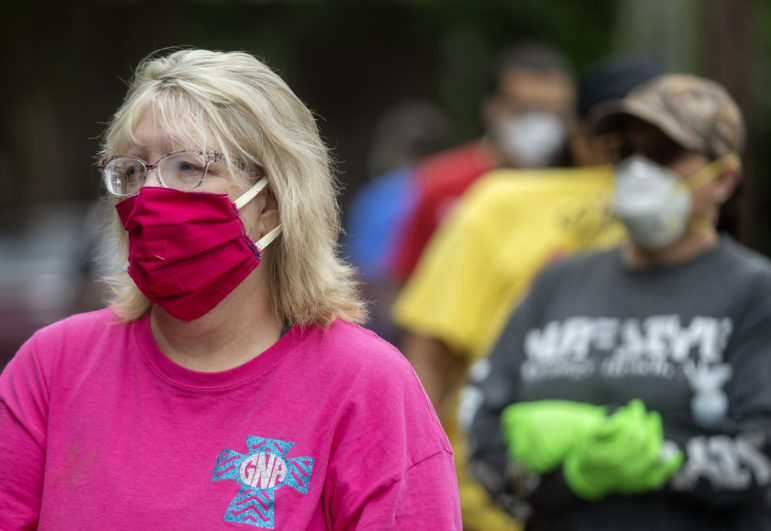 Masks are worn as hand sanitizer is distributed at Corner Market on Fortification Street in Jackson, Miss., Wednesday, April 8, 2020.

Mississippians will be expected to mask up through September.

Gov. Tate Reeves said Monday he has extended an executive order mandating the wearing of masks in public places in an effort to curb the COVID-19 pandemic. The executive order was scheduled to expire Monday morning, but now expires on Sept. 30 at 5 p.m.

Reeves reported 145 new cases of COVID-19 and nine new deaths Monday. He said the number of new deaths was “the lowest in recent memory.” Reeves said for the first time in weeks, the seven day total new cases had dipped to below 3,000. It peaked at more than 9,000 in late July.

While the mask mandate remains in effect, Reeves did ease restrictions on restaurants and other retail establishments. For instance, the capacity at restaurants has been increased from 50% of normal maximum capacity to 75%.

Reeves imposed the mask mandate in early August, making it the last of the 34 states to impose a statewide mandate.