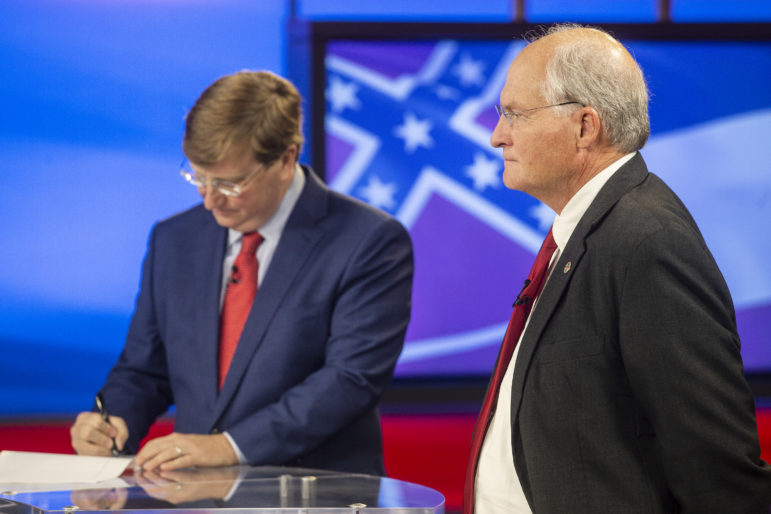 Lt. Gov. Tate Reeves and former state chief justice Bill Waller Jr. duked it out over who is the more conservative candidate on Wednesday night in a final televised debate ahead of the Republican primary runoff for governor.

Reeves, the long-presumed GOP front-runner who has outraised Waller 10-to-1, questioned whether Waller and his policies on health care and infrastructure are conservative.

During the televised debate and in an interview with reporters afterward, Waller defended those proposals and his own brand of conservatism. 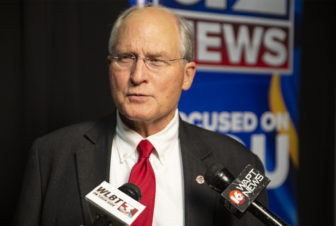 As they jousted, each man claimed a different conservative icon as representative of their ideals. For Waller’s positions on a gas tax increase and what he calls Medicaid reform, as opposed to expansion, he invoked former President Ronald Reagan and Vice President Mike Pence, respectively. For Reeves, it was President Donald Trump.

State Rep. Robert Foster, who has since endorsed Waller, received 18 percent of the vote. Foster traveled with Waller on Wednesday and spoke with Mississippi Today on Waller’s behalf after the debate ended.

“It’s absurd,” Foster said of Reeves’ claim that Waller’s policies are not conservative. “What’s not conservative to me is to not do anything and continue to have the worst health care system, the worst education system and one of the worst infrastructure systems in the whole nation. If you want to get out of that bottom rung on those major issues, you’ve got to start trying to figure out what we can legally and rationally do.”

During the debate, Reeves read his closing statement from a notebook and scribbled notes as Waller spoke. Similar to a pre-primary debate, Reeves talked little about forward facing policy solutions, instead focusing on gains in public education and the economy during his eight years as lieutenant governor.

Several times on the stage, the lieutenant governor agreed with Waller. But Reeves often went out of his way to shoot down many of Waller’s main platform tenets, repeating a favorite talking point that he is the only conservative left in the 2019 governor’s race. 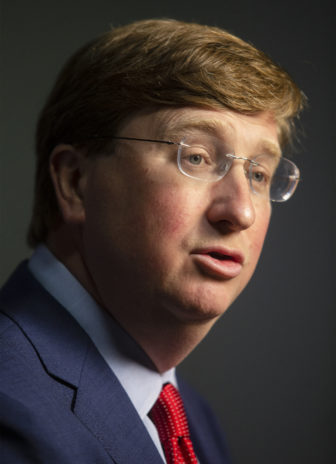 “My opponent Bill Waller is a good man. I respect him. I just don’t agree with his policy proposals,” Reeves said. “I think Obamacare was a mistake. Judge Waller would expand Obamacare and add 300,000 more Mississippians to the government rolls. I think taxes are too high. Judge Waller would raise the gas tax, costing Mississippi families $500 a year. If you want higher taxes and more Obamacare, then Judge Waller is your candidate. But if you want a real conservative leading the party in the November general election, I’m your man.”

Waller, during the debate, did not use the notebook provided by the debate host WJTV. He focused his camera time on convincing viewers of solutions to the potential closing of hospitals, infrastructure and public education.

“In the election we just had, more than 50 percent of Mississippians agreed with my plan that we need help with health care, education and roads and bridges,” Waller said. “I’m not satisfied with it, the people aren’t satisfied with it. There are conservative solutions. And, by the way, the increase (extra cost of an increased gas tax) is $6.67 a month, not $500. With my experience with 29 years in the military, 10 years as head of a branch of service, I’m the candidate to win in November, and I’m the best conservative to lead this state.”