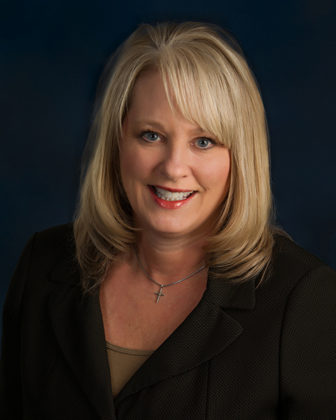 Diana Mikula, director of the Mississippi Department of Mental Health.

After years of state and federal scrutiny, the Department of Mental Health’s top executive took the stand in federal court Thursday to defend her agency, providing rare insight into the agency — and, possibly, ammunition for those with questions about her oversight of the state’s biggest mental health provider.

In testimony that pivoted between defending the department’s policies and blaming the state for creating them, Diana Mikula, the agency’s executive director, contradicted earlier statements from her top aides and avoided questions about finances and operations.

The crux of the lawsuit, which the federal government brought against Mississippi, is that the state treats its system of community-based care — long the federal standard — as an afterthought, relying instead on an outdated network of state hospitals.

At one point during her testimony, U.S. District Court Judge Carlton Reeves pressed Mikula to clarify why she and her top deputy, Steve Allen, had different answers for whether the state had developed a comprehensive plan, known as an “Olmstead Plan,” to shift patient care to the communities. Earlier in her testimony, Mikula told the court that the agency had an Olmstead Plan, made up of several different documents. But in his testimony two days earlier, Allen had said the agency lacked such a plan.

“So I’m just trying to figure out if there’s an Olmstead Plan,” Reeves said.

Mikula explained that she and Allen shared the same vision for the department, “but (Allen) has not read these Olmstead plans. They’re somewhat dated.”

Although Mississippi is the sole defendant in the case, the Department of Mental Health oversees the vast majority of state services for people with mental illness and, therefore, has taken the brunt of the blame for problems.

“I am absolutely stunned that the Department of Mental Health continues to support their institutions,” said Gov. Phil Bryant at the Children’s Mental Health Summit in 2017. “In the 1990s they built several of these across the state because that was the standard of care. But they’re reinforcing old continuums of mental health care. We’re being sued by the federal government. We should be putting more (resources) into community based care.”

In testimony last week, Mikula agreed that the state had missed some of its targets, but also pointed a finger at the Legislature, arguing that two years of budget cuts, totaling nearly $30 million, had crippled the agency’s attempts to build up its community-based services.

The result, Mikula said, was that the agency put its plans on hold.

“We know the services that we need to apply. We don’t have a plan. We’re trying to work with our appropriation, and we know the services we want. The plan is to use the money whenever it is available,” Mikula said, her voice rising.

Despite Mikula’s testimony that the state’s own cuts were hampering Mississippi’s expansion of services, the defense has worked to paint Mississippi as committed to improving its system and progress within Mississippi’s mental health system as slow but steady. The only thing Mississippi needs, according to attorney James Shelson, is “time to finish the job.”

But Mikula’s testimony revealed an agency hampered by poor communication and outdated technology.

For years Mississippi has faced criticism for using jails as default holding areas for people with severe mental illness while these patients wait for either a judge to officially commit them to a state hospital or, once committed, for a hospital bed to open up.

Mikula told the court that she “would like to see that process stopped.” But she also acknowledged that the state has no system of tracking people who have been taken to jail for their mental illness until a judge has committed them. The the Department of Mental Health only hears about these individuals once the order to commit is faxed to a state hospital’s admission offices, she said.

On several occasions since the trial began on June 4, experts and state employees have testified that the Department of Mental Health often neglects to enroll patients who qualify for Medicaid in the program. And even when patients are enrolled, Mississippi’s state facilities fail to bill the agency. Since every dollar the state spends on Medicaid is matched with three federal dollars, this costs the state money and limits programs the state could offer.

The Department of Justice argues the state has known about this problem since 2015 when a state report highlighted the oversight. The report recommended the agency require its PACT teams, which offer comprehensive community services to people with severe mental illness, to bill Medicaid for all direct services.

“As of Dec. 31, 2018, there is no such requirement. Is that correct?” asked Justice Department attorney Matthew Schutzer.

Mikula answered yes, adding of community health centers: “I am not aware (that) they are not billing, but there is no formal requirement to tell them they have to.”

Last year, the Legislature ended the back-to-back cuts and level-funded the agency. Mikula said the Department of Mental Health was then able to transfer $10 million from its institutional budget into community-based services, something that has allowed the agency to increase PACT teams and to provide critical stabilization units at all of its Community Mental Health Centers.

Pointing out these improvements, Shelson, Mississippi’s attorney, indicated that the need for an Olmstead Plan had been over-hyped.

“How did DMH shift $10 million without a five-year plan?” Shelson asked.

“Because in July of 2017 we knew a budget cut was coming up and … we didn’t have five years to figure it out,” Mikula said.