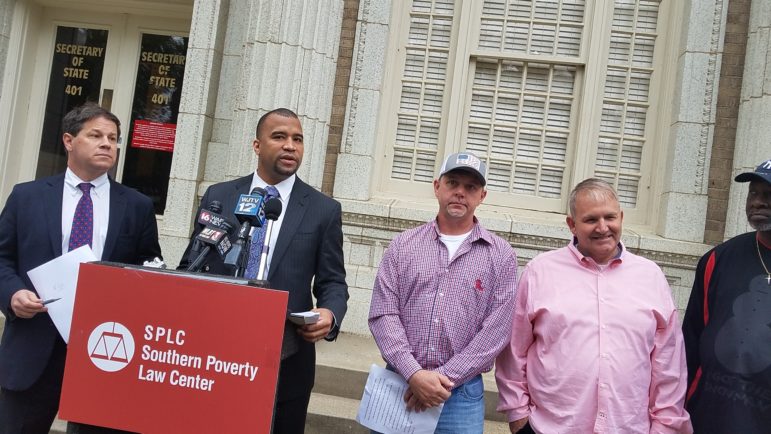 A federal judge has granted class action status to a lawsuit challenging the constitutionality of Mississippi’s felony disenfranchisement laws.

Chief U.S. District Judge Daniel P. Jordan III granted class certification this week in a suit filed on behalf of five men who say the state has stripped them of their voting rights through a set of laws that violates the U.S. Constitution. Those laws, established by the state constitution of 1890, dictate how people convicted of certain crimes can have their suffrage taken away and restored.

The judge’s rulings on the suit could now affect not just the five named plaintiffs, but any person who is convicted of a disqualifying crime and who has completed the term of incarceration, supervised release, parole and/or probation for the conviction.

“We think it’s important so that every disenfranchised Mississippian feels that he or she are represented in this case,” said Jon Youngwood, a lawyer with the New York-based firm Simpson Thacher & Bartlett LLP, which is representing plaintiffs alongside the Southern Poverty Law Center.

Plaintiffs estimate the class could extend to as many as 30,000 other Mississippians whose lost voting rights could now be affected by a judge’s ruling on the suit.

Another lawsuit by the Mississippi Center for Justice, arguing that the state’s felony disenfranchisement laws discriminate against African Americans, is also on Jordan’s docket. The defendant in both cases is Secretary of State Delbert Hosemann, whose office handles elections.

The state currently bans people who are convicted of a set of disqualifying crimes from voting for the rest of their lives. Those crimes were established by the state constitution in 1890, post-Reconstruction.

Rape and murder were added to the list in 1968, and as of 2012, the attorney general’s office has identified 22 crimes currently in statute that are disenfranchising, including theft, arson, perjury, embezzlement and timber larceny. Many crimes, such as drug felonies, are not on the list.

By one estimate, Mississippi now ranks first in the nation for its rate of disenfranchised  residents.

Plaintiffs in the SPLC suit say the lifetime voting ban violates the Eighth Amendment, which bars cruel and unusual punishment, and Fourteenth Amendment, which allows states only to temporarily “abridge” someone’s voting rights following a crime. Plaintiffs also allege that the mechanism by which suffrage is restored violates the equal protection clause of the First and Fourteenth amendments.

People convicted of disenfranchising felonies can only get their voting rights back through two ways: by having a legislator sponsor a suffrage bill, which then must be approved by two-thirds of both the House and the Senate, or by the governor’s pardon.

According to court filings, Hosemann’s office argued that the only people who should be considered as part of the class were those who had completed “all terms of their full sentence,” including “payment of fines or restitution.”

For now, the judge has defined the class to include people who haven’t paid off fines or restitution.

In Florida, where voters passed a ballot initiative to restore voting rights to 1.4 million people who had otherwise completed their felony sentences, many are discovering that old fines and fees tacked onto their sentences are still a barrier to the vote.

This week, the House passed a bill to establish a study committee on voter disenfranchisement in Mississippi.