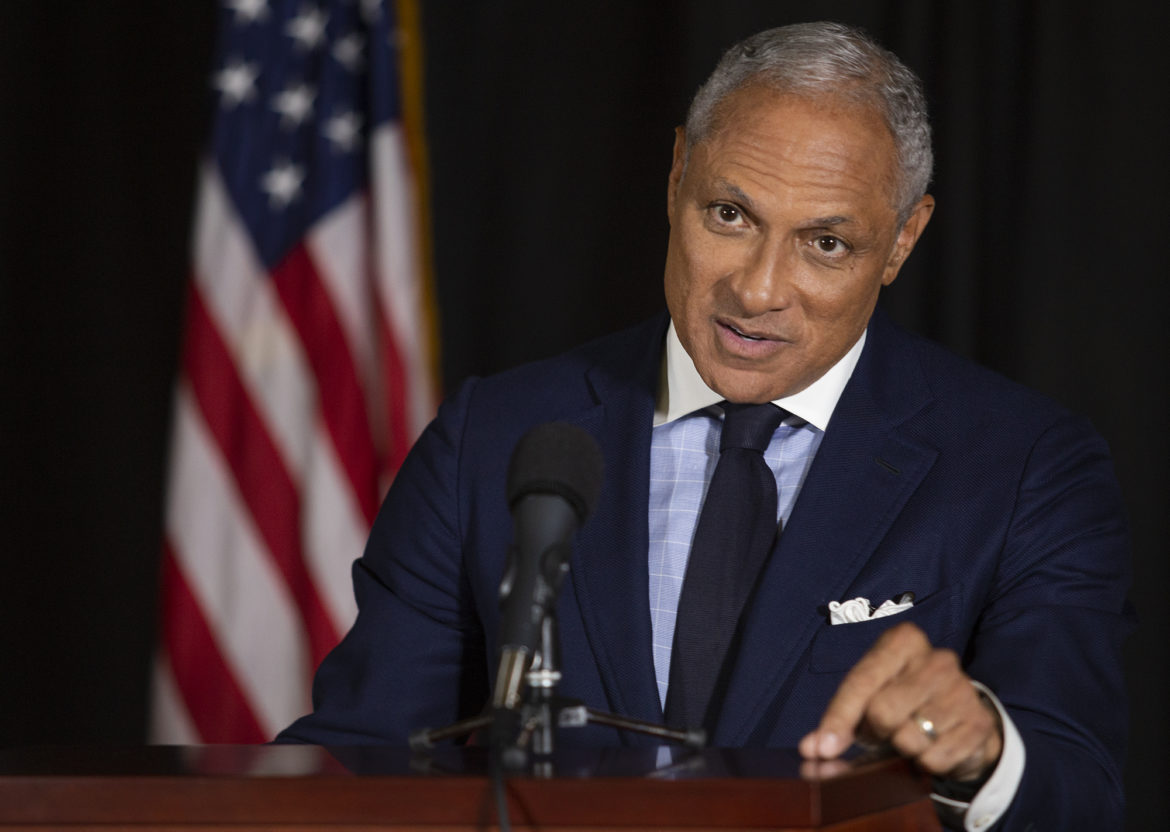 Mike Espy speaks to media after his debate against Sen. Cindy Hyde-Smith inside the Farm Bureau Federation auditorium Tuesday, November 20, 2018.

Mike Espy, not deterred by Tuesday’s loss to Cindy Hyde-Smith in the U.S. Senate special election, already appears to be making plans to challenge her in 2020.

Espy, who garnered the largest percentage of vote of any Democrat running statewide for a federal office since at least 1988, filed on Friday a “statement of candidacy” with the Federal Election Commission to run again in 2020.

Essentially, that means he will continue to have to file any contributions of expenditures in excess of $5,000, a FEC spokesman explained Friday.

At some point closer to the 2020 election, he and other candidates interested in the race will have to qualify on the state level. Espy, a Democrat, would file with the state party.

Brad Chism, a senior strategist for the Espy 2018 campaign, said Friday said he could not comment on any future campaigns, but said, “He (Espy) was encouraged by the results on Tuesday. He believes there is a movement afoot and that Mississippi has a brighter future.”

Hyde-Smith, a Republican, originally appointed to the position in April by Gov. Phil Bryant after long-time Sen. Thad Cochran stepped down for health reasons, defeated Espy 54 percent to 46 percent in unofficial returns. The final numbers are not expected to be available from the Secretary of State’s office until probably Dec. 7.

Espy and Hyde-Smith were the top two vote-getters in the Nov. 6 election and advanced to a runoff after neither garnered a majority vote.

Espy, who turned 65 Friday, might have given hints in his concession speech Tuesday night that he was contemplating running again.

He said, “Make no mistake—tonight is the beginning, not the end. When this many people show up, stand up, and speak up, it is not a loss. It is a moment. It is a movement. And we are not going to stop moving our state forward just because of one election. I look forward to finding new ways to do just that.”

The history-making race garnered considerable national attention. First, it was the only Senate race not decided on Nov. 6 and, in addition, there was additional spotlight placed on the contest because of controversial comments Hyde-Smith was caught saying.

Hyde-Smith said she would be willing to sit on the front row of a public hanging if invited by a supporter and she voiced support for suppressing liberal votes at some Mississippi universities. She eventually apologized for the remarks and said she was joking in making them.

The runoff was unique in that Espy actually generated more votes in the runoff than he and the other Democrat – Tobey Bartee of Gautier – totaled in the first election – a rare feat most political pundits said.

The 2020 election contests also will include the office of president where normally in Mississippi more than  1.1 million people vote.

Rematch in 2020? Espy files statement of candidacy to challenge Hyde-Smith