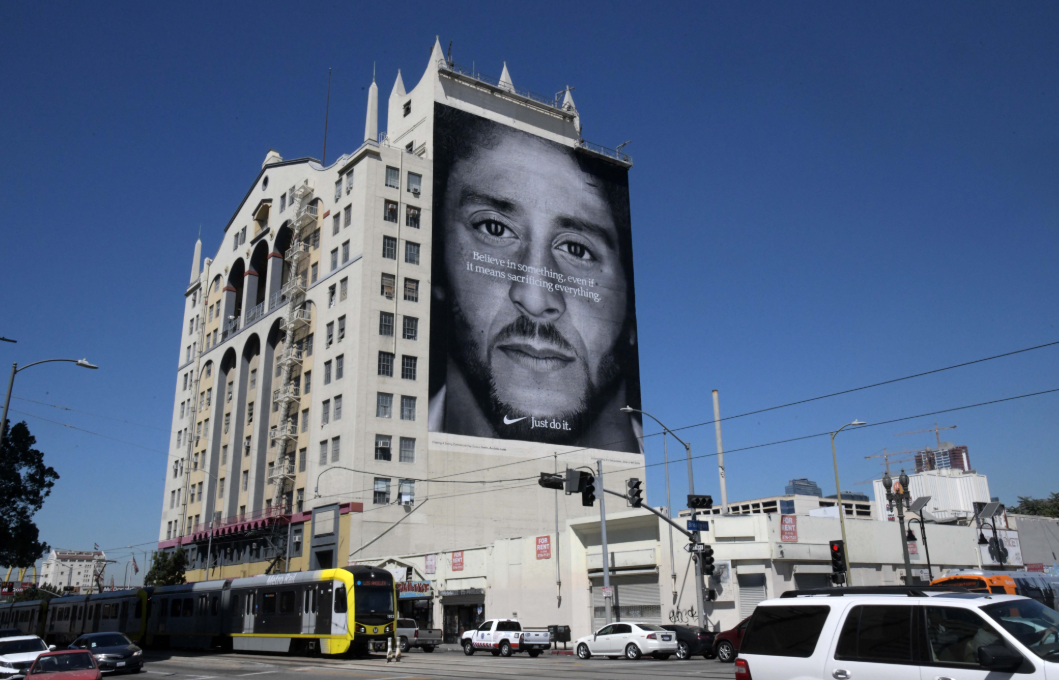 General overall view of Nike ad featuring former San Francisco 49ers quarterback Colin Kaepernick to commemorate the 30th anniversary of the "Just Do It" campaign on the side of building on W. Washington Blvd. between S. Hill Street and S. Broadway in Los Angeles, Friday, Sept., 14, 2018. “Believe in something,” the advertisement reads in white letters in front of a black-and-white portrait of Kaepernick. “Even if it means sacrificing everything.”

The Mississippi Department of Public Safety, which includes the state’s Highway Patrol troopers, will no longer purchase any Nike products, according to Commissioner Marshall Fisher and Gov. Phil Bryant.

The decision by the public-safety department is a reaction to a recent Nike decision to run an ad campaign starring Colin Kaepernick. In 2016, as quarterback for the San Francisco 49ers, Kaepernick began sitting and, then, kneeling during the national anthem to protest social injustice, particularly police killings of African Americans. 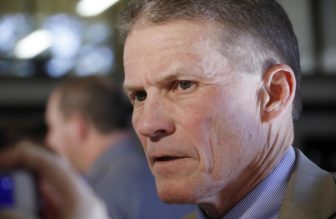 In response to an inquiry by Mississippi Today, Fisher said: “As commissioner of the Department of Public Safety, I will not support vendors who do not support law enforcement and the military.”

“I support the commissioner’s decision,” Bryant said in a statement to Mississippi Today. “He has a right to determine what vendors DPS does business with, and it’s not going to be with a company that pays an individual who has slandered our fine men and women in law enforcement.”

Sen. John Horhn, D-Jackson, said: “The governor had been spending too much time with the president,” referring to Donald Trump, whom Horhn said has politicized Kaepernick. Horhn said, while Trump has attempted to paint Kaepernick as unpatriotic, in reality he was engaging in peaceful protests against police brutality.

“What is more American than engaging in peaceful protest asking for equal protection under the law?” asked Horhn, who is black.

He added that Kaepernick and other protesters are not saying all police officers are bad or racist, but police brutality needs to be confronted. 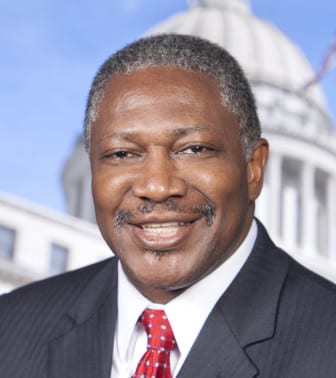 “I like to say: ‘Who are you going to believe — me or your lying eyes?’” Horhn said of multiple videos depicting police brutality.

Kaepernick was released last year by the 49ers and is currently out of football, though, protests continue by other NFL players citing what they say are multiple injustices committed by law enforcement against the African American community.

Nike’s announcement to sponsor Kaepernick has created controversy with some praising the decision and others reacting in much the same manner as Fisher and the governor.

After the ad campaign launched, College of the Ozarks, located in southern Missouri, dropped Nike apparel for its sports teams. The mayor of Kenner, La., also announced that the city would sever ties with Nike — a decision he later reversed.

It was not clear late Friday whether DPS has now or in the past ever purchased any Nike products.

But Fisher did say that “DPS has purchased footwear and shirts (athletic attire) as part of uniform attire, such as for the tactical training uniform.”

The Nike ad featuring Kaepernick has elicited strong reaction with the athletic company’s stock dropping slightly, but more recently sales have increased; at one point in recent days, the stock reached an all-time high.

Rep. John Hines, D-Greenville, said Fisher’s decision, “concerns me and bothers me greatly. This has never been anti-police. It is about equality and justice.”

The Department of Public Safety is the umbrella agency for most of the state’s law enforcement functions, including the highway patrol, the bureau of narcotics and the state crime lab.