The 12.5 million viewers who chose the 50th Country Music Association awards over game 7 of the World Series on Nov. 2 saw one of Mississippi’s rising talents share the stage with Reba McEntire, Carrie Underwood and a who’s-who of country music stars.

Johnson, 24, who grew up on the catalog of hits by artists like Parton and McEntire, found himself cutting jokes and talking shop with the stars during downtime in the show’s rehearsals. But like so much in show business, the moment almost didn’t happen that way.

“I got a call from the people who are in charge of the music for the CMA Christmas show, and she said, ‘I hate to let you know, but we aren’t going to need you for the show this year,” recalled Johnson, who had performed on the previous two editions of CMA Country Christmas.

He was understandably disappointed — to him, the musicians and singers had become a family of sorts, and those high-profile gigs are coveted among up-and-comers. 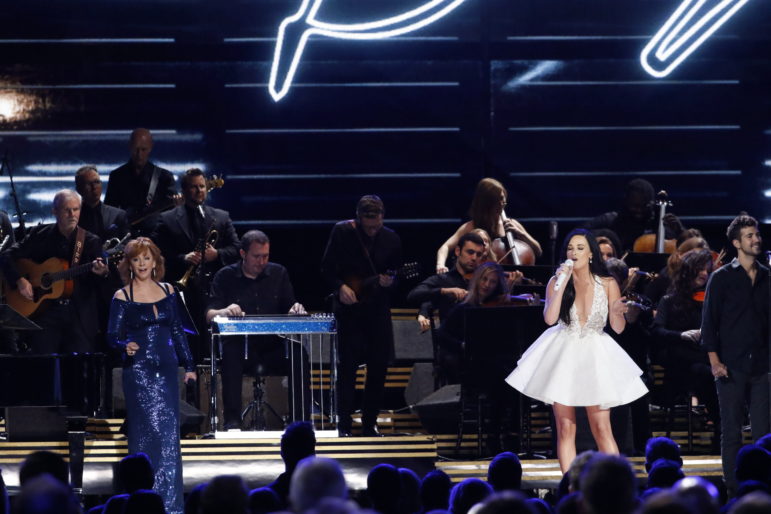 Courtesy of the Country Music Association

“Then she said she had another opportunity if I wanted to do the awards show,” Johnson said. “I thought, ‘Wow, that’s even better!’”

Johnson soon found himself in rehearsals alongside Alan Jackson and George Strait, singing Strait’s hit Troubadour, written by Leslie Satcher, with whom Johnson had recently connected on songwriting sessions.

“The first thing I did was text her and say, ‘Guess what, I’m singing your song on the CMAs!’” he said, laughing. “A few hours later I found out I was singing not only with Reba, one of my favorites of all time, but also Carrie [Underwood] and Kacey Musgraves, who I hadn’t met before, and Jennifer Nettles and Martina McBride.” 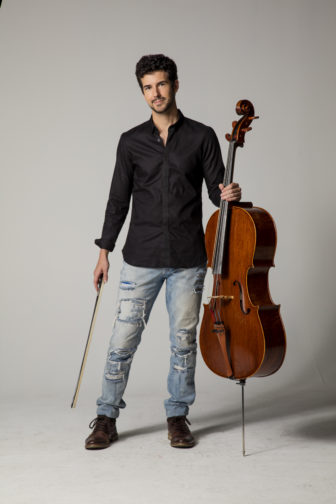 Johnson’s success in Music City is the result of years of woodshedding, learning instruments such as guitar and cello, and developing his performance skills. He moved to Nashville with his sisters, 25-year-old Jenna and 20-year-old K.K., in 2012, and studied music composition and arranging, primarily for film scores and orchestras, at Belmont University. Jenna studied at Lipscomb University, and K.K. is currently finishing a degree at Belmont in entertainment business.

The Johnson siblings, who write and perform together as Track 45, have been working toward this stage for most of their lives. All multi-instrumentalists, the trio grew up performing in church and at festivals, playing mostly traditional and bluegrass tunes while honing their talents and getting an education in performing. They even made it to the Hollywood level on The X Factor reality TV show in 2011, where Simon Cowell and Paula Abdul heaped praise on them.

After moving to Nashville, they fit a daily songwriting regimen around their studies and side jobs, building a reputation and networking among some of the town’s elite writers — people behind hits for Brad Paisley and fellow Mississippians Randy Houser and LeAnn Rimes.

“The first year, we would write songs and say, ‘Wow, that’s the best thing we’ve ever written. But it’s still not good enough,’” Benjamin Johnson said. “Our goal every month is to look back say that we’ve gotten better. Along the way we’ve written hundreds of songs, but in the last year we’ve started zoning in on what we love to do and what people love to hear when we play.” 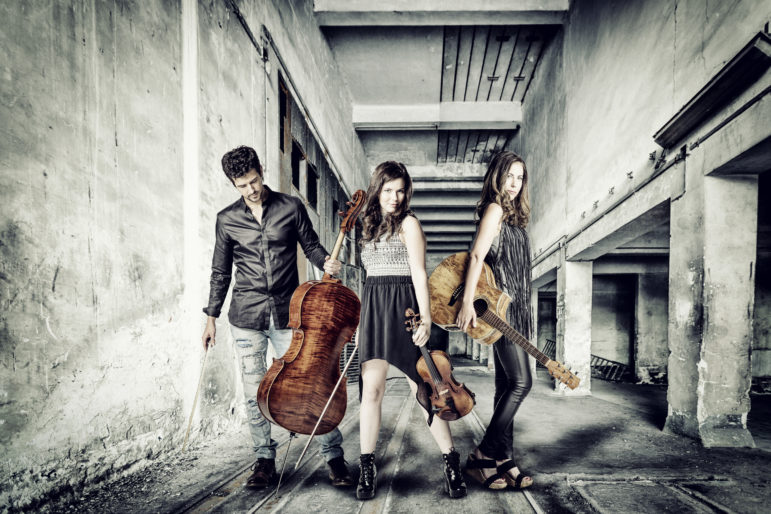 With the industry in disarray due to declining sales, record labels aren’t taking many chances on unproven artists. The Johnsons settled on a strategy of perfecting their songs and vision before going to the labels. That process should begin soon, he said. In the meantime, they stay busy working a number of day jobs between gigs opening for artists such as Rivers Rutherford, a country performer and songwriter whose list of Top 40 hits have been performed by Faith Hill, Blake Shelton and dozens more, as well as picking up side gigs at weddings and events.

Johnson’s gig on the big stage at the CMA awards turned surreal before it was all over. With A-list celebrities like Jay-Z roaming the halls, backing artists were nearly on par with many of Nashville’s hitmakers.

By the end of the night, Johnson met Dolly Parton — for the second time. The first happened years ago at Dollywood, where he was performing with Jenna and K.K. in one of the countless revues they played growing up.

After the show, while he watched the ninth inning of the World Series backstage in the green room alongside many of Nashville’s behind-the-scenes playmakers, Johnson missed his own personal star-struck moment.

“At that point it was 6-6 in the ninth inning, so we’re all back in the green room,” said Johnson. “I knew Jennifer Garner was standing next to me at one point watching it, but I was zoned in on the game. Well, I’m also a huge Taylor Swift fan —and I didn’t find out until afterward that I was standing next to her for five minutes watching the game, when I had no idea she was even in the room! I just totally zoned her out for the Indians.”