What if they didn’t play the Super Bowl one season?

In this weirdest of football seasons, the Simpson County Super Bowl – the one that matches close neighbors Mendenhall and Magee – has fallen victim to COVID-19. In Simpson County, where Magee and Mendenhall high schools are seven miles apart and the rivalry has endured for nearly a century, that’s far more meaningful than that other Super Bowl the NFL puts on.

Here’s the story: Magee coach Teddy Dyess said he had one player test positive for COVID. As a result, the entire Trojan team has been quarantined for 14 days. Therefore, Magee will forfeit its games with Natchez this Friday night and with Mendenhall on Sept. 19. 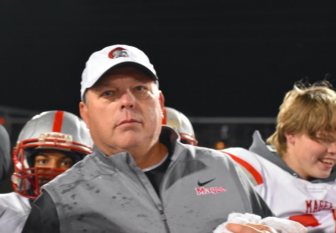 “Our kids are devastated,” Dyess said Thursday morning. “When I told them at practice (Tuesday), they were all over the field squalling. Football is important to them. You grow up in Magee, playing Mendenhall is huge. Not playing that game is devastating. There were tears all over our practice field.”

Mendenhall players took the news hard, as well. Coach Monroe Allen delivered the news to his Tigers after receiving a call from Dyess.

“I think most of us went home and went to bed early last night ’cause losing the chance to play our rival hurt,” Allen said Wednesday. “That game is a big deal around here, and it’s something our kids look forward to every year.”

Allen should know. He played football at Magee. He now coaches at Mendenhall. And he will tell you the rivalry is as fierce as any in Mississippi.

It has been that way for a long, long time. This would have been the 98th renewal of the rivalry. Magee leads the series 49-45-2. The rivalry might best be illustrated by the huge manufacturing plant that sits about halfway between the two towns of the east side of U.S. 49. City fathers of Magee and Mendenhall once argued at length over the site of the plant that originally housed Universal Manufacturing. Finally, both sides agreed the only way both towns would support a bond issue was to locate the plant midway in between. So that’s what happened.

This pandemic has played havoc with high school football across the state. First, the Mississippi High School Activities Association (MHSAA) delayed the start of the season for two weeks. Jackson Public Schools canceled their football season. So did Greenville and Greenwood schools. North Forrest, too. Nearly every day, a game is postponed, canceled or rescheduled. For games that are played, attendance is limited to 25 percent of capacity.

And who knows how the pandemic will affect the playoffs at season’s end? For one thing, we know the championship weekend site will change. This season’s six championship games were supposed to be played Dec. 4-5 at Starkville, but Mississippi State now plays Missouri at home on Dec. 5 because of SEC scheduling changes forced by the pandemic. As it now stands, the MHSAA has not named a championship site, although Mississippi Veterans Memorial Stadium appears the most likely site.

You should know there is a domino effect to each postponement or cancellation. For instance, Collins High also has had to quarantine its players because of exposure to COVID-19 during a 34-0 loss to Magee last week. Guess who Collins was supposed to play this Friday night? Mendenhall. So Mendenhall has lost not one game, but two. But wait, Collins was supposed to play at Taylorsville on Sept. 19. Instead, Mendenhall will go to Taylorsville that night. 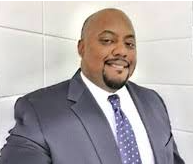 “I am glad we were able to put that together,” Allen said. “It’s another tough game, but we just need to play. Our guys want to play.”

And maybe they will. And maybe they won’t. Remember, it only takes one positive test to change everything. The only thing certain about this 2020 season is uncertainty.

For that matter, future cancellations could occur that would give Mendenhall and Magee the opportunity to have their Super Bowl after all.

“We’d welcome the opportunity to play it if it were to happen,” said Mendenhall’s Allen.

Said Magee’s Dyess, “You bet we would.”