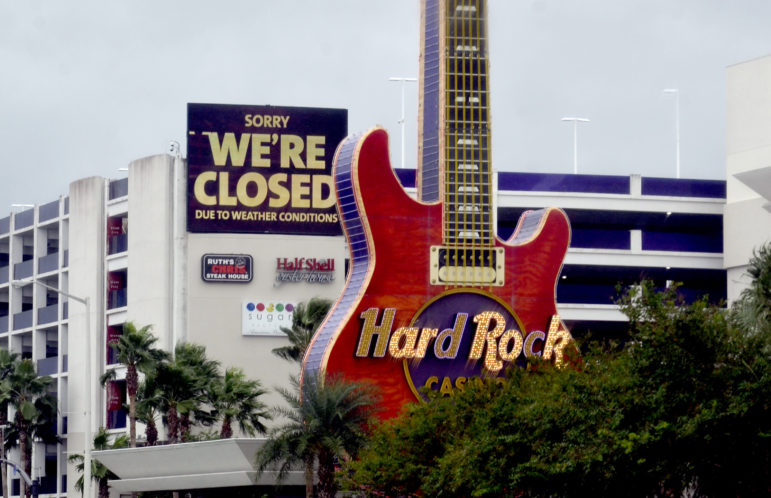 The Hard Rock Casino in Biloxi, along with all Coast casinos, was closed Tuesday due to Hurricane Sally. (Tim Isbell for Mississippi Today)

BILOXI — Hurricane Sally, the slow-moving and erratic storm that has Gulf Coast residents on edge this week, appeared on track late Tuesday to make a Wednesday morning landfall somewhere between the Mississippi-Alabama state line and Mobile Bay.

Just hours ago, the storm had been projected to make landfall on the western side of the Mississippi Gulf Coast early on Tuesday morning. But on Monday night, the storm parked due south of Mobile, Alabama, and is now forecast to make an Alabama landfall and spare Mississippi much of its worst winds and rainfall.

“I would like to reiterate that it would not take a lot over the next 12 to 18 hours for it to tick back west, and it would not surprise me if it ticks back west,” Gov. Tate Reeves said on Tuesday afternoon. “It’s really bouncing back and forth, and it is not a very far distance from the Mississippi-Alabama line to the Harrison County-Jackson County line.”

Despite the current change in path, the storm moving at a snail’s pace of 2 miles per hour has the potential to dump up to 15 inches of rain in easternmost Jackson County and 10 inches throughout Jackson and George counties. Parts of Alabama and Florida could see as high as 30 inches of rain.

On Tuesday, Mississippi Gulf Coast residents hunkered down and welcomed forecasts that moved the storm more east than expected. Still, many businesses closed Tuesday, several large chain grocery stores and all 12 casinos on the Coast. 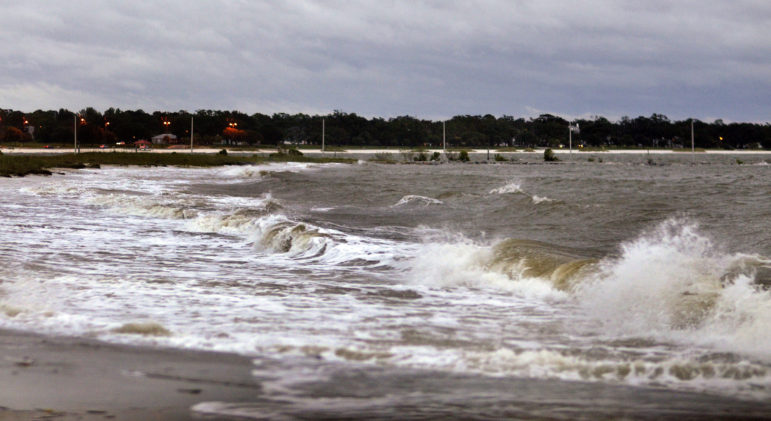 Several roads in all three Gulf Coast counties flooded in low-lying areas on Tuesday due to storm surge. Roads along the Coast in all three counties were closed by local and state officials.

With an expected 9 a.m. Wednesday landfall, the storm will hit around high tide, which could exacerbate coastal flooding.

“We will continue to monitor the storm, prepare for the worst-case scenario, pray for the best-case scenario and expect it to be somewhere in between,” Reeves said.

Reeves declared a state of emergency on Monday, and President Trump approved the state’s request for a federal emergency declaration. Reeves said this freed emergency funding to allow the state to position National Guard and other rescue and disaster teams and resources before the storm’s landfall.

The state had shelters open Tuesday, and Reeves said there were more than 120 people in shelters, including six people in a special medical needs shelter in Stone County.