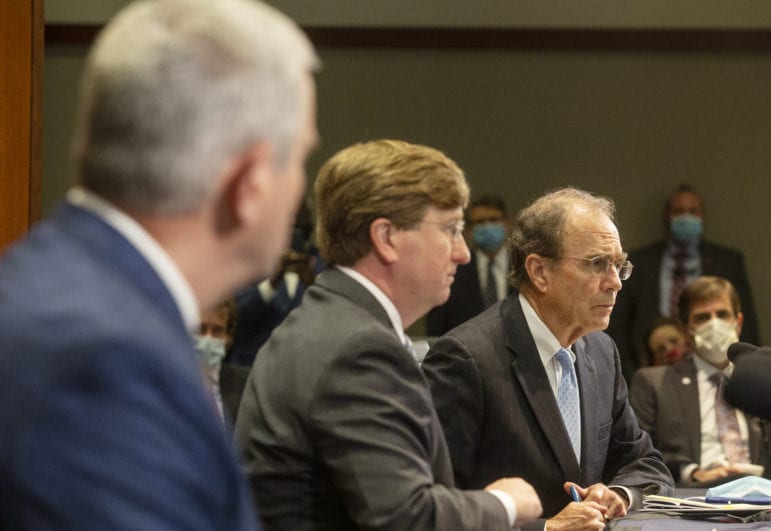 Gov. Tate Reeves and his staff had to feel good last week when the Senate leadership was unable to get the two-thirds super majority needed to pass a House resolution that would allow the Mississippi Legislature to remain in session for the rest of the year.

The resolution could be viewed as a direct affront to Reeves since it would strip away one of the governor’s most coveted powers – the sole authority to call legislators back in a special session once they adjourn the regular session for the year.

But if the Legislature never adjourns the regular session, then the chambers’ two presiding officers – Speaker Philip Gunn in the House and Lt. Gov. Delbert Hosemann in the Senate – could call lawmakers back into session. Gunn and Hosemann already have blocked Reeves’ effort to have sole spending authority of $1.25 billion in federal funds designed to help the state pay for the costs of fighting COVID-19.

It should be no surprise that Reeves, not wanting another legislative defeat, was in the Senate expressing his opposition to the resolution a day after it passed the House with no dissenting votes.

That visit, no doubt, played a part in Hosemann not having the votes to pass the resolution and could be seen as a big win for Reeves – at least for now.

But the fact that Hosemann cannot pass the resolution now does not mean he won’t be able to pass it before the session ends. The Legislature is scheduled to be in session until July 12.

Reeves, who served eight years as lieutenant governor, presiding over the Senate, knows that the legislative leadership has at least one tremendous advantage when it comes to passing or killing legislation. The leadership – Hosemann – has the ability to call up the legislation when he wants – when he thinks or knows he has the votes to pass it.

In addition, the House leaders are placing a tremendous amount of pressure on the Senate to pass the resolution.

Both House and Senate leaders say the ability to stay in session is needed to deal with coronavirus-related issues. Hosemann said he wants the Legislature to be able to return to spend funds, if for instance, the federal government provides money to help state and local governments offset revenue shortfalls caused by the COVID 19-induced economic shortfall.

“That (COVID-19 and budget issues) are the only reasons I would want to come back,” Hosemann said.

Some senators, though, said they want to finish their job and return to the private sector. They already are in the Capitol dealing with budget issues longer than planned. The session was scheduled to end in early May but legislators took a recess because of the coronavirus, putting them in session in the heat of the Mississippi summer.

““I think it is premature to extend the session for the remainder of the year,” Sen. Chris Johnson, R-Hattiesburg, said recently. “If we do our job now, it seems likely that we will not need to come back. The governor can always call a special session if the need arises.”

But perhaps there could be a disagreement between the legislative leadership and governor about when and if the Legislature should be in session. There already have been more disagreements between legislative leaders and the governor in the first year of the four year term than many anticipated considering all involved belong to the same Republican Party.

But legislative leaders on both the House and Senate side say while they would technically be in session they would not be in Jackson except under the rarest of circumstances to deal with COVID-19 issues.

Hosemann said the authority is needed because “we are in the most unprecedented time in this state since the Civil War.”

For whatever it is worth, it would cost the state less money, assuming legislators only come back to deal with those coronvavirus-related issues, to stay in regular session than to come back in special session. The Legislature receives a $10,000 base salary for the regular session. If the resolution passed, and legislators returned to Jackson in say September or October to deal with the budget, they would not receive any additional funds. If they are in a special session called by the governor, they receive an additional $75 per day. So it would cost the state an extra $13,050 per day for a special session.

Whether in special session or regular session, they receive expense payments for food and lodging, based on the federal rate, which is currently $151 per day.

Reeves holds off legislators’ push for year-round session – for now