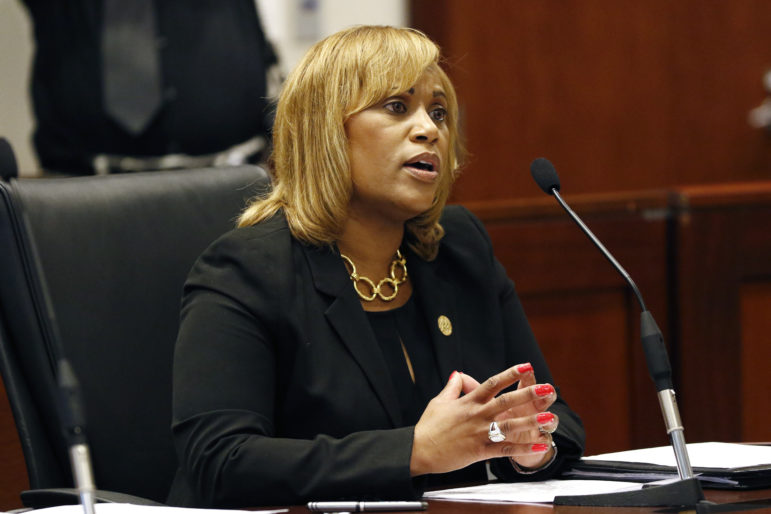 Mississippi Department of Corrections Commissioner Pelicia Hall and other department officials sat across the table from lawmakers at the Capitol less than one year ago and issued a bleak warning: Without additional funding, the department couldn’t adequately staff the state’s prisons and guarantee the safety of more 19,000 inmates or prison workers.

“I’m almost at capacity in my facilities. That’s not a good place for us to be in in the state of Mississippi,” Hall told lawmakers in a Jan. 16, 2019 House appropriations subcommittee hearing for her department.

Hall continued: “We expect that our correctional staff and all the people working for corrections are supposed to be able to deliver services for 19,197 people incarcerated… they’re supposed to deliver (services) with honor and integrity and courage. And we’ve not taken care of them. We expect them to perform like eagles with people who society has said they’ve given up on them… they expect the department of corrections to be able to correct everything that has fallen by the wayside.”

The direct plea to lawmakers was one of several that corrections officials and criminal justice advocates made over a period of several years. Almost every time, lawmakers ignored those pleas.

The new year began with crisis in Mississippi correctional institutions. To date, at least five prisoners have been killed in what the state has called disturbances at three facilities. Local sheriffs’ offices sent more than 100 officers to Mississippi State Penitentiary in Sunflower County to combat an outbreak of violence.

Family members of inmates at Parchman haven’t heard from their loved ones in several days as graphic videos of conditions inside the prison circulate social media. The department of corrections issued a statewide lockdown of all its prisons to reduce injuries and fatalities.

In the same January 2019 hearing, Manisa Ragsdale, a lieutenant with the corrections department, told the committee that employees’ working conditions were outright dangerous.

“One of the main concerns that I see happening every day is low staffing,” Ragsdale said. “If we were to have a major incident to happen, there is no one there to respond to the incidents.”

Ragsdale continued: “People are having to come in early just so they can have adequate staff to run the shift for one day. It’s kind of dangerous. If you have something to happen you don’t have anyone to respond. If I’m in a major crisis, who is going to come and see about me?”

The department of corrections has remained tight-lipped the past several days, though prison officials now say the facilities are under control. Social media videos and photos, purportedly posted by inmates, have alluded to lack of staff response during such incidents as fires and prisoner-on-prisoner violence.

To address these shortages, Hall, the commissioner, asked lawmakers for $22.3 million to repair Unit 29 at Parchman – the maximum security unit at Mississippi State Penitentiary where at least three men were killed and dozens more were injured this month. In his most recent budget recommendation, Gov. Phil Bryant called for $6 million for the first phase of that building project.

This spring, lawmakers ultimately approved a total budget of $36 million for Parchman, 2.6 percent less than the prison received the previous year — and $22.8 million short of the total sum Hall requested.

The Legislature did not grant the prison department’s request for the money to repair Unit 29.

Today, the department still needs $22.3 million to renovate Unit 29 alone, MDOC communications director Grace Fisher said in August 2019. She did not have a figure for the prison’s total renovation.

That same month Mississippi Today outlined the findings of a state inspection of the prison which found Unit 29 had the most health violations and the prison itself had more than 400 cells with flooding, leaks, lack of lights, power and water and other health issues like black mold and raw sewage.

Lawmakers did dole out 3 percent raises in 2019 for some state employees, including corrections officers. About 900 officers, whose previous salaries ranged from $24,903 per year for trainees to $32,205 for sergeants, were granted the full 3 percent raise.

But even after Hall asked lawmakers to provide the pay increase for corrections officers, the raise did little to move the needle.

“I shudder to think if I had to run a household” on the salary officers make, Hall said in 2018.

In January 2019, Hall said she was losing employees to Mississippi factories such as Continental Tire and Nissan because they offered better wages and working conditions.

“We’re losing our workforce,” Hall said. “I’m sitting here as the commissioner saying that, and I don’t like to say it but that’s the situation that we have.”

Civil rights organizations have made their case to lawmakers that understaffing is just one problem that has led to the department’s woes. One solution they’ve pitched to lawmakers is legal reform about what constitutes prison time in the state. 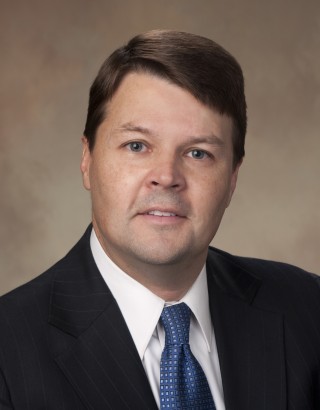 Director of the MacArthur Justice Center at the University of Mississippi Cliff Johnson.

“Mississippi politicians talk about how tough they are when it comes to fighting crime, but we need to ask whether they are being smart,” Cliff Johnson, director of the MacArthur Justice Center at the University of Mississippi School of Law, said in July 2019. “You can’t throw people in prison for years on end for every offense under the sun and then act shocked when the prison population swells to 20,000 and you can’t afford the astronomical price tag that goes along with having one of the highest incarceration rates in the world.”

Johnson continued: “It seems to me that the only way Mississippi can afford the cost of prisons that actually keep people safe is to reduce the number of people we lock up and to impose shorter sentences for many crimes. There is a way to do that thoughtfully and safely.”

Still, lawmakers and other state leaders have talked about their commitment to the corrections department.

On Sunday, after days of violence within the statewide prison system, outgoing Gov. Bryant stressed Mississippi’s need to “invest in its prison system and the men and women who work there.” However, during his eight years in office, Bryant implemented several annual and mid-year agency cuts to balance the state’s budget. All of those mid-year cuts affected the corrections department, though Bryant exempted the Mississippi Highway Patrol once, citing safety concerns.

Gov.-elect Tate Reeves, who will be inaugurated on Jan. 14, echoed that sentiment, tweeting that he was briefed by the department on the recent violence and “grateful to those working to restore order and safety.”

“There is much work to be done in our correctional system,” Reeves said.

As the 2020 legislative session gavels in this week, the department of corrections does not have a permanent leader. Hall announced in late December that she would resign her post in mid-January for a job in the private sector. Reeves, the incoming governor, has not yet announced who he will appoint as her replacement.

Michelle Liu contributed to this report.

Prison brass warned of dangerous conditions a year ago, but lawmakers did not act