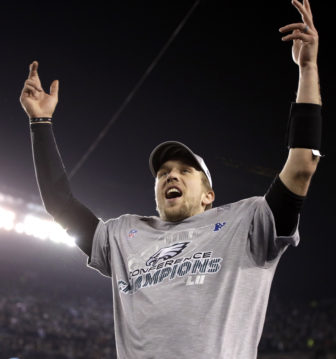 You will read and hear much about the Nick Foles story over the next two weeks: from football free agent, to Philadelphia Eagles back-up quarterback, to NFL playoffs hero, to Super Bowl LII in Minneapolis.

Trust me on this: Larry Foles’ story is better. Larry Foles is Nick’s dad. Larry Foles’ story begins in the Forrest County town of Petal, where Larry grew up and where he learned some of life’s hardest lessons at an early age. Larry didn’t learn most of those lessons in school. Larry Foles never graduated from high school, much less college.

Larry grew up like most boys in the 1960s in Petal, playing all sports and baseball the most.

“Always had a ball in my hands, would play for hours,” he says.

But Larry’s parents split up when he was 13, leaving Larry, as he puts it, “mostly on my own.”

“I lived with several different families,” he says.

He worked several different jobs, as well. He painted houses. He installed insulation in houses. He worked in a lumber yard. He worked construction.

“Larry was a tremendous athlete – big, strong and gifted,” childhood friend Dennis Ray Smith says. “He could play anything. Thing is, he worked his tail off just to have clothes on his back and food to eat.”

Larry Foles was working construction the summer before his senior year in high school when he stepped on a nail that went right through his foot.

That ended his athletic career, and he quit school midway through the 12th grade to begin working in sales for Tom’s Snacks.

“I was a cracker salesman,” Larry says, laughing.

One place he sold was at Shoney’s, where the manager asked him if he’d like to try the restaurant business.

“Every job I’d ever had, I looked at my watch every 10 minutes to see how much longer I was gonna have to work,” Larry says. “I decided to try something different.”

He moved from dishwasher to assistant manager in short order.

“I loved it, loved everything about it,” Larry says. “I’ve never done anything else.”

He moved to Jackson to manage Shoney’s in Highland Village, moved from there to TGI Fridays where he was a huge success and where he helped Buster Corley (Dave and Buster’s) and Bill Latham (Sundancer, Amerigo’s, Char, Babalu, Table 100, etc.) get their starts.

“Larry was so organized and concentrated so much on training the staff,” Latham says. “He was a natural leader. He just did things the right way. From what I read and see, his son got a lot of that leadership from him.”

Larry Foles moved from Jackson to Baton Rouge, then to Dallas and Austin. He has opened several successful restaurants, selling some for small fortunes. He is a self-made millionaire, many times over.

Says Dennis Ray Smith, “Not bad for someone who grew up with nothing.”

This is going to make a long story really short. Larry Foles met the love of his life, Melissa, at age 37, in Austin. Melissa gave birth to Nick in 1989.

Larry started playing ball with Nick, literally while Nick was still in the cradle. 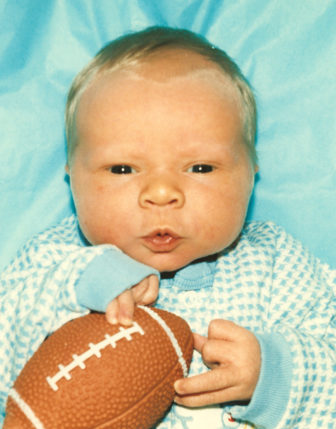 Nick Foles got an early start, thanks to his dad, Larry Foles.

“I’d drop a nerf football down at his face,” Larry says. “My wife said, ‘You’re going to hurt him.’ I said, ‘Nerf balls can’t hurt anything.’”

Something worked. Nick took to all sports quickly. All but one.

“I wanted him to play baseball and he could have been a really good baseball player,” Larry Foles says. “But he said, ‘Dad, that’s just too slow.’”

He surely is. In the two Eagles playoff games, he has completed 72 of 96 passes for 598 yards and three touchdowns. He has not thrown an interception. 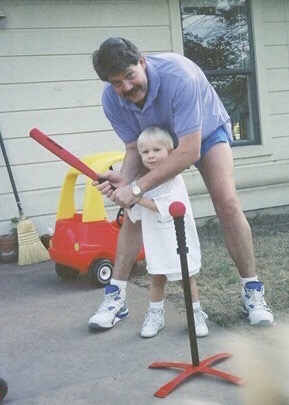 Despite Larry Foles’ coaching, tee-ball did not lead to baseball for son Nick.

“Can’t tell you how proud I am,” Larry Foles says. “Nick has worked hard for everything. He’s always been such a good person. He was always the biggest kid, but he was never the bullying kind. He was always the nurturing one, the one trying to help everyone else. He really is a natural leader.”

Growing up, Nick Foles had it much easier than his father. But, no, Larry says, he has never dwelled on that.

“I’m not that guy who tells his kids he walked nine miles to school,” Larry says. “Besides, I never looked at it that way, even as a kid. I just thought this is the way life is. I never thought about it being good or bad. It was just the way it was.”

Nevertheless, it seems that many of the hard lessons Larry learned have been passed on to Nick Foles. And they should serve him well on the biggest stage in sports.

This season’s most surprising Super Bowl story began in Petal