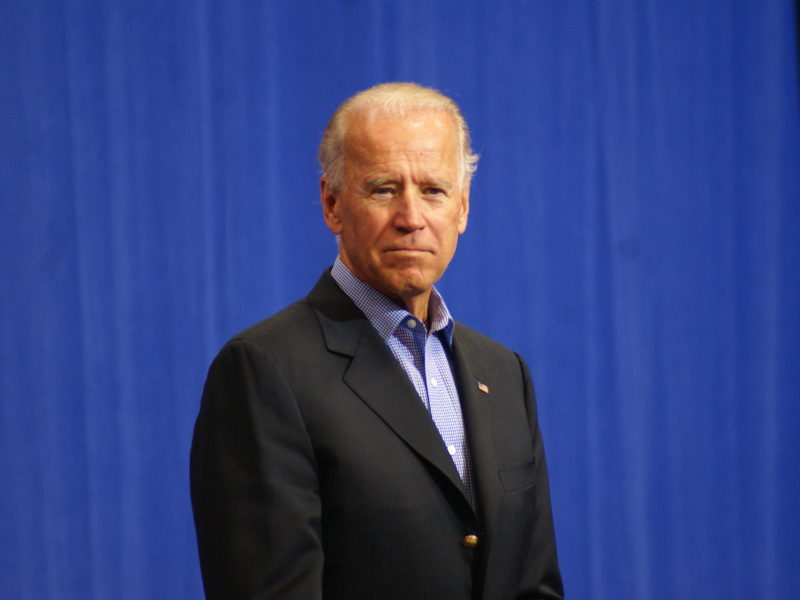 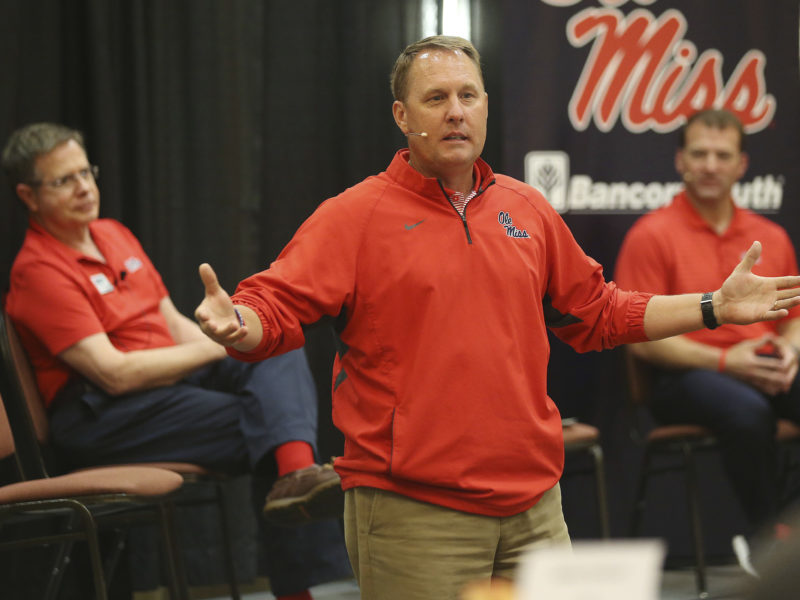 As head coach at Ole Miss, Hugh Freeze defeated giants – knocking off Alabama twice – and led the football team to its first Sugar Bowl in 46 years. Then, in the midst of an NCAA investigation in 2017 Freeze resigned, but as sports columnist Rick Cleveland reported, the offensive minded coach made it clear that he wanted to coach college football again. Now that he’s getting that opportunity at Liberty University, Kent Babb of the Washington Post offers a look at the university’s bet on Freeze and football:
LYNCHBURG, Va. — On occasion Liberty University will invite members of out-of-state churches to speak at its convocation, and in January 2018, a man from Mississippi stood and stepped forward. “I’m humbled,” he said early in remarks to a packed arena that held more than 8,000 students, staffers and administrators, “and certainly unworthy.”
… … 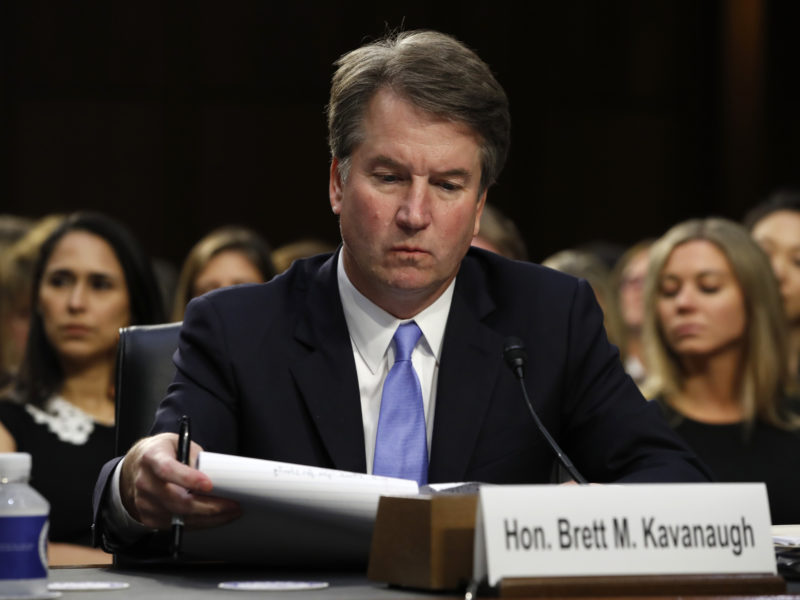 A Mississippi man has filed a lawsuit against HuffPost alleging defamation.  CLARION LEDGER: A Gulfport professor and advocate is suing the national news website HuffPost alleging defamation involving a September 2018 story on U.S. Supreme Court Justice Brett Kavanaugh’s days at Georgetown Prep school. Derrick Evans’ lawsuit was filed Wednesday in U.S. District Court in Gulfport against  HuffPost and its former journalist, Ashley Feinberg. The lawsuit said HuffPost and Feinberg repeatedly defamed Evans and friend Douglas Kennedy to a nationwide audience on multiple occasions in September 2018 by falsely asserting that they helped arrange the purchase and delivery of cocaine at Georgetown Prep that resulted in the April 1984 death of David Kennedy, Douglas’ brother and the son of the late U.S. attorney general and senator, Robert F. Kennedy. “These statements were not only false and defamatory, but outrageously so, and were published by defendants with knowledge of their actual falsity or in reckless disregard of the truth for the apparent purpose of creating a salacious story designed to drive internet traffic to HuffPost’s website,” the lawsuit said. 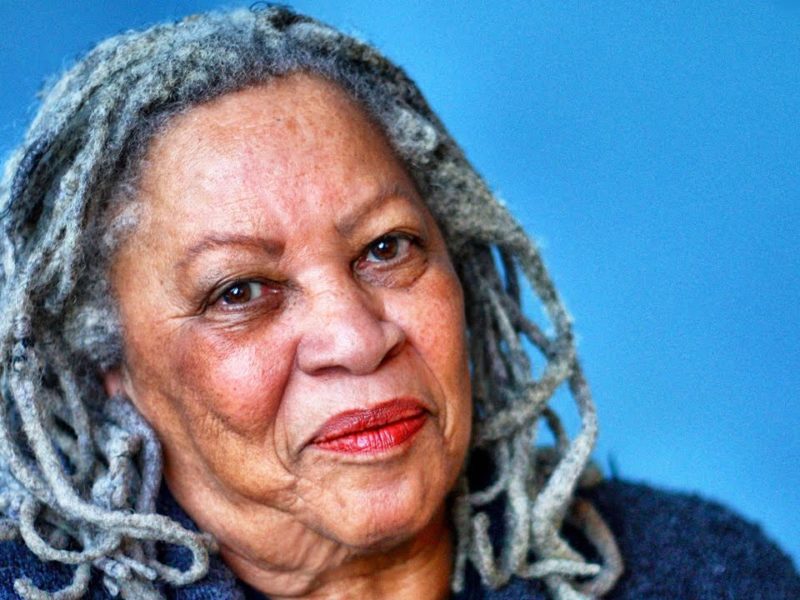 Toni Morrison, the first African American woman to receive the Nobel Prize in literature, died late Monday. She was 88. As news of her death was announced Tuesday, tributes began to flood social media:
Stacey Abrams, former Georgia Democratic gubernatorial candidate:
Toni Morrison was a towering intellect, a brilliant scribe of our nation’s complex stories, a heartbreaking journalist of our deepest desires, and a groundbreaking author who destroyed precepts, walls and those who dared underestimate her capacity. Rest well and in peace. Angie Thomas, bestselling author:
I’m writing in her honor today. 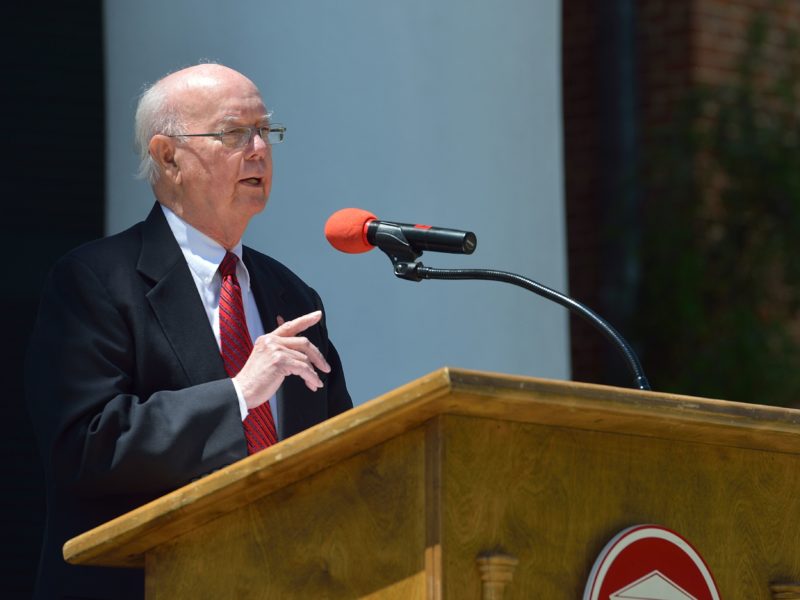 “It is a sad day for the entire university community, and he will be greatly missed,” said Noel Wilkin, provost and executive vice chancellor for academic affairs at the University of Mississippi 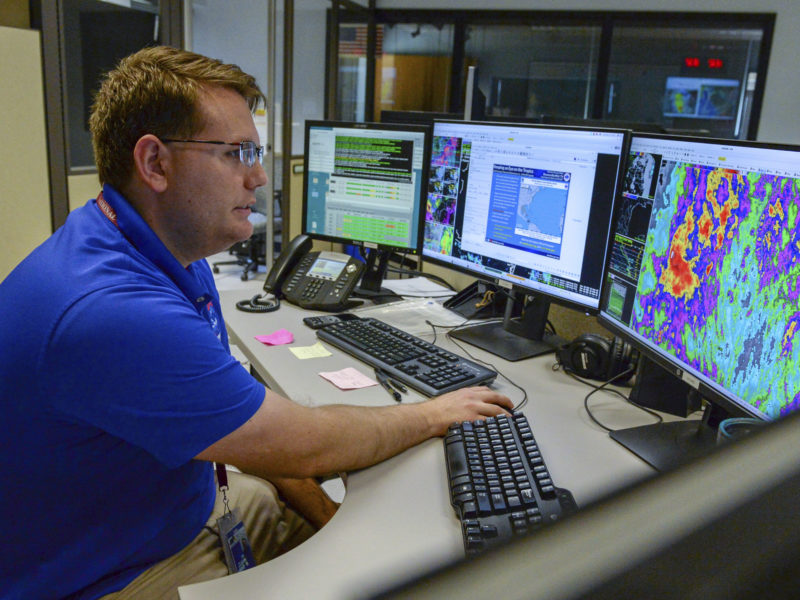 Federal Emergency Management Agency announced that federal disaster assistance has been made available to Mississippi to assist recovery efforts in areas affected by severe storms and flooding in April. President Donald Trump declared Thursday that a major disaster exists in Mississippi as well as Kansas and South Dakota. All three disasters are related to severe weather. The announcement comes on top of disaster declarations already approved for flooding that has left 500,000 acres underwater in the Delta. In Mississippi, Thursday’s declaration is being directed toward Clarke, Clay, Itawamba, Kemper, Monroe, Oktibbeha, Warren and Yazoo counties. 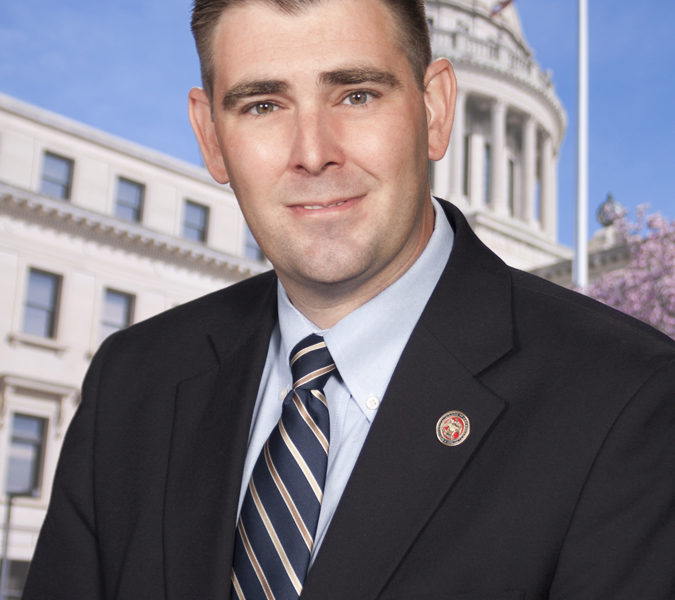 Mississippi Bureau of Investigation said it is investigating the circumstances of the shooting of Harry Gipson, 70, at the request of Simpson County. 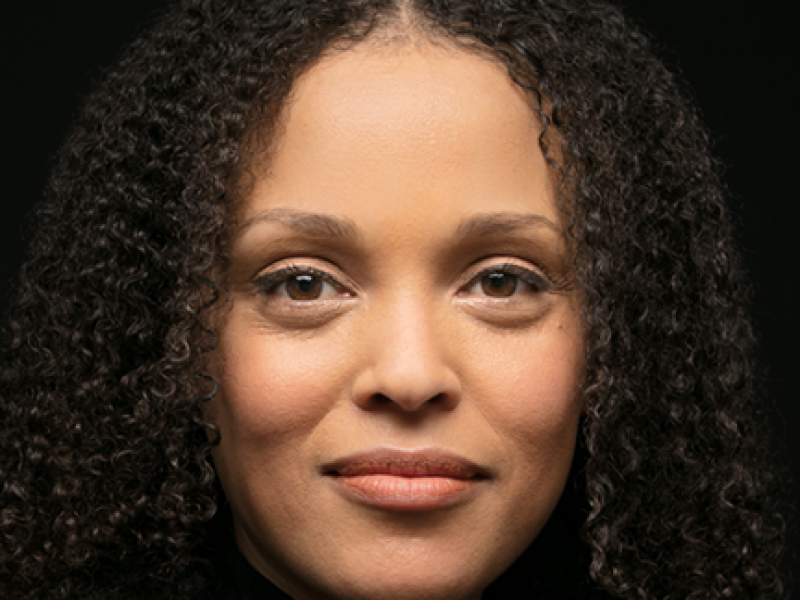 Mississippi author Jesmyn Ward, Pulitzer Prize-winning historian Jon Meacham and Dr. Lamar Weems will receive honorary degrees at the Millsaps College May 11 commencement. “This is an incredible group of individuals, and we are excited about the opportunity to recognize and honor their contributions to our state and nation,” said Millsaps College president Dr. Robert W. Pearigen, in a news release. “The insight and skill they bring to our political discourse, our health care systems, and our literature are immeasurable.”

Ward, who grew up in DeLisle, is an associate professor of English at Tulane University and a novelist, essayist, and memoirist. Her novel “Salvage the Bones” won the National Book Award in 2011, and her novel “Sing, Unburied, Sing” was recognized with the award in 2017; she is the only woman to have won the National Book Award twice, notes the release by Millsaps. Ward also received a MacArthur Foundation Genius Grant in 2017. 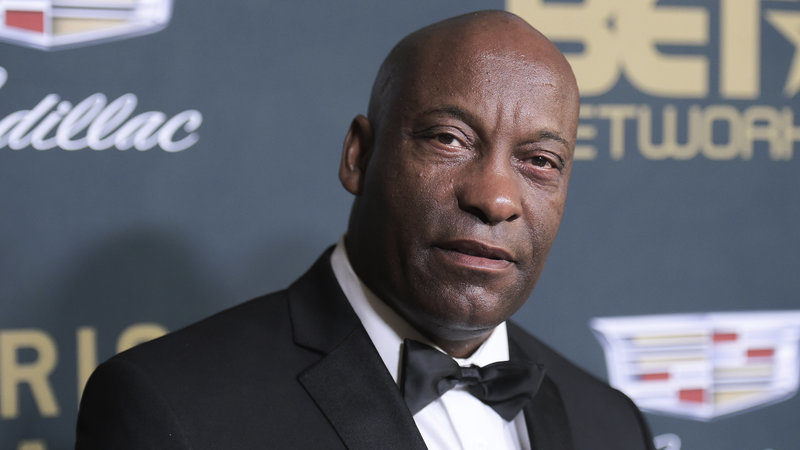 Clarion Ledger: John Singleton, the Oscar-nominated director and screenwriter behind films like “Boyz n the Hood” and “Poetic Justice,” has died after being taken off of life support following a stroke earlier this month, the Associated Press reported Monday. He was 51. Singleton was set to direct a movie about Emmett Till who was killed in Mississippi in 1955 for allegedly flirting with a white woman. “It is with heavy hearts we announce that our beloved son, father and friend, John Daniel Singleton will be taken off of life support today,” Singleton’s family said in a statement via his spokesperson earlier Monday. “This was an agonizing decision, one that our family made, over a number of days, with the careful counsel of John’s doctors.”
Read the Clarion Ledger complete article here. 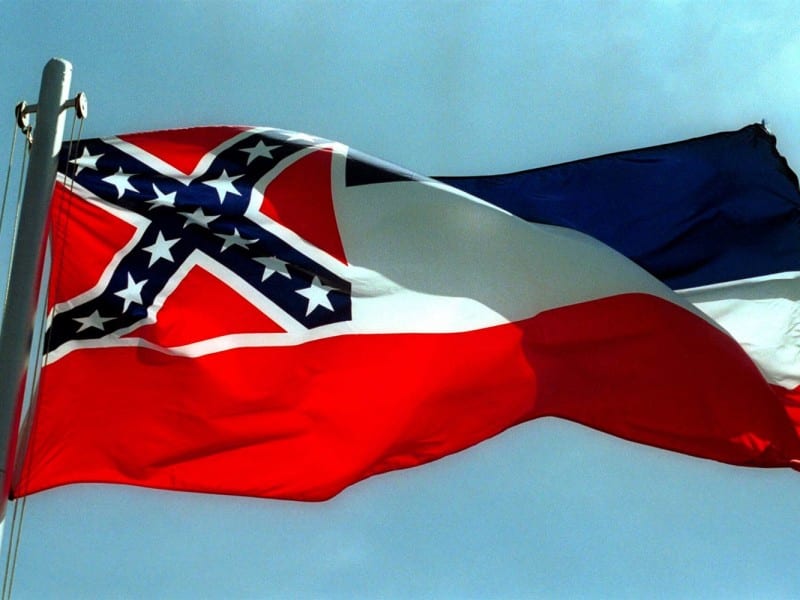 NJ.COM: When the flags from every state in the union went up in Liberty State Park Friday as part of an annual tradition, one is missing: Mississippi’s. New Jersey Gov. Phil Murphy ordered that state’s flag not to be raised because of its nod to the Confederacy, NJ Advance Media has learned. “The Confederate symbol displayed on the Mississippi State flag is reprehensible and does not reflect our values of inclusivity and equality,” Murphy said in a statement. The Associated Press later reported that Gov. Phil Bryant said in a statement Friday that “I’m disappointed in Gov. Murphy’s actions. As I have repeatedly said, the voters of Mississippi should decide what the state flag is or is not.” 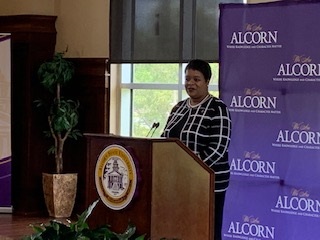 In a unanimous decision, the Institutions of Higher Learning Board of Trustees named Felecia M. Nave the next president of Alcorn State University on Wednesday. Nave, a 1996 graduate of Alcorn State with a bachelor’s degree in chemistry, is currently Provost and Vice Chancellor for Academic Affairs for North Carolina Central University in Durham, N.C. She received her master’s and doctorate degrees from the University of Toledo in Ohio. Nave will take the reins at Alcorn State on July 1. “Dr. Nave has many years of experience as a leader in higher education,” said Trustee Shane Hooper, in a news release. “Through positions of progressive responsibility, Dr. Nave has provided leadership in every facet of the university, including academic program offerings, research activity, budget management, fundraising activities and student services, including recruitment, financial aid and student success. 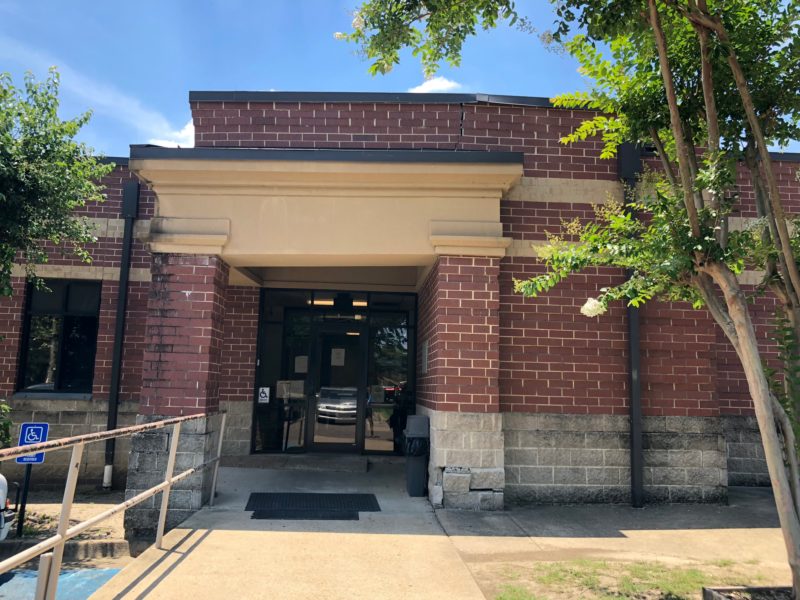 A freshman student at Coahoma Community College charged with possession of a controlled substance and firearm on a school’s campus. 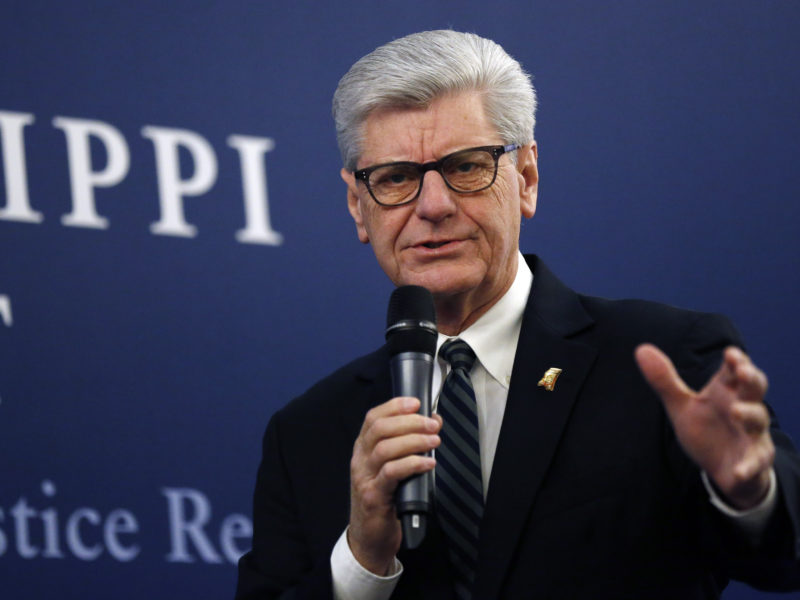 The Federal Emergency Management Agency sent out a notice Tuesday that eleven counties are now eligible for disaster relief for damages caused during tornadoes, flooding and other severe weather in southern Mississippi. The counties are: Clarke, Covington, Forrest, Greene, Jasper, Jones, Marion, Newton, Perry and Wayne. Those counties are eligible to receive reimbursement for costs to repair or replace facilities through the Public Assistance and Hazard Mitigation Grant programs. President Donald Trump signed a disaster declaration on Feb. 14 to designate these areas as adversely affected from the storms occurring Dec. 27 through Dec 28, 2018. 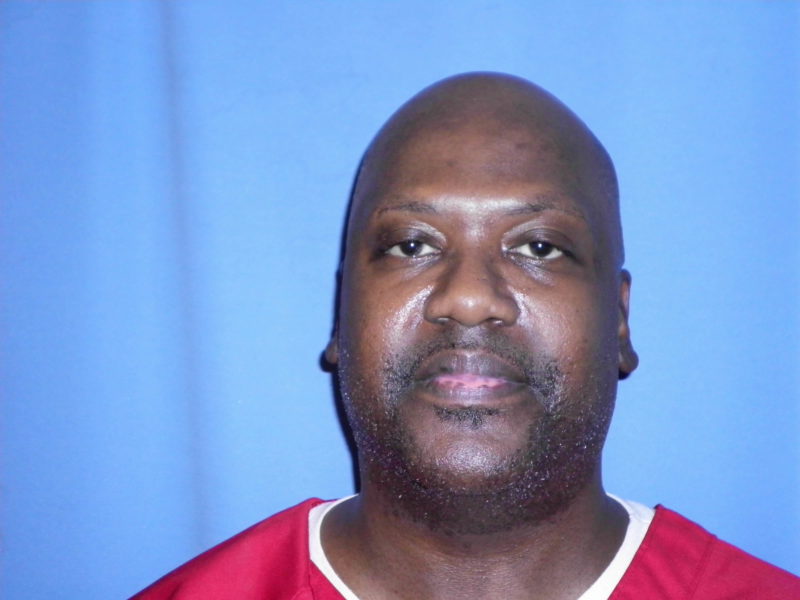 By all accounts, U.S. Supreme Court justices were mostly in agreement Wednesday when they heard arguments in a Mississippi death row case. Though the case before the justices isn’t about guilt or innocence, but rather whether the prosecutor wrongly dismissed black jurors, most seemed – in the words of the Washington Post – “deeply troubled” by the actions of the prosecutor, District Attorney Doug Evans. Even Justice Clarence Thomas, known for not asking questions, interrupted three years of silence during oral arguments. Several media outlets that were present Wednesday reported that the justices seemed likely to rule in favor of Curtis Flowers – on death row for the 1996 slayings of Bertha Tardy, Carmen Rigby, Robert Golden and Derrick Stewart. According to a report in the Clarion Ledger:
After six trials for the same crime, a death-row inmate from Mississippi reached the U.S. Supreme Court Wednesday and appeared headed for yet another chance.
The justices spent an hour debating whether Curtis Flowers’ conviction in 2010 for the execution-style murders of four people in Winona, Miss., was tainted by a prosecutor’s rejection of potential black jurors. 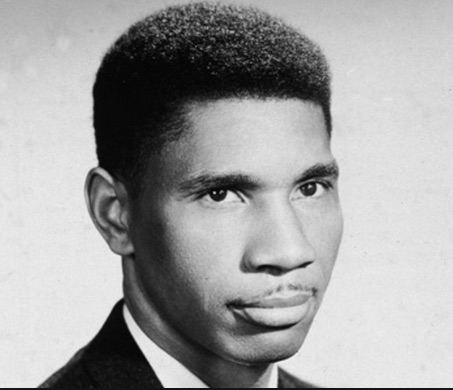 WLBT: Mississippi Sens. Roger Wicker and Cindy Hyde-Smith have commended President Donald Trump for signing legislation that would designate the home of Medgar and Myrlie Evers as a national monument within the National Park System. Read the WLBT report here.