State revenue collections through the first two months of the fiscal year are $258.7 million or 34.8% above what was collected during the same time last year.

The revenue report for the month of August, recently released by the staff of the Legislative Budget Committee, details unprecedented growth in state tax collections which some say was boosted in part by federal stimulus funds.

The strong revenue collections could play a factor as legislative leaders on the Legislative Budget Committee meet later this month to begin the months-long process of developing a budget for the new fiscal year, which starts July 1.

Earlier this year, state leaders and economists feared a $1.2 billion decrease in tax revenue during the latter part of the past fiscal year and current fiscal year of because of the economic downturn caused by the COVID-19 pandemic. Such a downturn would result in major cuts in state services and the elimination of a significant number of state jobs.

But unless a dramatic downturn occurs in the coming months, such cuts are not likely to happen. 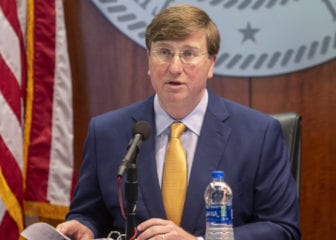 Gov. Tate Reeves has touted what he says is an improving state economy. In early August, he cited a national report placing Mississippi at seventh nationally in terms of regaining jobs lost in March and April as the nation and state shut down because of the pandemic.

“We’re not in love at all with our economic results, but we are certainly doing better than a lot of other states,” he said in August.

In fact, revenue collections for the first two months of the fiscal year would indicate that the state is experiencing unprecedented economic growth. Generally, state revenue collections, such as from the sales tax, personal and corporate income tax and to a lesser extent from other sources, are viewed as an indicator of economic strength.

But in this instance, some other issues might be contributing to the large increase in tax collections. For instance, state leaders opted to push back the deadline for people to pay their tax liability from April 15 to July 15. That resulted in income tax liabilities that normally were paid to the state in the last fiscal year being collected in the new fiscal year. As a result, personal income tax collections for July, the first month in the new fiscal year, increased $119.5 million or 94.2 percent. That delay in filing and paying tax returns, no doubt skewed revenue collections in a favorable way for the current fiscal year. 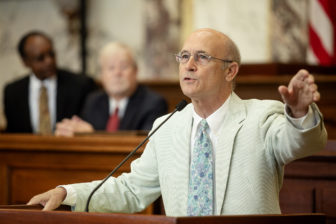 And more importantly, said Sen. Hob Bryan, D-Amory, is that the state economy, and thus the revenue collections, was buoyed by the income Mississippians received earlier this year from the federal Coronavirus Aid, Relief, and Economic Security Act. The $2 trillion plus program approved by Congress provided most adults in the nation earning less than $99,000 a federal payment of $1,200, or a maximum of $3,400 for a family of four earning less than $198,000.

Bryan said the federal payments had a greater impact “in a poor state like Mississippi” because low income people are more apt to quickly spend such payments to address their needs.

“I don’t think there is any question that when you drop that amount of money in the Mississippi economy, it will get spent and have an impact,” Bryan said.

In addition, people who lost their jobs (about 200,000 Mississippians, according to state data) were receiving an additional $600 per week in unemployment benefits through July thanks to the CARES Act. Some of the state’s political leadership complained that the extra payment resulted in many Mississippians who lost their jobs opting not to go back to work because they were earning more not working as a result of the federal supplement.

When legislative leaders complained to then-state Economist Darrin Webb about people not returning to their jobs because of the enhanced unemployment benefits, he said, “They do want to work, but they also respond to market forces.”

The enhanced unemployment benefits in the CARES Act ended on July 31, but Reeves has opted to accept an additional $300 per week for many unemployed Mississippians on a short-term basis thanks to an executive order enacted by President Donald Trump.

Bryan said the issue is not that people were not working because they could receive more in unemployment benefits in the short term, but that wages were so low in Mississippi that people would make that choice. He said the key to Mississippi getting off the bottom economically is not by reducing the unemployment rate, but by increasing the average pay of its workers.

As legislative leaders begin work in the coming weeks on developing a budget for the upcoming fiscal year, beginning July 1, they will have to try to ascertain whether the growth in tax collections will continue or fall off as the impact of the CARES Act evaporates.