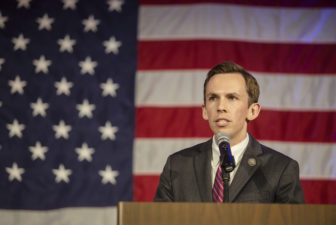 Auditor Shad White says his alma mater, the University of Mississippi, should fire an outspoken professor.

Thomas, an outspoken professor who has regularly drawn the public scorn of top statewide Republican elected officials, participated in a national walkout on Sept. 8-9 called the “Scholar Strike,” in which hundreds of faculty at universities across the nation protested police brutality and other racial inequities. Thomas called it a “work stoppage” on Twitter.

White, a Republican and noted alumnus of the University of Mississippi, wrote a Monday letter to university leaders arguing that Thomas had broken the state law — state employees are explicitly barred in state law from striking — and that the university should pursue termination. The letter was first reported by The Clarion Ledger.

In addition to firing Thomas, White said that the university should recoup Thomas’ salary for the two days he did not work. Agents from the auditor’s office visited Thomas’ home last week to ask about the strike.

“It is my responsibility as auditor to ensure that no public money is illegally spent,” White told Mississippi Today. “Strikes and concerted work stoppages are illegal in Mississippi. Mr. Thomas cannot be paid for the days he did not work. Also, the penalty for striking is termination. The law is the law. He cannot act as if he is above the law.”

Thomas did not offer comment for this article. University leaders had not publicly commented by Wednesday mid-morning. 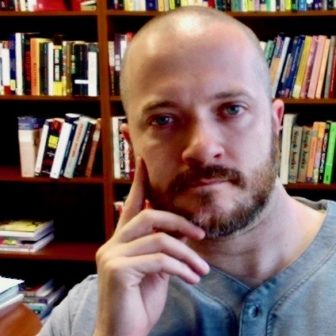 Thomas has been the subject of public scrutiny in the past. After conservatives called into question a tweet of Thomas’ last year, the state’s college board took the unprecedented step of considering whether to grant Thomas tenure in a closed-door meeting. Then-Gov. Phil Bryant weighed in, suggesting Thomas shouldn’t receive tenure. The board ultimately granted Thomas tenure, but conservatives made Thomas the poster of progressive ideals at the university.

Attorneys and professors on Wednesday morning are publicly raising questions about whether Thomas’ two day “work stoppage” would even qualify as a violation of state law. In a tweet, Thomas suggested he hadn’t completely skipped work on Sept. 8-9.

Mississippi state law specifically forbids teachers from striking. A strike is defined in statute as “a concerted failure to report for duty, a willful absence from one’s position, the stoppage of work, a deliberate slowing down of work, or the withholding, in whole or in part, of the full, faithful and proper performance of the duties of employment, for the purpose of inducing, influencing or coercing a change in the conditions, compensation, rights, privileges or obligations of public employment.”

Mississippi teachers went on strike for the first and only time in 1985 during Democrat Gov. William Allain’s tenure. Teachers participated in walkouts and picketing to advocate for a $3,500 raise, the New York Times reported at the time. The wildcat strike, which ended with more than 9,000 teachers walking off the job in March 1985, resulted in a $4,400 pay raise granted by the state Legislature, according to Education Week.

Though the strike yielded results, it came with harsh consequences — threats of fines and jail time. The labor law currently on the books came as a direct result of those demonstrations.

A UM professor skipped work to protest racial inequality. State auditor says he should be fired.