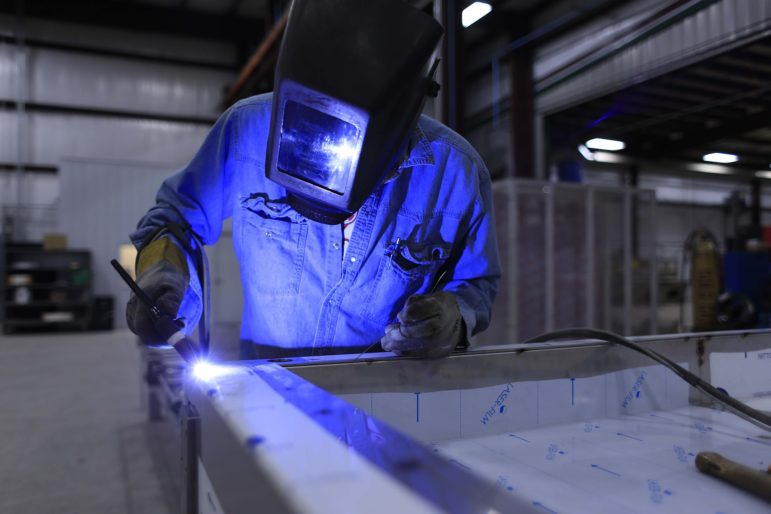 State leaders must spend millions on a workforce training program called ReSkill MS before the end of the year.

How long does it take to hone a skill? Less than four months, Mississippi leaders hope.

Federal law requires the state spend its COVID-19 relief funds, including $55 million to offer workforce training through a program called ReSkill MS, before the end of the year.

About $49 million of that is set aside for community colleges, the primary job training institutions across the state, to pay for equipment that will allow them to expand their program capacity, distance learning technology and tuition vouchers to increase training accessibility for low-income Mississippians. Employers who agree to hire new employees and conduct on-the-job training may receive a total of $4.7 million in payroll subsidies.

After unprecedented job loss in March and April due to the COVID-19 pandemic, 132,800 people in Mississippi were still jobless and looking for work in July, according to the latest numbers available from the U.S. Bureau of Labor Statistics.

Workforce experts acknowledge that the latest initiative, ReSkill MS, will hardly move the needle on Mississippi’s under-skilled and low-wage workforce. Since the money must be spent by the end of the year, it will only pay tuition for short-term training programs, which are limited in option and correspond with jobs that may offer barely a living wage.

Patrick Sullivan, president of the Mississippi Energy Institute and chairman of the State Workforce Investment Board, said he would like to see investment in longer-term training that will lead to well paying careers in in-demand fields. He said he even discussed with other economic leaders using workforce funds to pay for a trainee’s living expenses, so the programs are more accessible to people who already have families to support.

“That would have been ideal,” Sullivan said. “The problem with that is the restrictions of the CARES Act. You have to have all the money out the door by the end of the year. It really limits your options on actual training programs.”

The initiative began in early August. By September, the community colleges had enrolled 527 workers in short term training through the program, according to reports submitted to the Mississippi Department of Employment Security, the state’s foremost employment agency. About 90% of those participants live on the eastern side of the state, while the Delta region, characterized historically by sparse development and low workforce participation, had enrolled zero.

Mitzi Woods, the workforce director for the South Delta Planning and Development District, which oversees ReSkill MS in the Delta, said the latest numbers show 61 enrollees in her area.

“The Delta is doing fine, it’s only that Mississippi Delta Community College is the only one of my three colleges that included any short-term training requests in their CARES fund requests,” Woods said in an email.

That most of the spending is dictated by individual community colleges is illustrative of what officials have characterized as a fractured and ill-coordinated workforce development delivery system, which results in vastly different opportunities from region to region.

Lawmakers passed a bill earlier this year in hopes of better organizing the workforce entities around a common vision and requiring more reporting on how the money is spent.

“I expect we may have duplication of efforts,” said Lt. Gov. Delbert Hosemann, who helped usher the workforce bill, authored by Sen. David Parker, R-Olive Branch.

The $55 million in pandemic relief money flows through four entities called the Local Workforce Development Areas, which are operated by planning and development districts in four regions of the state: the Delta, north Mississippi, south Mississippi and central and southwest Mississippi.

Together community colleges across the state have requested funding from the local workforce areas for nearly 5,200 tuition vouchers — which would help about half of 1% of the state’s workforce — for a total cost of $4.4 million, or about 10% of their funding. They’d actually spent less than $50,000 by August 31.

The training programs with the most requested vouchers were a virtual nursing program, welding, CPR/Basic Life Support, Google Classroom, OSHA safety training, and nurse and health care assistant training, according to a Mississippi Today analysis of ReSkill MS reports from 10 different colleges.

Home health aides in Mississippi, one of the most common jobs employing nearly 18,000 people in the state and which typically requires training, earn an average $9.85-an-hour. Assistant nurses earn $11.11, phlebotomists earn $13.77, Emergency Medical Technicians earn $15.08 and welders earn $19.95, according to labor statistics.

The living wage — earnings required for an individual to support themselves and their family — for a single person living in the Jackson metro area is $11.53-an-hour, according to the MIT living wage calculator. Add one child to the household and the living wage shoots to $21.94-an-hour. Nearly 44 percent of children in Mississippi live in single-parent households, most of which don’t pull a living wage.

Still, some short term training programs provide valuable opportunities to workers, “especially somebody who is not likely to go back to a two or four-year traditional educational institution,” said Carol Burnett, director of the Mississippi Low Income Child Care Initiative and Moore Community House, which operates the Women In Construction Program on the coast.

“I just think getting people to know (about the program), enroll, get in and complete by the end of December is a tall order,” Burnett said.

Lack of child care also presents an issue for working mothers or those who may want to participate in training, Burnett said, especially if her children go to a school district that has opted for distance learning.

On top of tuition vouchers for individual students, the community colleges have requested $44.2 million in equipment purchases. They’d spent less than a quarter million on equipment by August 31, the reports show.

The time constraints on the CARES Act funding means the community colleges likely won’t get everything they’ve requested, depending on supply. Coahoma Community College in the Delta requested 107 pieces of equipment — from forklifts to welding stations to virtual training simulators — totaling almost $1.4 million. A note on its report says, “Coahoma CC has requested more than funding allows in case some things cannot be purchased in time.”

The state plans to use another $4.7 million through December to offer payroll subsidies to employers who agree to hire and train workers displaced as a result of the virus. The state will pay 75% of a new employee’s salary as long as the company pays them more than $15-an-hour while they conduct on-the-job training. The salaries of workers paid under $15 may be subsidized at 50%.

The Local Workforce Development Areas are doling out this money and connecting workers to industries based on employer need. Bill Renick, who oversees Mississippi Partnership, the local workforce area covering north Mississippi, said jobs in the service industry aren’t coming back as quickly as they left, for example. But furniture sales have increased, he said, so much that the many furniture manufactures in north Mississippi are “just begging people” to come work for them.

So far, the local workforce areas have enrolled 239 people in on-the-job training and have identified employers to which they will subsidize nearly $1.3 million. Renick’s group easily tops the list at 148 workers enrolled and $616,654 obligated for companies.

But the Mississippi Department of Employment Security redacted the employer names in reports it supplied to Mississippi Today, shielding the identities of the companies receiving this taxpayer support. The agency cited a state law that appears to broadly offer confidentiality to any employer whose information is obtained by the department.

The agency did not release the most recent reports, for the week ending Sept. 5, by publication, but Gov. Tate Reeves announced on Thursday that the state had reached 2,071 total enrollees in the program.

“ReSkill Mississippi is already helping thousands of Mississippians. We have expanded training capacity in our community college system, and I encourage any Mississippian wanting a better career to enroll,” Reeves said in a release. “I also encourage more companies to sign up and receive cost assistance for new employees receiving on-the-job training. We must continue to fight this pandemic on the economic front just as aggressively as we are fighting it on the healthcare front.”

Administration of the overall ReSkill MS program will cost $1.1 million. To avoid paying money back to the federal government, the state will divert any CARES Act funding to its unemployment trust fund if it is not spent near the end of the year.

“The bottom line is to connect people with opportunities,” Sullivan said. “This is an opportunity for 2020, but the way I look at it is, we’ve got to figure out how to do these types of things more consistently as a state. Because the need existed pre-COVID.”

The state is encouraging workers interested in job training to visit reskillms.com and fill out a contact form, which will be received by the Local Workforce Development Area in their region. Employees at these quasi-governmental agencies, through which millions of federal workforce development dollars typically flow, then reach out to the worker to assess their needs and try to place them into a program or job.