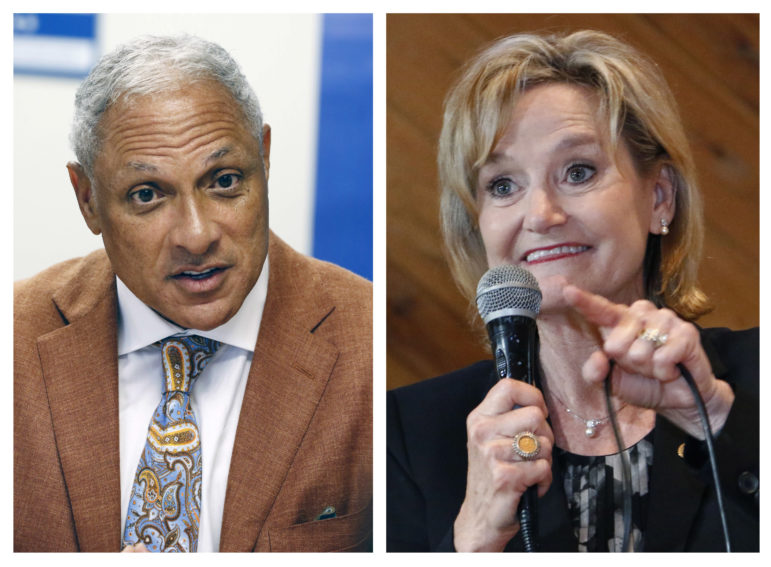 A week after the Nov. 3 general election, the U.S. Supreme Court is scheduled to hear arguments on a lawsuit, supported by President Donald Trump, to overturn the Patient Protection and Affordable Care Act, better known as Obamacare.

As COVID-19 continues to grip the nation, healthcare costs and accessibility remains one of the top issues for voters, and multiple polls show that most Mississippians consider the issue as their top policy concern.

Incumbent Republican Sen. Cindy Hyde-Smith hopes the nation’s highest court sides with the president. Former congressman and U.S. Secretary of Agriculture Mike Espy, her Democratic opponent in the November election, hopes the court does not.

Espy, who lost to Hyde-Smith by about 7 percentage points in a 2018 special election, wants to expand the Affordable Care Act. He said repealing the ACA could place in jeopardy pre-existing condition coverage for 593,000 Mississippians. In addition, about 100,000 Mississippians have health insurance through the ACA Health Insurance Exchange that would presumably be shut down should the Supreme Court rule Obamacare unconstitutional.

Hyde-Smith, on the other hand, wants to replace the ACA.

“Sen. Hyde-Smith believes that common-sense, patient-centered reforms would better help Mississippi families afford health insurance without expanding government’s role in providing healthcare,” said Justin Brasell, a spokesperson for Hyde-Smith. “She believes that Obamacare should be repealed and replaced with healthcare that puts patients at the center of their own healthcare, not the government.”

Asked about what would happen to people with pre-existing conditions should the ACA be repealed, Brasell said, “President Trump has repeatedly stated that he will ensure that individuals with pre-existing conditions will continue to be covered regardless of the outcome of the litigation. Sen. Hyde-Smith agrees with the president that ensuring continued protection for these individuals is important, and so does Senate Republican leadership.

“That’s why the Senate’s most recent COVID-19 bill included language to ensure these protections are maintained,” Brasell continued. “It is unfortunate for so many reasons that Democrats have blocked consideration of that bill, but this is definitely one of the worst.”

The proposals made by Senate Republicans to cover pre-existing conditions in absence of the ACA have been met with skepticism by many healthcare advocates. The nonprofit Kaiser Family Foundation, for instance, points out some Senate GOP plans have prevented the exclusion of pre-existing conditions coverage from insurance policies, but do not provide financial supplements to make the plans affordable.

In short, the insurance companies might be able to charge more for people based on their pre-existing condition and might even allow higher premiums for women than for men, according to the KFF analysis.

Espy has worked to make healthcare a central focus of his campaign. In recent years, he has revealed his own pre-existing condition, a throat virus resulting in his often raspy or hoarse voice and his need for regular shots to combat the condition.

He has spoken of nearly dying from an asthma condition as a youth because the hospital started by his grandfather in Yazoo County — the Afro-American Hospital, the state’s first hospital for Black Mississippians — had run out of oxygen canisters. Espy’s father drove to the then-white hospital in Yazoo City to get oxygen to provide treatment for his son.

“That was 60 years ago,” Espy said in a campaign statement. “Mississippi has made a lot of progress in the past 60 years, yet our healthcare system is still in crisis. Healthcare is not equal. We have failed our rural hospitals and our rural communities because we can’t guarantee affordable and accessible healthcare.

“That’s why my top priority in the Senate is to finally expand Medicaid in states like Mississippi, where health insurance and access to rural healthcare can make the difference between life and death.”

Mississippi is one of just 12 states nationally to not have expanded Medicaid under the ACA to provide coverage for primarily the working poor. The state’s leadership, governor and legislative leaders, have balked at the idea, saying the state cannot afford to provide the Medicaid coverage for 200,000 to 300,000 Mississippians.

Under the Medicaid expansion program, the federal government would pay 90% of the costs, and the state would be responsible for 10%.

A Hyde-Smith campaign spokesman said the decision of whether to expand Medicaid is for the governor and state Legislature to make — not a U.S. senator.

If elected, Espy said he will work with state leaders to try to build a coalition to expand Medicaid. He also said he will push on the federal level to try to convert all the costs for the Medicaid expansion to the federal government.

Of course, if the U.S. Supreme court does overturn the ACA, the Medicaid expansion program, now covering most of the United States, would also be halted.

Brasell said the ultimate goal of Democrats is actually to overturn the ACA.

“Democrats want to replace Obamacare with Medicare for All, making private insurance illegal and putting the government in charge of 100% of healthcare in this country,” he said. “This is the last thing Mississippians want or need. Perhaps you could ask Mike Espy where he stands on government-run healthcare.”

Espy, like Democratic presidential nominee Joe Biden, has touted expanding the ACA, not replacing it with so-called Medicaid for All.

“I am committed to building upon the Affordable Care Act in order to lower health care costs for all Mississippians,” Espy said on his website.