Errol Harmon is the fifth individual charged in connection to a conspiracy to defraud the Mississippi Department of Education through bid rigging, false quotes and fake purchase orders. 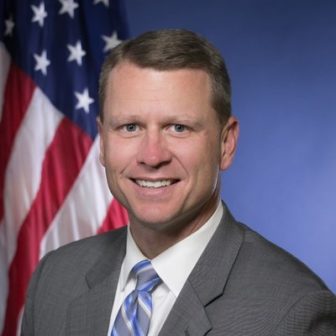 Mike Hurst, U.S. attorney for the Southern District of Mississippi

Cerissa Neal, the former director of the Office of Educator Licensure at the state education department, is accused of conspiring with several others to circumvent the state’s contract procurement process and award contracts to individuals in exchange for kickbacks. U.S. Attorney Mike Hurst brought the charges against Neal and the others in February, but court records were sealed until August.

A request for comment from Hurst’s office was not immediately returned Wednesday.

The contracts first drew scrutiny from the state’s legislative watchdog committee, the state auditor’s office and media reports in 2017.

In the initial indictment, three other Tennessee-based individuals were named as Neal’s co-defendants. In a separate document filed Aug. 25, Harmon was accused of working with Neal, Joseph Kyles, David Hunt and Lambert Martin in the scheme.

Attempts to reach Harmon on Wednesday were not successful.

Neal is accused of splitting contract requests from one contract into smaller contracts to avoid the competitive bidding process. Then, using her position in the department, she would allegedly award the contract to her co-defendants’ businesses at an inflated price, then personally receive a check from the business that won the contract.

Joseph B. Kyles, whose company The Kyles Company was paid more than $650,000 in a three-year period, paid Harmon on numerous occasions in 2014 and 2015. Harmon would then pay Neal soon after, the indictment stated.

Harmon is being charged on one count of conspiracy, one count of bribery and a third count of crossing state lines and using the mail to distribute unlawful funds. His arraignment is scheduled for Sept. 24 before U.S. Magistrate Judge Linda Anderson.