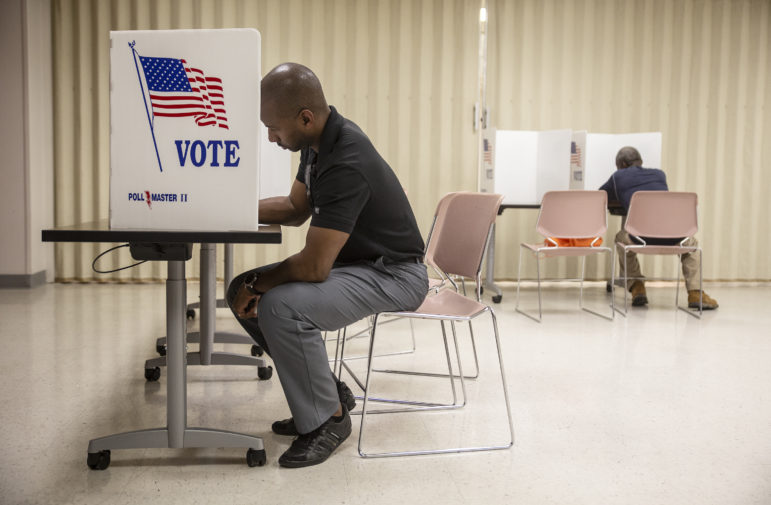 Secretary of State Michael Watson said he will appeal a ruling by a Hinds County judge that would allow early voting for people with pre-existing conditions who feel they could be at risk from COVID-19 this November.

In the ruling handed down late Wednesday, Chancellor Denise Owens ruled people with pre-existing conditions that could be worsened by the coronavirus can vote early in person at the circuit clerk’s office or by mail.

Owens stopped short of granting a request of a group of Mississippi voters to allow all people with COVID-19 safety concerns to vote early. The judge’s ruling was in response to a lawsuit filed by the Mississippi Center for Justice, the ACLU of Mississippi and the national American Civil Liberties Foundation.

Watson, who was a defendant in the case and who oversees elections in Mississippi, said his office will appeal to the state Supreme Court to try to gain more guidance from the courts on who can vote early during the pandemic.

The groups filing the lawsuit said they will file a cross appeal.

“The court correctly concluded that Mississippi voters may vote absentee if they have medical conditions that will lead to particularly severe consequences if they contract COVID-19,” said Rob McDuff, director of the George Riley Impact Litigation with the Mississippi Center for Justice.  “But we believe the right to vote extends even further and requires that absentee voting be available to all Mississippi voters who are following public health guidance and avoiding community events during this pandemic.”

Owens based her ruling on a provision in state law that says people could vote early because of a permanent or temporary disability that put that person or someone else in danger at the polling place.

Earlier this year, the Legislature amended that provision to say people also could vote early if under a physician-imposed quarantine because of the coronavirus. Some questioned how that change would impact the previous provision, arguing people could vote early because of a temporary disability.

On Thursday, Watson said he was appealing “in an effort to receive clarification for our circuit clerks, so they know exactly what does and does not equate to a temporary disability under the statute. The goal is to make sure the applications of the term is consistent for every Mississippi voter.”

The lawsuit is one of two filed because of the state’s limited early voting laws.

Last week, the Lawyers Committee for Civil Rights Under Law, the Southern Poverty Law Center and private attorneys filed a recent lawsuit in the federal court for the Southern District of Mississippi on behalf of state residents and organizations claiming the state’s absentee voting rules are unconstitutional because they could jeopardize the health of citizens trying to vote during the COVID-19 pandemic.

Even though the state has in recent months had one of the nation’s highest number of coronavirus cases per capita, Mississippi is one of the six states that “do not allow legitimate fear of illness from COVID-19 as an excuse to request an absentee ballot,” according to the second lawsuit.

The lawsuit said Mississippi laws and regulations do not comply with the federal Centers for Disease Control and Preventions guidelines developed to help ensure voter safety.

Even before the pandemic hit, Mississippi was among a minority of states that did not allow no excuse early voting via the mail or in person.

In Mississippi, a person must be disabled, over age 65 or out town to vote early. And Mississippi is the only state to require both a ballot application and the ballot to be notarized for a person voting by mail.