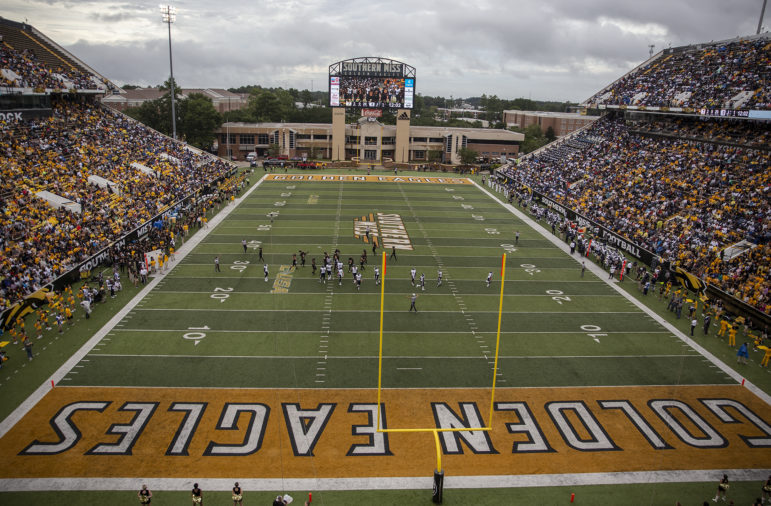 Approximately 9,000 fans will be allowed into The Rock for the first game of the season matching NCAA FBS teams.

I have no idea what to expect tonight when South Alabama visits Southern Miss for the first college football game of 2020 season matching two FBS teams. I just know it will be different.

Hopefully, it will be safe – or as safe as football ever is.

Let’s begin with what we do know. It will be the first football game ever between the two schools that are less than two hours away. USM and USA have long played in baseball, dating back to when The Brat, former Major League hero, Eddie Stanky, was creating a baseball powerhouse at the Mobile school.

They have played almost yearly in basketball and in other minor sports. But they’ve never played football, mostly because Southern Miss didn’t want to give up the recruiting advantage in south Mississippi, southern Alabama and the Florida panhandle it felt it held over its neighboring school. That advantage, for the most part, is gone. The football series makes too much sense. Fact is, the two teams should be in the same conference – and eventually will be, I believe. 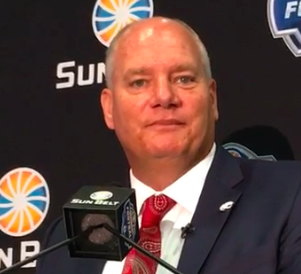 We know that Steve Campbell, no stranger to Mississippi, is the head coach at South, and we know that he can really, really coach. He won a National Championship at Delta State 20 years ago with a no-huddle, option-styled offense that won 14 games and shattered Division II records. Some games you remember forever. I will never forget Delta State’s national championship victory. Ten times, the DSU offense got the ball that day. On the first nine possessions, they scored touchdowns. On the 10th, they ran out the clock. Such precision: They pitched a perfect game is what they did. They were as well-coached as any offense these eyes have seen. Later on, Campbell won another national title at Gulf Coast Community College. Campbell’s first two teams at South have won just five games, but I’ll be shocked if he doesn’t get it going there, as well.

We know that Southern Miss is a two-touchdown favorite, this despite the fact the Golden Eagles recently have lost three of their best players, if not their three best players. All-conference defensive end Jacques Turner, linebacker Racheem Booth and wide receiver/kick returner Jaylond Adams, the fastest player on the team, are among six players who decided not to play this season. Such losses, all happening so close to the start of a season, would stress any college football program. Southern Miss, which long has struggled for depth, surely is no exception.

We know that the crowd will be small, and the home-field advantage virtually non-existent. Only about 9,000 fans will be allowed into The Rock, about 25 percent of capacity. We know that all stadium workers will wear masks. We know social distancing will be enforced. We know fans will be required to wear masks when entering the stadium and when moving around within it.

We know the officials on the field will wear masks. Traditionally, the guys in striped shirts have often been called thieves, crooks and worse. Now, they will look the part.

Seriously, there is so much more we don’t know.

We don’t know how much missing spring training will affect the quality of play. Since reporters have not been allowed to view practices, we don’t know much about depth chart changes or the new additions to either team.

We don’t even know if we really ought to be playing football at all. We don’t know how long the season that begins tonight will continue. This promises to be the strangest of seasons, one so many across the country have decided not to play.

We do know they’ll play football in Hattiesburg tonight. And we know what we say these days when anyone leaves home or their comfort zone: Stay safe.