It’s 92 degrees in the shade and at least 110 on the sun-baked artificial turf at Madison-Ridgeland Academy where the defending private schools football state champion Patriots sweat through a spirited afternoon workout.

The MRA offense works on its passing game, watched over by a gray-bearded, heavyset man, wearing a baseball cap and gruffly shouting orders. Those instructions, laced with both praise and criticism, rain down from a mechanical lift platform suspended 12 feet or so above the field.

“I could use a megaphone,” Herbert Davis tells a reporter later.

On the contrary, he did not need one.

Davis, the man overhead, has the appearance – and husky voice – of a 29-year veteran coach, which he is. But, as you will learn, there’s not much else that’s typical about this 53-year-old coach.

Take the mechanical lift. Davis doesn’t coach from above because he is imitating Bear Bryant. No, he coaches from the lift because it’s not safe for him to be close to his players. You see, Davis suffers from stage 5 (complete) kidney failure. He undergoes 7 1/2 hours of dialysis every night while he sleeps. He is on the kidney transplant waitlist, waiting for a matching donor.

We read and hear these days about the danger of certain underlying medical conditions amid this COVID-19 pandemic. Google it. Chronic kidney disease is among the first that will pop up.

The MRA team already has had players test positive for COVID during the pre-season. So my first question for Davis was a fairly obvious one: Aren’t you taking a huge risk?

“I am a football coach; this is what I do,” Davis responds. “You gotta live life. Now, in my case, you gotta live it smart. I coach from the lift at practice. I don’t go in the locker room. When I am around the kids, like in the film room, I wear two masks and a face shield.”

On road trips, he will take his own car. He won’t ride the team bus. Still, it seems an awful risk…

“I love the kids, I love the game,” Davis says. “This is who I am. Shutting it down was never a consideration. Never.”

Know this about Herbert Davis. He is really, really good at what he does. His overall record as a head football coach is 196-85. In six previous seasons at MRA, he is 61-19. He is believed to be the only active coach in Mississippi to have coached five different schools to state championship games. Last year, MRA won its first state championship in 15 years, defeating perennial powerhouse Jackson Prep 48-33.

Davis has loved the sport since he was a child in Brookhaven. He played football and baseball at Brookhaven Academy and then both sports again at Copiah-Lincoln Community College. He played baseball at Mississippi College where he got his undergraduate degree, and then began coaching while he worked toward his master’s at Delta State.

“I started coaching because I loved to compete and I loved to win,” Davis says. “I’ve never considered anything else. You gotta understand my idea of a perfect weekend afternoon is to kick back and watch film.”

Says offensive line coach Kenny Williams, who has coached with Davis for 13 years, “Herbert doesn’t have a hobby; his hobby is coaching. He’s constantly watching games from the 60s, 70s and 80s when he’s not watching our film. He’s football 24-7. He really, really works at it. I love football like the next coach, but Herbert’s different. Sometimes, you want to say, ‘Coach, you know there is a life outside football.’ But that’s one reason why he’s so good at it.

“Something else you need to know, he really cares about these kids,” Williams continues. “He’s tough on them. He’s demanding, but he loves them and they know it. What he brings to the table are modern football schemes and an old-school work ethic. That’s a heckuva combination, if you ask me.”

When the job came open again, seven years ago, Duease says, “I did not make the same mistake twice.”

“Herbert’s the best football coach I’ve ever been around, and I’ve been around a bunch of them,” Duease says. “He is so organized, he has a great staff and he has such a way with the players. They love him and play hard for him. He’s been successful everywhere he’s ever been, and now he’s been here longer than he’s ever been any other place. We want to keep it that way. We’ve just got to get him that kidney he needs.”

Davis says he first began to experience kidney problems in the form of debilitating kidney stones eight years ago. Gradually, his kidney function has worsened. He was in stage 4 (the last stage before failure) last season when he was coaching the Patriots to the school’s first-ever state football championship.

Two months after the championship, last January, Davis learned he had moved on to stage 5, complete failure, and would need a kidney donation to live a normal life.

“Obviously, right now, I’m not the guy I used to be, but I’m better now than I was this spring before we got the medicine right and I started the nightly dialysis at home,” Davis says. “I just hook it up before I got to sleep every night and when I wake up, it’s usually done. I’d shoot myself if I had to go to the clinic and do it all the time. I’ve got more energy now, but still sometimes at the end of the day I’m as tired as an old hound dog that’s been chasing rabbits all day.”

You would never suspect it from watching him coach from the lift with the sun beating down and heat reflecting off the artificial turf on a brutally hot afternoon. He is into it, and his players are into him. When he speaks, they listen intently. If math and science teachers could command the same attention, we’d have a lot more and better engineers. 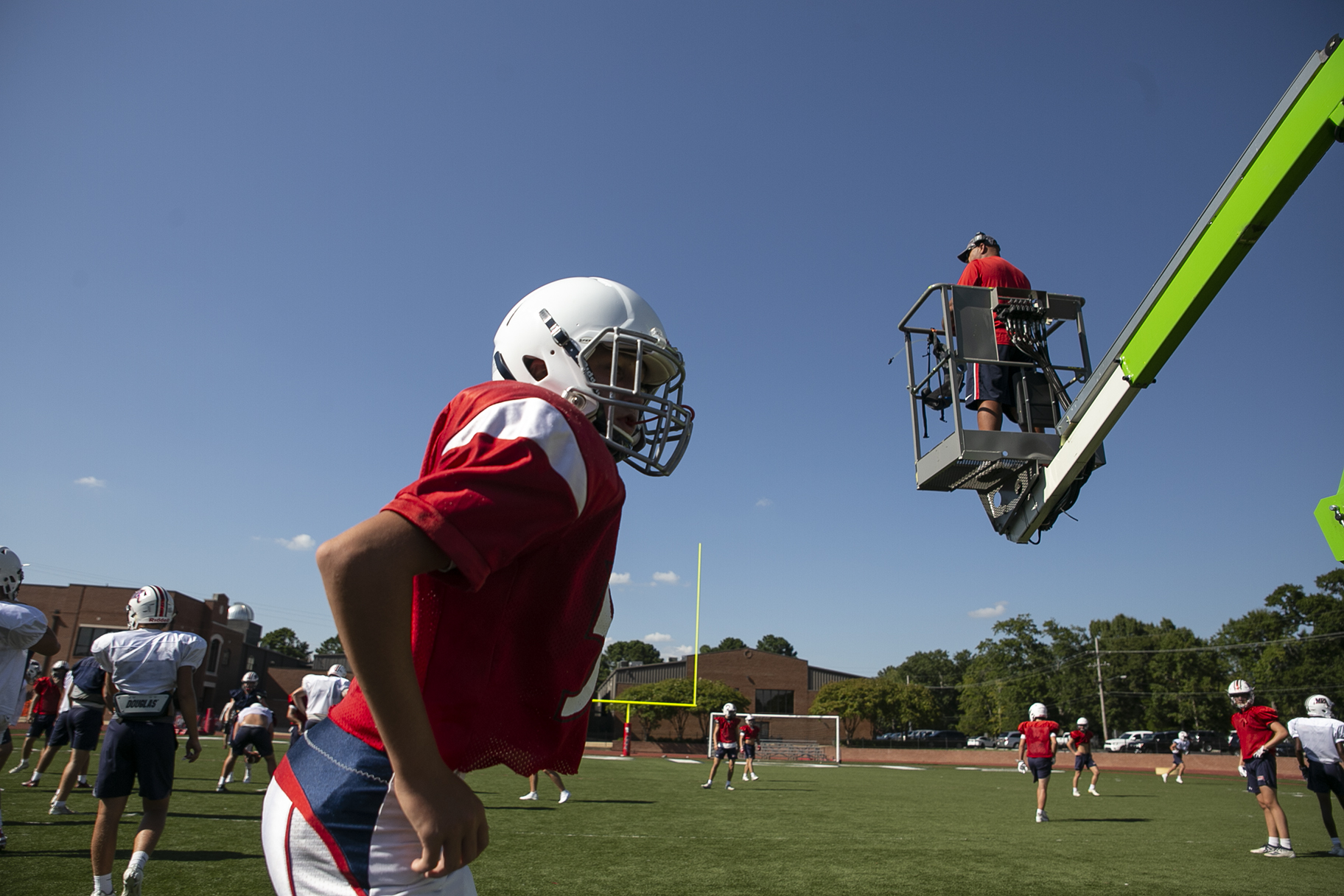 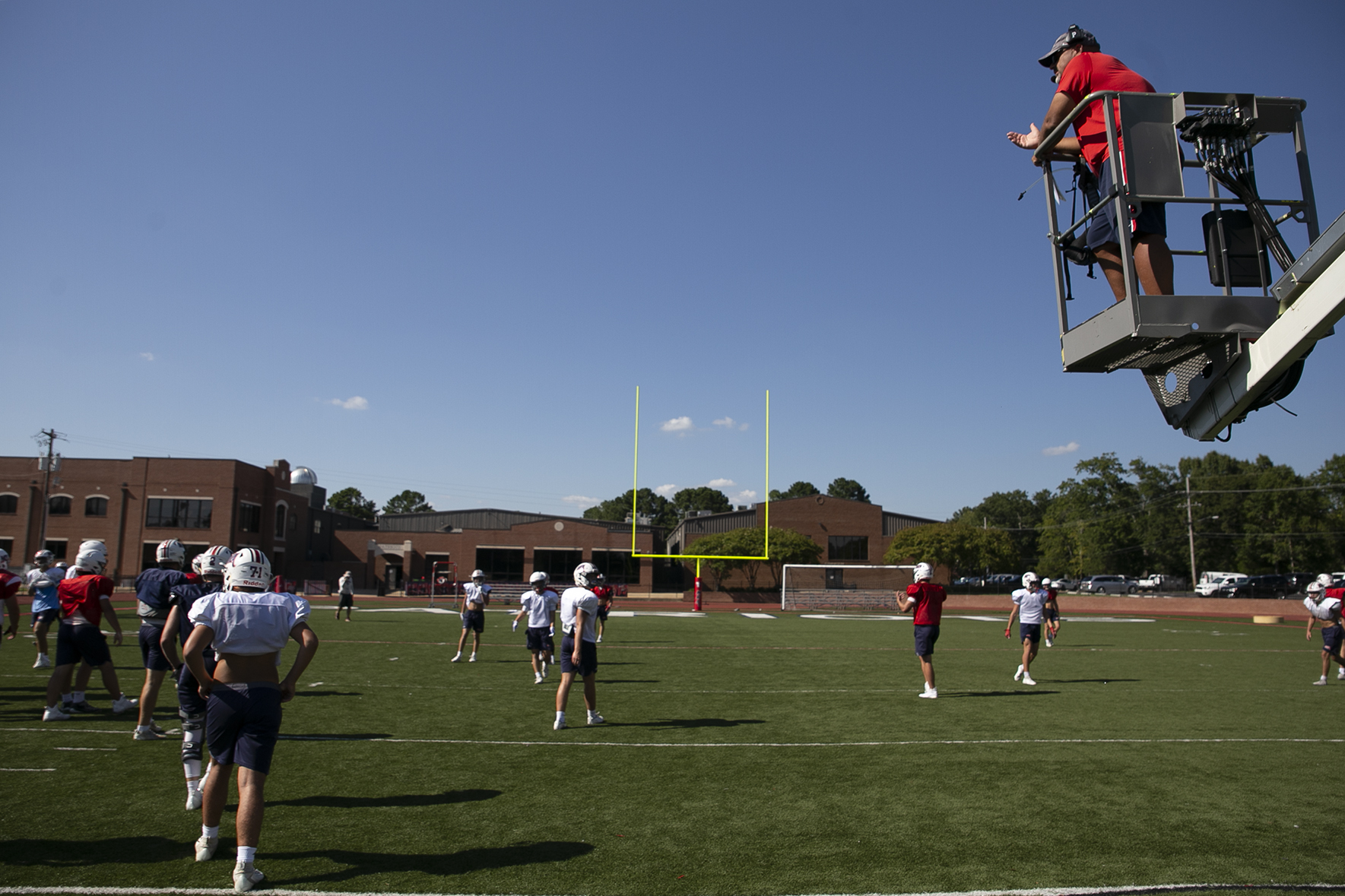 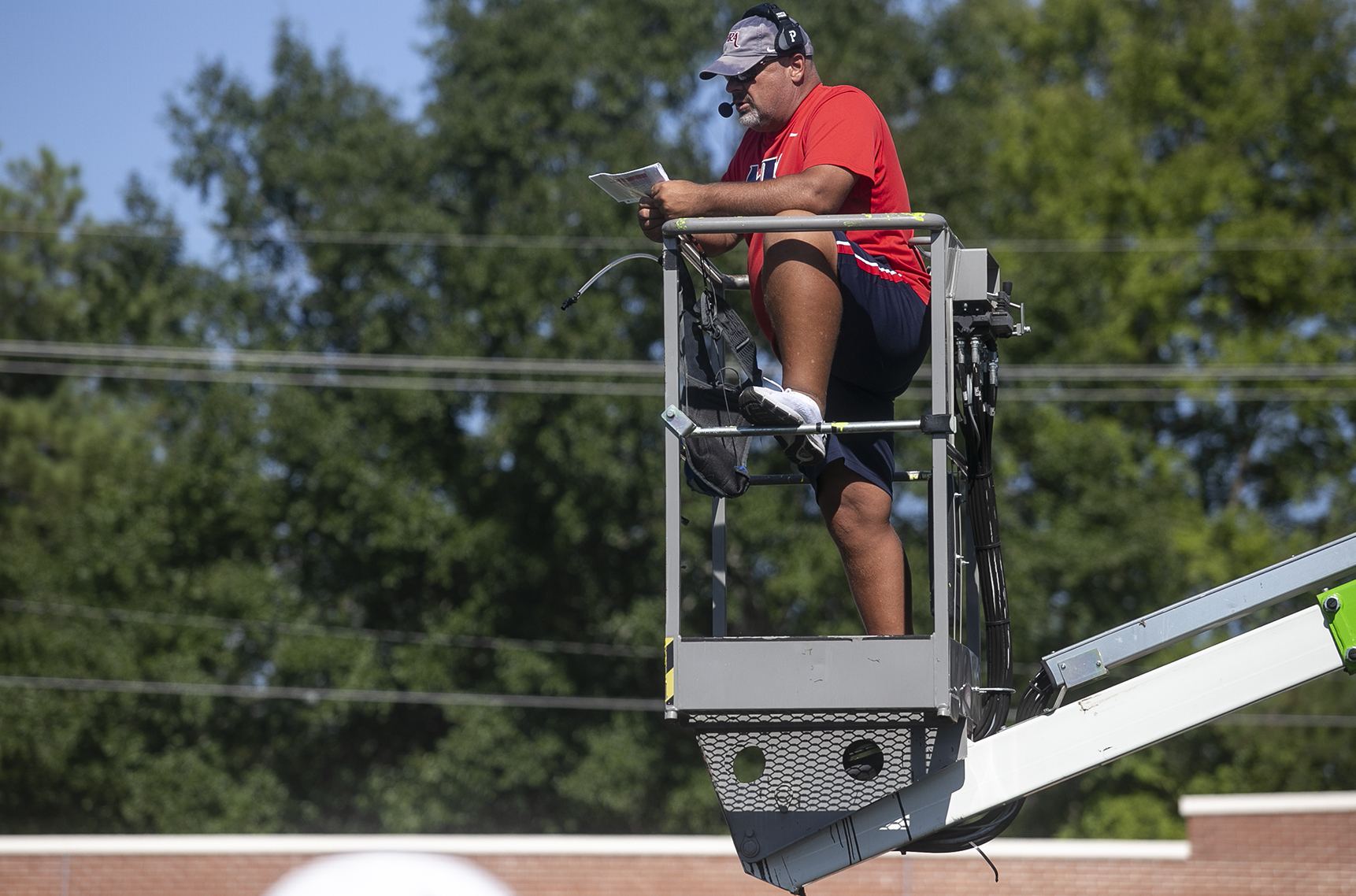 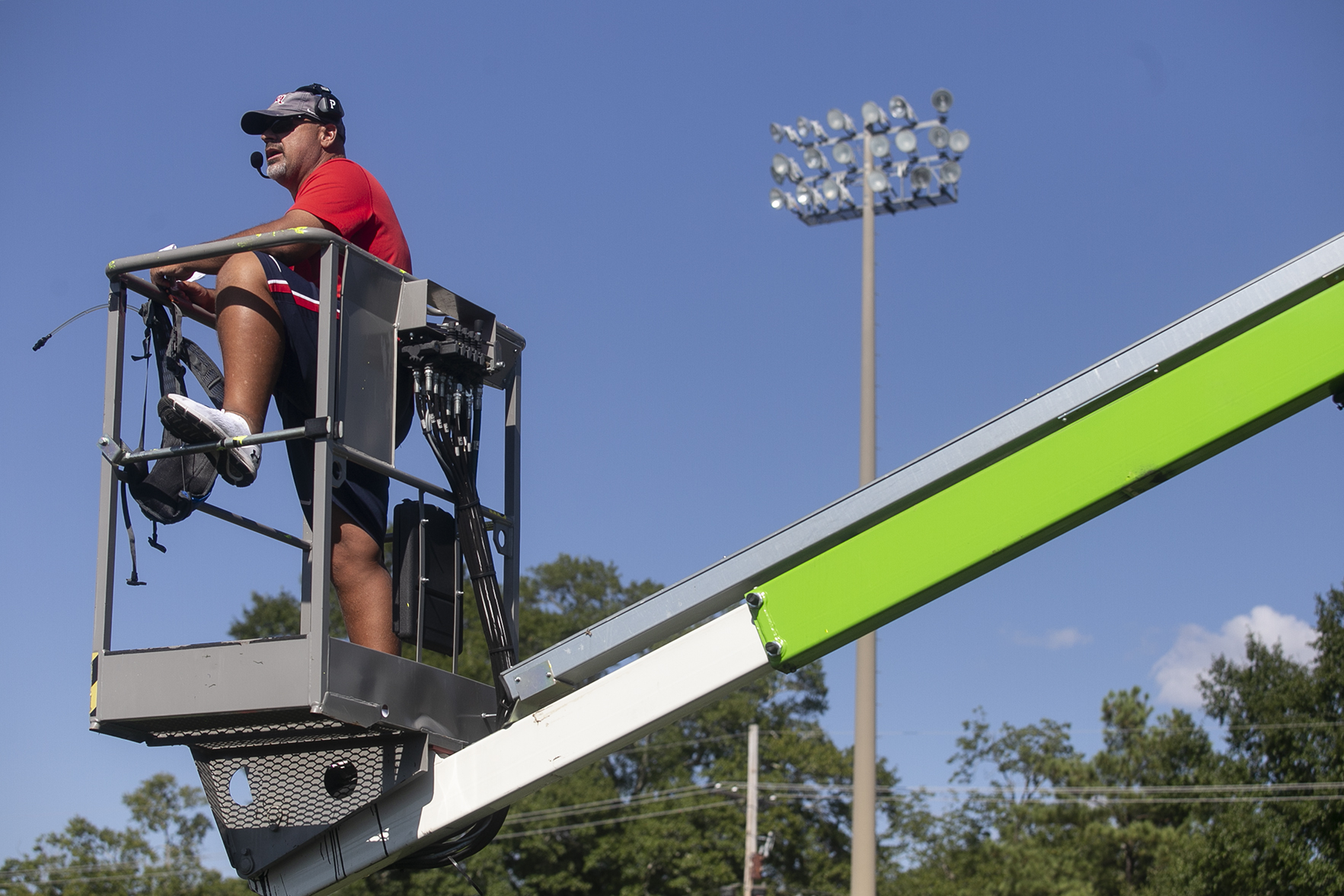 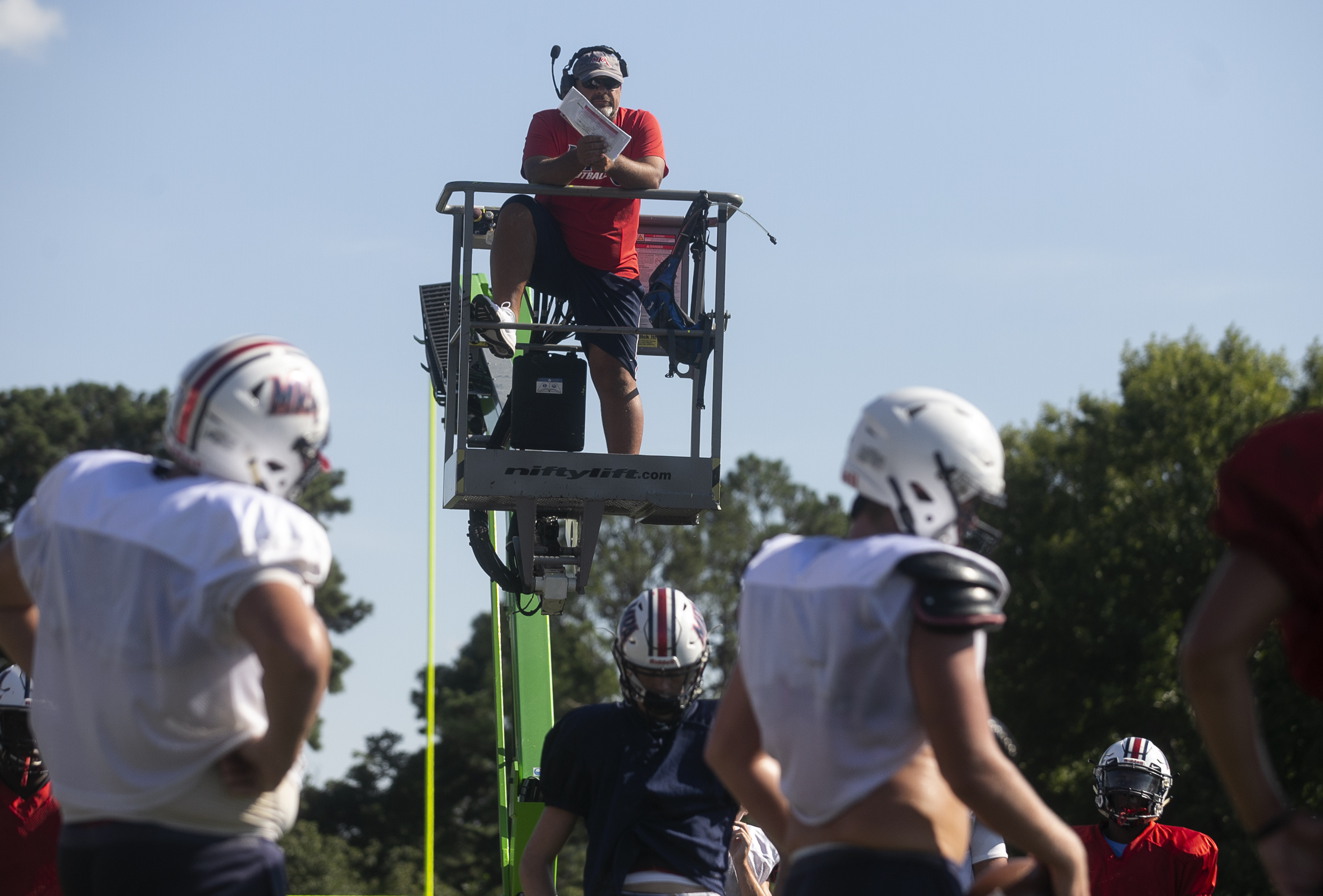 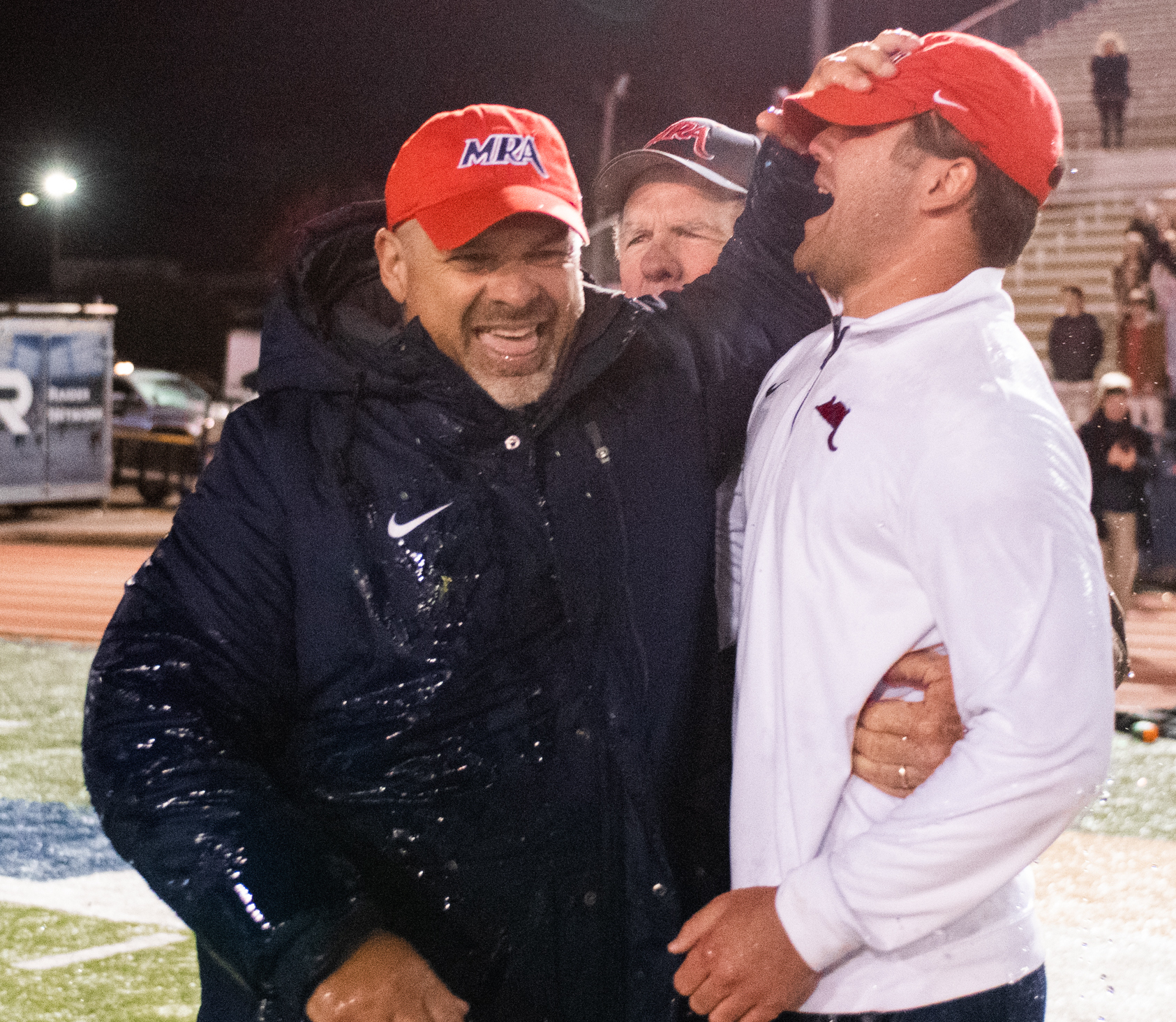 “We’re behind, we’re not very good right now, but we have a chance to get a whole lot better,” he says.

Davis says his rock-solid coaching staff, including several former head coaches, has allowed him to keep coaching despite his condition.

Clearly, this will not be the ideal opening opponent for a team replacing so many key players. Then again, Herbert Davis has faced much bigger challenges, including the much larger, more important one he faces every single day.