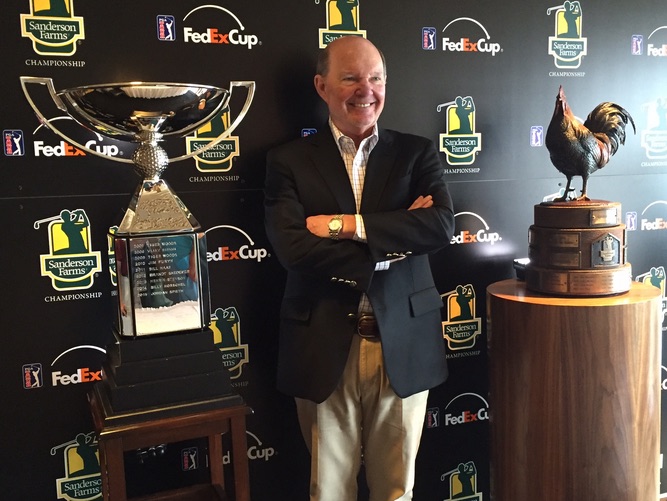 The Sanderson Farms Championship, Mississippi’s lone tournament on the PGA Tour, will be played without spectators, tournament officials announced Monday.

All four rounds of the tournament (Oct. 1-4) at the Country Club of Jackson will be telecast live by The Golf Channel.

Still to be decided: Whether or not the two pro-ams that precede the tournament – and provide much of the event’s revenue stream – can be played. The Monday (Sept. 28) and Wednesday (Sept. 30) pro-ams pair groups of amateurs, who pay to play, with touring pros in pro-am competitions.

“We are still hoping to have our pro-ams, but it is a fluid situation based on the COVID-19 environment,” said Steve Jent, the tournament’s executive director. “If we do get the go ahead, the pro-ams will not be open to the public and full health and safety precautions will be in place for the pros and amateurs.”

All other tournament-related events, such as on-site hospitality, parties and fan events, will not occur.

Tournament officials said an extensive health and safety plan for screening and testing will be in place, including COVID-19 testing for players, caddies, officials and volunteers. In addition, the tournament plans to implement enhanced cleaning, sanitizing and disinfecting practices in all areas of tournament operations in accordance with state and local guidelines.