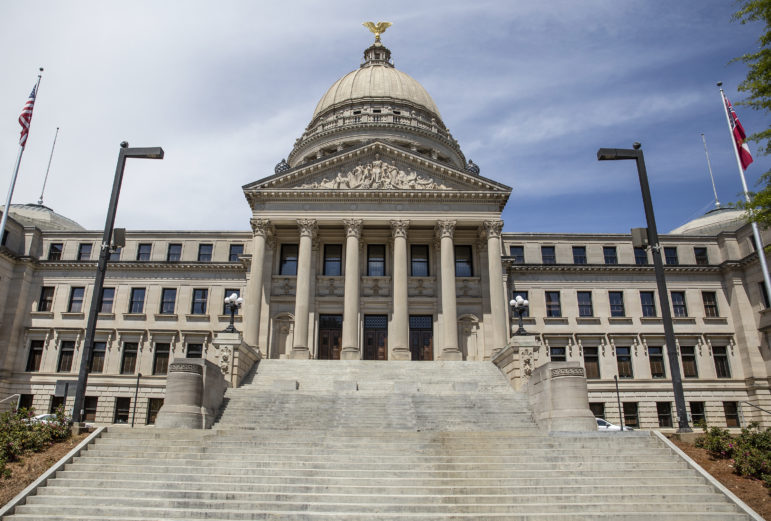 The Legislature plans to reconvene Monday afternoon amid a battle with Gov. Tate Reeves, who has vetoed bills and refused to call lawmakers back into session, saying too many of them might still have coronavirus.

On Wednesday Speaker Philip Gunn and Pro Tem Jason White, the top two leaders of the GOP-controlled House, sued Republican Reeves over his line-item vetoes of much of the public education budget and parts of a federal COVID-19 relief spending bill for health care providers. They said Reeves does not have the constitutional authority to selectively pick and choose such items to veto in legislative spending — a long-running battle between the Legislature and governors, in which lawmakers have generally prevailed in court.

Reeves blasted the lawsuit as a “power grab,” accused some of his fellow Republican leaders of being “liberal,” and said his vetoes were protecting taxpayers from “payoffs from friends” and “pet projects” in Mississippi’s federal coronavirus relief spending.

Reeves, in his first year as governor after two terms as lieutenant governor, has frequently clashed with his fellow Republican legislative leaders. They have fought over whether the governor or Legislature has authority to spend $1.25 billion in federal COVID-19 aid for Mississippi — with the Legislature prevailing — and other issues. Reeves often clashed with his fellow Republican leaders when he was lieutenant governor, as he used a heavy hand in controlling spending and other legislation. As governor, he has relatively little power over legislation.

Reeves this week noted that lawmakers’ ability to call themselves back into session is very limited, per the Legislature’s own resolution. Otherwise, Reeves has sole authority to call lawmakers back for a special session and said he’s reluctant to do so now for lawmakers’ own health and wellbeing because of an outbreak of COVID-19 at the Capitol that infected about 50 lawmakers and staff in July.

The resolution legislators passed earlier this year allows Gunn and Lt. Gov. Delbert Hosemann, who presides over the Senate, to jointly reconvene the Legislature for COVID-19-related issues. It could be argued that Reeves’ partial veto of the Coronavirus Aid, Relief and Economic Security Acts bill for health care provides gives legislators the authority to reconvene as does changes in the federal rules on how states can spend the CARES Act money.

Of Reeves’ five vetoes or partial vetoes issued in early July, the most pressing is the partial veto of the bill funding kindergarten through 12th grade public schools. It will take a two-thirds vote to override any veto.

It also will take a two-thirds vote of both chambers to take up any issue other than coronavirus-related legislation, based on the resolution passed by legislators.

Any effort to try to override the education budget bill partial veto or the CARES Act partial veto would begin in the House.

Reeves also opined legislative leaders “don’t have the votes to override the vetoes” so they filed the lawsuit as a “Hail Mary.” He said many Republican lawmakers don’t want to fight with him and are concerned the Legislature is running amok with liberalism.

But legislative sources say the Republican leadership has the votes to override the vetoes and Reeves is overstepping his constitutional authority as governor.

Gunn and Hosemann on Friday issued a formal call for the session to reconvene at 1 p.m. on Monday.

Legislature to reconvene Monday amid battle with Gov. Reeves