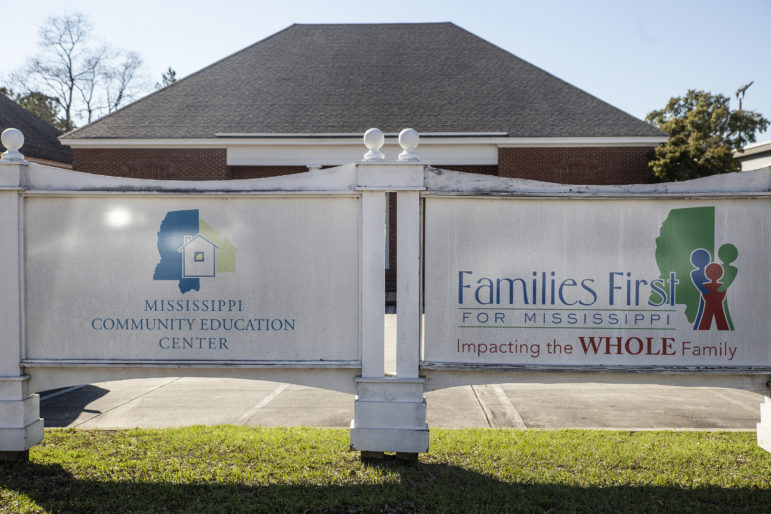 Since Mississippi’s welfare agency was exposed for massive misspending within its cash assistance program, Mississippi Department of Human Services officials have attributed the issues solely to a former leader’s failures.

John Davis, former director of the Mississippi Department of Human Services, was arrested in February within the largest alleged public embezzlement case in state history.

But for months after former director John Davis retired in July of 2019, welfare dollars continued to flow to two nonprofits now accused of spending millions on items and services that had nothing to do with helping poor families.

In the past year, while the agency froze funds to those questionable programs, it still spent comparatively little of its Temporary Assistance for Needy Families dollars on direct financial assistance, or even workforce training and supports to help parents become self sufficient.

Records show some of the money went to meaningful efforts — such as after school programs, high school drop out prevention and services for disabled children — but which don’t do much to directly improve the household conditions for families already living in poverty, policy advocates argue.

Mississippi’s poverty rate remains the highest in the nation at just under 20 percent, based on one-year estimates from the U.S. Census Bureau’s 2018 American Community Survey.

“Mississippi’s TANF block grant is an opportunity the state gets every year to reduce poverty. TANF is intended to serve families in need,” said Matt Williams, director of research for Mississippi Low-Income Child Care Initiative, who wrote a report on the program’s 20-year history in 2017. “In our state, poverty is highly concentrated among families headed by single moms. It is so critical to invest these limited federal funds in proven interventions, like coupling child care assistance and education or skills training that leads to higher wages. When the state isn’t intentional in how it invests TANF, then it misses this opportunity.”

In the first seven months of the current federal fiscal year, from October of 2019 to May of 2020, the top TANF recipient was nonprofit Mississippi Community Education Center, which received $4.9 million, according to a spreadsheet the agency provided Mississippi Today. Officials from the nonprofit, Nancy and Zach New, were arrested alongside Davis in February in what State Auditor Shad White is calling the largest public embezzlement scheme in state history.

The next largest TANF recipient was the National Strategic Planning and Analysis Research Center (NSPARC) at Mississippi State University, which received $1.7 million under a contract to provide technical support and data analysis to the agency.

In an interview with Mississippi Today, the current Human Services Director Bob Anderson said he was familiar with NSPARC, but that he hadn’t seen the results of their work, for which the department has paid several million in the last few years. In fact, while the research center is supposed to be helping the department gather data on clients to track the outcomes of their anti-poverty programs, “I don’t even have numbers right now, here at DHS,” Anderson said.

The next largest recipients were the Mississippi Alliance of Boys and Girls Clubs ($1.6 million), Family Resource Center of North Mississippi ($1.5 million), Cambria Solutions ($791,000), the Mississippi Department of Employment Security ($776,000) and SPAHRS Interface ($662,000), the state’s electronic payroll system, Mississippi State University’s ACCESS program for students with disabilities ($560,000), the Office of the State Auditor ($355,000) and the Mississippi Community College Board ($341,000).

The State Auditor conducts an audit of Human Services on behalf of the federal government every year called the Single Audit, paid for with a portion of the funding it gives the state agency. Mississippi had to dole out more money than usual this year because of how much fraud in the TANF program there was to uncover.

In the seven months Mississippi Today examined, the welfare agency paid these subgrantees and other partners more than $18 million and paid just $4.2 million to direct assistance to poor Mississippians, including what appears to be transportation stipends. Federal financial reports outlining the ways Mississippi spent its 2019 TANF block grant are not yet available and reports for the 2020 TANF block grant won’t be published until well into 2021.

The state receives $86.5 million from the U.S. Department of Health and Human Services in TANF funds each year and often spends unused dollars from the previous year. When he ran the department, Davis allegedly doled upfront TANF payments to subgrantees of his choice; the agency re-instituted a competitive bid process after he left.

Out of its 2020 grant, it awarded about $22 million to subgrantees, most of which began at the beginning of January, but had only spent about $4.3 million by July, according to a spreadsheet the agency provided Mississippi Today this month. Blanton explained that some of the subgrantees haven’t been able to conduct their programming due to COVID-19, so they haven’t pulled down their funds. The agency also transferred $30 million of the block grant to the Mississippi Department of Child Protection Services.

Davis abruptly retired after nearly 30 years with the agency in July, shortly after his employees took information about fraud to former Gov. Phil Bryant, who turned it over to State Auditor Shad White, officials said. Bryant appointed Christopher Freeze, a former FBI agent, to replace Davis. Davis and five others have pleaded not guilty and await trial.

In December, months into the investigation and after the auditor visited Human Services, the agency announced it planned to award TANF subgrants to both Mississippi Community Education Center and Family Resource Center of North Mississippi, two now-embattled nonprofits that Davis tapped to run a statewide program called Families First for Mississippi. But officials finally heeded warnings about the nonprofits’ behavior and never officially inked the new contracts. The nonprofits didn’t receive any money after December.

After an initial inquiry into Families First for Mississippi by the legislative watchdog Joint Legislative Committee on Performance Evaluation and Expenditure Review in 2017, the executive director James Barber followed up with Human Services just after Davis resigned in 2019 to ask about its large payments to the nonprofits.

Meanwhile, Freeze had discovered the agency was not adhering to traditional contract rules, Barber said. “The response from Christopher Freeze at that time was that the department believed because these were grant funds that a formal contract was not required,” Barber told Mississippi Today in May. “He (Freeze) said he did not agree with that and that’s why they were going through the RFP process.”

Correction: A previous version of this story contained a typo and should have said Davis and five others have pleaded not guilty.