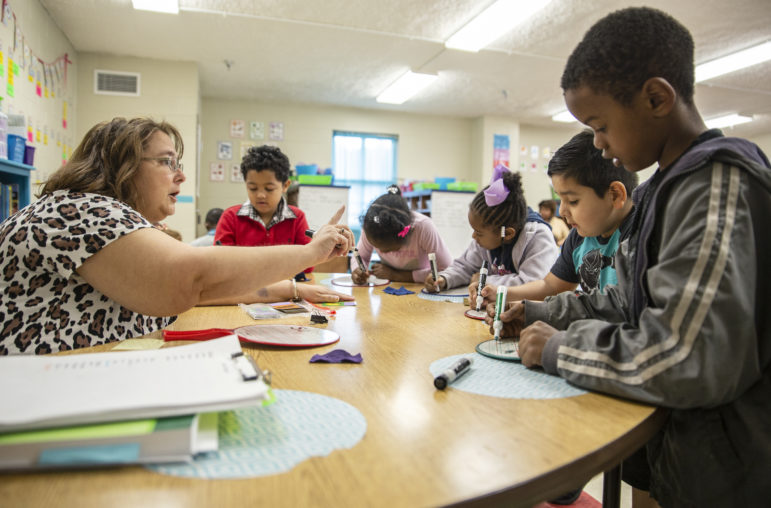 Mississippi’s K-12 public education is taking a pandemic-fueled budget cut for the coming year under spending approved by lawmakers on Tuesday.

And the coronavirus economic slump forced the Legislature to scrap a teacher pay raise many top officials had promised when they ran for office last year.

Lawmakers adopted an overall $2.2 billion public education budget for the fiscal year that begins Wednesday, a cut of more than $70 million, or 2.7 percent.

The spending shorts the Mississippi Adequate Education Program – a formula that by law is supposed to set minimum funding for schools – by about $250 million. MAEP spending is taking a year-over-year cut of 1.6 percent, or about $37 million.

House Education Chairman Richard Bennett said that given cuts to other agencies due to projected revenue loss from the coronavirus pandemic-fueled economic slump, K-12 fared well.

“MAEP and education took less of a hit than all others,” Bennett said.

Public education advocates appeared to share Bennett’s view that cuts could be worse given the pandemic and economic climate. The Mississippi Department of Education declined comment through a spokeswoman.

In a statement on Monday, the Mississippi Association of School Superintendents said it realizes the impact the pandemic has had on state revenue, and is grateful the current year’s budget for schools didn’t get chopped as well. MASS said it hopes the state economy – and government revenue – will start to turn around in July.

“While most agencies got at least a 5 percent reduction for next year, K-12 was treated very fairly …,” the MASS statement said. “We are pleased that the legislators understand the tremendous struggle that K-12 education is having at this time and prepared our budget accordingly.”

But Loome said it shouldn’t be lost that “this does underfund our public schools by $250 million” at a time when schools are being asked to cope with safely educating children during the pandemic.

“All of those things cost money, and then they’re being funded less than last year,” Loome said. “I’m not sure how you add teachers to have smaller classrooms to abide by safety guidelines.

“… We’ve been asking our public schools to do more with less for decades,” Loome said.

Bennett and Senate Appropriations Chairman Briggs Hopson told lawmakers that other money, from the federal coronavirus relief bill, could help ameliorate cuts to public education. Lawmakers are directing millions of the federal money to schools to purchase computers and tablets and to provide internet access to more areas of the largely rural state.

“Hopefully that will fill part of that gap,” Bennett said. “All schools spend money to some extent on technology already, and this would help cover that … Hopefully we’ll see things like getting away from hardback books, going to electronic, which are much cheaper.”

Bennett said public education’s coming expenses and operations, like so many other things, are up in the air with the COVID-19 pandemic.

Projected shortfalls caused lawmakers earlier to scrap a planned teacher pay raise for the coming year that appeared assured of passage before the pandemic hit. It would have given a $1,100 a year raise to teachers in their first three years and $1,000 for others. Mississippi teachers remain among the lowest paid in the nation.

“We just couldn’t do it – conditions wouldn’t allow it,” Bennett said. “We couldn’t put that burden on taxpayers, given everything else going on, people out of work.”

Kelly Riley, director of Mississippi Professional Educators, said: “We appreciate the Legislature not cutting K-12 as significantly as they were forced to cut other agencies. We will continue to work with legislative leaders on a teacher pay raise, as a pay raise is critical to addressing teacher recruitment and retention.”