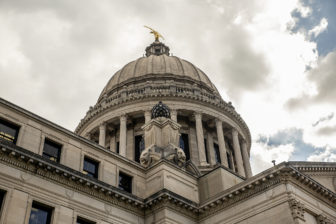 Voters will have the opportunity in November to remove a Jim Crow-era provision from the state Constitution that makes Mississippi the only state in the nation where a candidate for statewide office can win a majority of the popular vote and not be elected.

The Mississippi Constitution, adopted in 1890, requires the winning candidate for governor and for other statewide offices to obtain both a majority of the popular vote and win the most votes in a majority of the 122 House districts. If no candidate obtains both of those requirements, the Mississippi House of Representatives gets to choose the winner of the top two vote-getters.

But a resolution passed this month by both chambers of the Mississippi Legislature would remove that requirement. This week’s legislative action means that Mississippi voters will decide in November whether to remove that provision from the Constitution.

The Legislature acted in response to a federal lawsuit challenging whether the electoral provisions violated principles of the U.S. Constitution. The lawsuit was filed last year in the midst of the gubernatorial race between Democratic Attorney General Jim Hood and Republican Lt. Gov. Tate Reeves.

The lawsuit claimed that under the gerrymandered House districts, Hood would have had to win as much as 55 percent of the popular vote to win the majority of the House districts. In effect, the plaintiffs argued, the provision dilutes the strength of African American voters, who are more prone to vote for the Democratic candidate in Mississippi.

U.S. Judge Daniel Jordan of the Southern District of Mississippi did not rule on the lawsuit but expressed “grave concerns” and indicated he might rule at a later date if the election was impacted by the provision or if the Legislature did not act to remove the provision. Jordan met with legislative leaders about the issue before the 2020 session began. With Reeves garnering 52 percent of the vote and winning the majority of the House districts, the provision throwing the election into the House was not a factor.

The lawsuit was filed by the National Redistricting Foundation and the Mississippi Center for Justice on behalf of African American voters in the state. In a press release, the Mississippi Center for Justice pointed out that the Legislature’s final passage of the resolution on Monday comes one day after lawmakers addressed another 1890s-era issue: the removal of the state flag that has the Confederate battle emblem as part of its design.

“In the wake of the historic removal of the Confederate emblem from our state’s flag, we are pleased the Legislature is taking this additional step to remove this racist relic of the post-Reconstruction era from Mississippi law,” said Vangela M. Wade, president of the Mississippi Center for Justice. “In addition to joining in the lawsuit that led to this development, we are moving forward with our challenge to Mississippi’s felon disfranchisement law, which is another discriminatory provision of the 1890 Constitution. We want to take advantage of this important moment in American race relations to advance the cause of justice in our home state of Mississippi.”

If approved by voters in November, the provision will be removed, but Mississippi will still be in a minority of states. Under the resolution approved by the Legislature and pending the approval of the voters, Mississippi would become one of only three states in the nation to require a runoff between the top two vote-getters if no candidate achieves a majority of the votes. Georgia and Louisiana require runoffs. Vermont’s statewide elections are thrown to its legislature to decide if no candidate obtains a majority.

Sen. Hob Bryan, D-Amory, was one of two senators to vote against the resolution. He supported removing the provision throwing elections into the House but opposed placing in the Constitution the runoff. He said the runoff could be placed in general law.

It takes more votes (two-thirds of both chambers and a vote of the people) to change constitutional provisions than it does general law, which requires only a majority to change.

Senate Constitution Chair Chris Johnson, R-Hattiesburg, said, “Sen. Bryan has made valid points,” but indicated at this late date in the session senators should pass the language before them creating the runoff.

The only instances where the electoral provision was a factor were in three consecutive elections in the 1990s.

Editor’s note: Vangela M. Wade is a member of Mississippi Today’s board of directors.