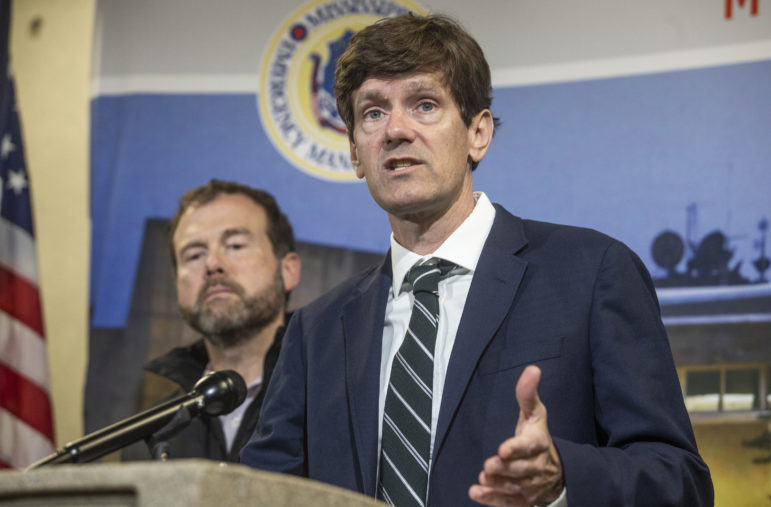 After four days without full data updates, the first full single-day data report since June 17 showed the most-ever new cases reported in a single day — 611 new cases with 11 new deaths — which brings the rolling average to a new peak as well, at nearly 400 new daily cases.

The Mississippi Department of Health said last week that the data delays were due to “legacy software issues impacting its ability to create detailed reports.”

Until Monday, hospitalization data was the only new data released since June 19, when the Mississippi Department of Health issued new case numbers for June 17. Though technical problems have lately delayed daily reports, only once before now – June 11 – has the agency completely forgone daily numbers. During the delay, hospitalizations peaked in Mississippi to the most-ever reported levels, ranking second in the U.S. for per capita and per case current hospitalizations.

Monday, WLBT reported that MSDH is in the process of replacing the system, after the data delays were restored. In total, MSDH has spent $3,344,423 on six contracts with Scientific Technologies Corporation since 2011, including a $1 million renewal early this year, by request for proposal.

Over the past decade, MSDH has gone through rounds of budget cuts from the state legislature that have netted the agency flat funding since 2010. After increasing to more than $64 million in fiscal year 2016, MSDH’s share of the budget was cut by almost 10 percent two years later down to just over $57 million. It has edged back up to almost $62 million for 2020, just under where it was in 2010.

On Monday, the state health department released combined data for the past five days after last week’s “legacy software issues” that kept the agency from producing daily case counts and other data.

Mississippi now has its highest seven-day rolling average* for new cases yet at 392. Before Sunday, that number last peaked at 331 on June 12.

Mississippi’s hospitalization rate has climbed to one of the highest in the country, reaching second among all states on Sunday. Monday’s new data brought the state to third highest.

The seven-day rolling average for illness onset — the day people report they got sick — hit a new peak, reaching 324 a day on May 29.

The rolling average for daily tests is at 3,228, roughly the same as a week ago. However that number has dropped about 40 percent from two weeks ago.

*Note: For the purpose of daily case counts and averages, Mississippi Today evenly split the new cases between four days — not including June 17, for which MSDH already provided a daily count.

Alex Rozier contributed to this report.

After days without data, state reports most new COVID-19 cases in one day