As education officials debate how and when to reopen public schools in the fall, lawmakers are currently working on legislation that would designate $150 million in federal stimulus funds to help Mississippi’s public schools implement a digital learning plan. 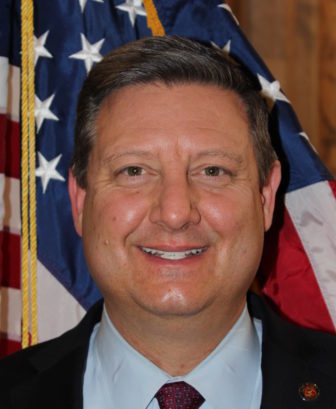 On Wednesday, Senate Education Committee Chair Dennis DeBar, R-Leaksville, introduced the “Equity in Distance Learning Act,” which would appropriate funding to the state’s public schools to pay for online learning and technology. The intent is for the Legislature to allocate $150 million from the state’s $1.25 billion in federal Coronavirus Aid, Relief and Economic Security Act money, which would require lawmakers to pass a separate appropriations bill.

The Mississippi Department of Education last week released guidelines on how schools should reopen in the fall, whether that be virtually, traditional or some hybrid of the two. The department is actively working on instituting a digital learning plan for the upcoming school year and intends to pay for it through federal stimulus funds the department received directly, as well as from the Legislature. The plan centers around technology, curriculum, training, computer security and internet connectivity as resources needed for districts to fully implement a digital learning plan.

The plan is pricey — equipping every school district and student with the training and technology necessary means about 300,000 laptops or tablets, thousands of wifi hotspots, purchasing digital curriculum, trainings and more, which will cost about $250 million, according to the department.

To pay for this, the department is counting on federal funds via the CARES Act. Gov. Tate Reeves received $34.6 million in a specific fund to be used for education, and the state’s K-12 schools received $169.8 million through the Elementary and Secondary School Emergency Relief Fund (ESSER). Separately, the Mississippi Legislature has control of $1.2 billion in federal funds to be used for coronavirus relief efforts.

The department has requested $200 million from the Legislature’s portion of federal funds.

The Legislature will appropriate funding to schools based on average daily attendance, which is also how school funding is calculated. DeBar said after much discussion this was determined to be the fairest way. Districts themselves are “highly encouraged” to fully match the Legislature’s contribution with their own ESSER funds, according to the bill. The $150 million lawmakers hope to allocate would break down to about $350 per student, DeBar said.

The first priority for the program would be “devices” – computers, tablets and hardware and software to run them. The second would be on “connectivity,” ensuring families have access to internet services.

Sen. Hob Bryan, D-Amory, said he is concerned with Mississippi’s lack of broadband access, particularly in rural areas.  Census Bureau data shows that statewide, almost one-fifth of Mississippi households do not have a computer and nearly one-third don’t have broadband, the federal standard for internet speeds.

“Is there other legislation that will address this?” Bryan asked. “I have a fair number of people in my district, who if they have a device, would have to drive 12 to 15 miles to a McDonald’s to use it.”

DeBar noted there is other legislation pending to broaden internet access in Mississippi. But he said the distance learning bill would also help schools and families with stopgap measures, such as MiFi mobile hotspots and internet antenna towers at schools.

“My biggest fear is that in August or September, if we have another round of (COVID-19) and schools are shut down again and we’re in the same spot we were,” DeBar said.

When Reeves made the decision to close schools this spring to prevent the spread of the virus, many districts went from in-person classes to sending home packets since not all students had the ability to participate in online learning. In fact, when the Department of Education surveyed districts on their methods of instruction, only 13 indicated they were doing virtual learning exclusively.

Sen. Nicole Boyd, R-Oxford, questioned whether teachers and parents would have sufficient training on the devices and software programs.

“A device without technical training will be a worthless device,” Boyd said.

DeBar said the bill’s aim is to also provide professional training for teachers, students and parents. Additionally, the bill would require districts to produce distance learning plans to show they can sustain their programs, in part because the funds would be “one-time money” and schools would have to keep them going after. The bill would require districts to provide plans by Oct. 1.

DeBar’s bill passed out of committee with little discussion, and now heads to the full Senate for consideration.