Teen Health Mississippi has carved out space in the public health and policy realm to empower teens to take advocacy and legislation of their bodies into their own hands. From sex ed to reproductive rights, the organization gives young people tools and resources to manage their own health. But when COVID-19 hit, like so many other advocates, the organization realized they had to pivot. This work doesn’t happen in a vacuum, and without food at the table, roofs over their heads and basic necessities, mental and reproductive health tend to fall down the hierarchy of needs list.

To address those basic needs, like food, shelter and medical supplies disrupted during COVID, Teen Health Mississippi launched an Emergency Relief Fund, that’s now up to $90,000 after initial grant from local Women’s Foundation, and more recently a grant from Twitter co-founder Jack Dorsey.

To date, the group has given more than $9,000 in micro-grants to 150 teens across the state in immediate need. Mississippi has the highest rate of childhood poverty in the U.S., and COVID-19 has only exacerbated wealth (and health) gaps.

The group received almost 2,500 applications in the first 24 hours the fund went live. Of the more than 4,000 applications total, over 60 percent said they were experiencing hunger and more than 40 percent reported homelessness. Justin Lofton, youth engagement and advocacy director, points to the fact that those two metrics don’t always mimic what people picture – homelessness can be chronic or episodic, can mean living on the street, with Grandma temporarily or in a car. Hunger isn’t just starvation – it’s food insecurity, skipping meals to save money or feed a sibling instead, and lack of access to healthy food nearby, like the food deserts endemic to Mississippi.

Lofton says making sure young people are safe, fed and housed is one of the best ways to make sure they have bodily autonomy. “It ties back directly to our work as an organization that is centered around young people and giving them the information and knowledge to protect themselves as sexual beings. We don’t want them to do anything that’s going to cause more harm, because as a result (of lacking necessities), there’s the potential for not just engaging in survival sex, but maybe there’s a teen pregnancy, maybe there’s a young person that contracts an STD because of it, because they just needed to get by,” Lofton said. “So that’s what we see when have young people that face not only food insecurities but also homelessness overall.”

Other applicants noted medical supplies as their main needs.

When Mississippi Today caught up with Iesha Hayes, 18, in early May, she was grabbing a quick meal before heading to her cashier job at Walmart. Hayes started working with Teen Health Mississippi through a program that links teens that might not have a pediatrician or school nurse to youth-friendly health care.

That week, Hayes graduated high school through a virtual ceremony and is starting to wonder how her family will get by without her paycheck support once she goes to college. She averages more than 40 hours a week at work – most of which goes to helping pay bills or buy necessities for her family – and on top of the transition to virtual learning, it was a lot. 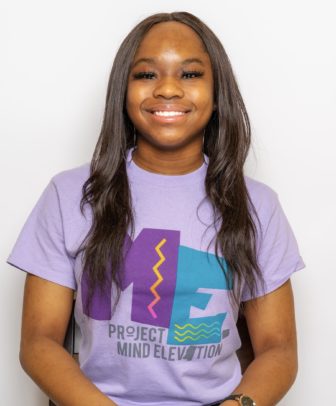 On Teen Health MS: “I’m always so thankful for everyone in that room because they’ve saved me in a way and given me the opportunity and tools to save other young people just like me. I was battling with so much, and just to be in a clean, safe, positive environment where I felt comfortable and I felt like I  had people I could rely on anytime when something happened. Every person I encountered I formed some kind of relationship with … it’s really just like a family and that’s what I love about Teen Health Mississippi, it’s so family-oriented.”

She’s been active with Teen Health Mississippi for nearly two years, leading programs and recently helping spread the word and help friends apply for emergency relief. Hayes knows first hand the impact of a little help in a tough time can have. It’s just her, her sister and mom at home, and COVID layoffs disrupted reliable income for her family, except for her Walmart paycheck.

She says most people her age often don’t have the time and energy to focus on mental and sexual health, while working as main bread-winners for their family, on top of school. COVID made that even harder, she says. This year proved harder than most, and she says her anxiety and exhaustion almost led to worse problems, until she realized she needed to step back and take some time for herself.

But the relief fund, she says, is a way to help families make ends meet and prevents the pandemic from pushing teens over the edge into unhealthy situations.

“If a young person can’t eat or doesn’t have a clean safe place to lay their head or even just anywhere to lay their head period and is on the street, it’s like that takes a piece of their reproductive health away as far as keeping them safe and healthy.”

Read more about the fund here.

Most of these briefs appeared in the round-up section of our monthly women and girls newsletter, The Inform[H]er.