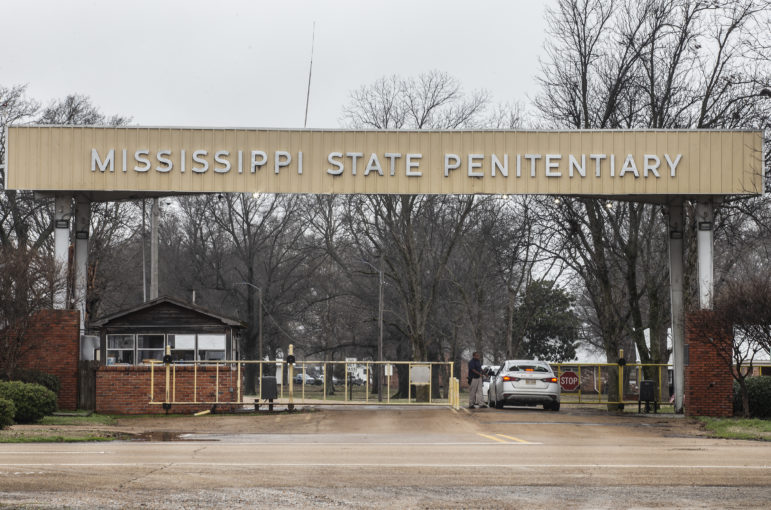 Mississippi leaders have said that they are testing early and thoroughly for COVID-19, but the state’s Department of Corrections has so far failed to test most of its employees and people in its custody. As of Monday, fewer than 100 people—44 prisoners and 45 employees—have been tested for the novel coronavirus at DOC prisons and detention centers—a rate of 0.4 percent.

The nearly 20,000 staff members and incarcerated people form a population greater than 43 percent of counties in Mississippi. Yet they are being left out of the state’s testing push, which Gov. Tate Reeves has touted as “aggressive” in recent press briefings.

“Testing is critical to manage this disaster,” he said on April 6, “and that’s one thing that we in Mississippi are very fortunate of, is we became very aggressive very early on testing.”

During a May 6 briefing, The Appeal asked Reeves about the low testing rate inside prisons. He responded, “We haven’t had large numbers of individuals in our prison system that have had symptoms.” The DOC has succeeded in avoiding “major, catastrophic spreading” because of early interventions, he said.

“Much like President Trump was very, very early by cutting off travel to China, in Mississippi we were very early in cutting off visitation in the Department of Corrections,” Reeves said at the same briefing. As of Monday, the DOC reported that 10 incarcerated people and seven employees had tested positive for COVID-19.

He added that temporarily banning prisoners from doing road work across the state has helped taper the spread, too.

Cliff Johnson, director of the MacArthur Justice Center, said that low rates of testing are not indicative of low disease rates. “The surest way to have zero confirmed cases in your facility is to conduct zero tests,” he said.

The DOC first confirmed proof of testing within its facilities on April 13, when it said in a press release that a prisoner at the Mississippi State Penitentiary, also known as Parchman, who tested positive for the novel coronavirus, which causes COVID-19, had died. The DOC makes public prison-specific breakdowns of coronavirus cases among incarcerated people but not among staff.

“While there certainly are steps that can be taken to make conditions better and safer for detained persons,” said Johnson, “the unique reality of this virus is that infection in the detention setting is inevitable.”

In March, plaintiffs who sued the DOC in January over the prison’s “neglected state” began filing motions for the department to take emergency action in response to COVID-19. The plaintiffs requested that the DOC implement testing for employees and prisoners, screen any person entering Parchman, provide non-punitive quarantine for current and new prisoners, increase personal hygiene materials, “implement or increase” opportunities for phone/video calls, and waive health care co-pays. 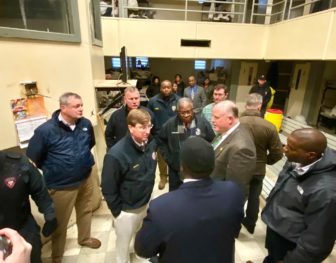 The court filings detail grim conditions. According to the lawsuit, after a Parchman employee who works with incarcerated men in the kitchen tested positive for the coronavirus, men who came in contact with the employee were still eating meals with men from other buildings until the facilities were locked down a week later.

Six men housed in Parchman’s Unit 30 swore in affidavits that the DOC had not fully met guidelines outlined by the Centers for Disease Control and Prevention. They described lax social distancing guidelines that allow prisoners to play basketball. Laundry services are returning dirty linens, bunks are not cleaned, and the DOC failed to sanitize the bedding and property of a man taken to the medical unit for COVID-19 symptoms, the affidavits read.

The men also said guards in their unit do not always sport masks or keep a safe distance, and “most” medical staff members wear gloves, but not all. People incarcerated at Parchman are making personal protective equipment—gowns and masks—but it is not clear if they are being required to wear PPE throughout the prison.

“Inmates with fevers and coughs are not consistently referred to the medical unit or evaluated in any way,” court documents read. “On at least one occasion an inmate was threatened with mace when he tried to inform a nurse of his COVID-19 symptoms.”

On April 24, U.S. District Judge Debra Brown ruled that the DOC did not have to take additional steps to protect people in its custody from the coronavirus. Brown noted that although efforts have been “inconsistent or ineffectual,” the department has still taken steps to address the virus, such as suspending visitation temporarily and offering free weekly phone calls. (Free phone calls were discontinued on April 13.)

DOC guidelines say incarcerated people with a fever of 100.4 Fahrenheit who are coughing or having difficulty breathing will be tested for influenza. If that test is negative, the patient will be tested for the coronavirus, meaning those who are potentially carrying the virus but do not show symptoms are not tested. The DOC told The Appeal on April 30 that employees are to stay home when sick and get their temperature checked daily when they arrive at work.

The department also said that prisoners are quarantined for 14 days if they have interacted with a staff member who tested positive for the coronavirus. “We recognize that social distancing strategies to increase the physical space between inmates will not be feasible in all facilities,” the statement reads. “So MDOC staffers verbally encourage social distancing among inmates in common areas and during meal times and recreation. Inmates are also encouraged to sleep head to foot, rather than head to head, as recommended.”

Marc Stern, a professor at the University of Washington School of Public Health who routinely investigates correctional healthcare standards, toured Parchman in February and said in an affidavit that the prison’s health-related and environmental conditions are “sub-human and deplorable,” and the worst he has seen at any U.S. jail, prison, or immigration detention center in his 20-year career.

Stern added that an outbreak there “would be catastrophic, and potentially fatal to many residents with already compromised immune systems and underlying chronic conditions.”

Another strategy for preventing the spread of COVID-19, said Johnson, the MacArthur Justice Center director, would be to thin the prison population. He said outside of the courts, the governor and the Legislature could expand parole eligibility to immediately include those who would be going through the process within the next year or so.

But Reeves opposes releasing anyone early. “As governor of the state of Mississippi, I have no intention of letting prisoners out prior to them serving their sentence,” he said on May 6. “Unlike many other states I do not believe we ought to use the excuse of the pandemic to change our sentencing structure in our criminal justice system.”

This month, Reeves relaxed the state’s shelter-in-place order, opening salons, gyms, and restaurants for limited dine-in, and encouraging Mississippians to gather outside in groups of less than 20 people.

A study by NPR and the Harvard Global Health Institute suggests that Mississippi has neither conducted enough tests nor has it met the World Health Organization’s advised benchmark of 10 percent or less of all tests coming back positive before safely reopening.

A DOC spokesperson told The Appeal in an email, “the Governor’s relaxation of the stay-at-home order has not changed MDOC’s protocol inside its facilities thus far.”

For all prison systems, this pandemic presents the potential for disaster. But the DOC has already faced a devastating year of prison deaths so far: More than 30 Mississippi state prisoners have died since Dec. 29. In the winter, an outbreak of violence in prisons across the state resulted in at least seven killings and three hangings or alleged suicides, the closure of Parchman’s notorious Unit 29, and ultimately, an ongoing U.S. Department of Justice civil rights investigation.

“The folks in the power structure here in Mississippi do not value the lives of incarcerated men and women in our state,” Lea Campbell of the Mississippi Prison Reform Coalition told The Appeal. “There is just no way that [Reeves] can deny being complicit in the spread of the infection and the deaths that are going to occur as a result.”

The Appeal is a non-profit media organization that produces original journalism about criminal justice that is focused on the most significant drivers of mass incarceration, which occur at the state and local level.