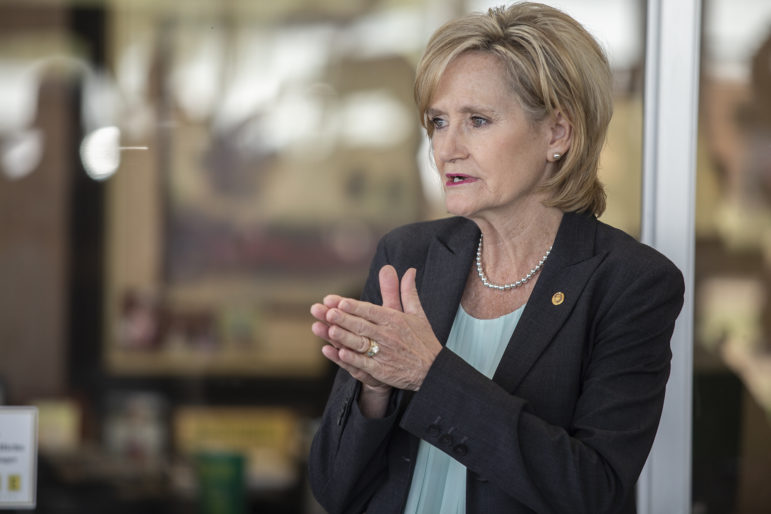 The Sen. Cindy Hyde-Smith, Mike Espy rematch rematch is shaping up to be competitive despite the current limitation on campaigning because of the coronavirus.

While the coronavirus has brought a halt to in-person campaigning for the November general election, incumbent Republican Sen. Cindy Hyde-Smith and her Democratic opponent, former Secretary of Agriculture Mike Espy, are still jockeying for electoral advantages.

That jockeying played out over the last few weeks as Congress took up and passed a fourth relief package to deal with the COVID-19 pandemic.

As the bill was considered, Hyde-Smith spent a considerable amount of time criticizing congressional Democrats, Espy in absentia, for holding up the latest relief package to get what she said was “unrelated” items added to the legislation.

But the Espy campaign pointed out that after the legislation passed, Hyde-Smith sent out a news release touting those “unrelated” items as needed to help fight the pandemic.

Politics can be confusing.

About two weeks ago it became apparent that legislation was going to be considered to add more funds to the Paycheck Protection Program, which among other things provides forgivable loans to small businesses that use the money to continue to pay their employees for at least eight weeks during the significant economic downturn caused by COVID-19.

Senate Majority Leader Mitch McConnell of Kentucky, apparently with the backing of Hyde-Smith, wanted the legislation to deal solely with the Paycheck Protection Program. He said as much to the full Senate.

But congressional Democrats said the program also should include funds for hospitals hit hard by the coronavirus, money for COVID-19 testing and funds to state and local governments that have seen their tax revenue plummet because of the economic downturn.

In the end, Democrats prevailed in including funds for hospitals and for testing but not for beleaguered state and local governments.

Despite her objections to adding items other than the Payroll Protection Program, after the bill passed she praised the items added to the bill at the insistence of the Democrats.

“The ongoing needs and hardships spread across the health care system and our economy are obvious.  The longer the economic shutdown goes on, the more it becomes apparent that it is unsustainable.  This legislation is intended to help as we move toward a safe reopening of more day-to-day commerce across the nation,” Hyde-Smith said in a news release voicing her support for the bill she described as “adding paycheck Protection Program funds, further support for hospitals and testing.”

In the very same news release, she again criticized Democrats, saying “they delayed completion of this new legislation for more than a week with new demands on issues unrelated to important ongoing relief programs.”

Were those issues – funds for hospitals and coronavirus testing – important to deal with the pandemic or were they unrelated? 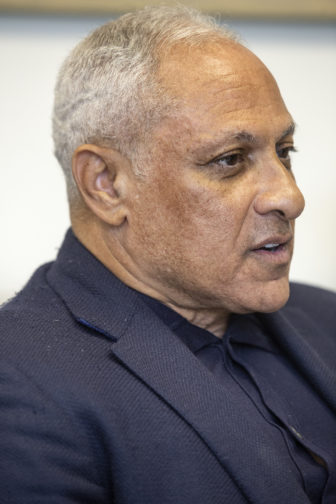 “If ever there was a demonstration of political hypocrisy, look no further than Sen. Hyde-Smith,” Espy alleged. “After a week of complaining about Democrats in the Senate trying to ensure the latest round of coronavirus relief included funding for hospitals and coronavirus testing, she is now all too happy to try and take credit and celebrate the very funding she was fighting against being in the bill.

Justin Brasell, a spokesperson for the Hyde-Smith campaign, countered, “It took the Democrats two weeks to agree to a deal that contains virtually nothing that Republicans ever opposed. Republicans have always supported more medical funding as soon as necessary… Democrats have delayed critical resources getting out the door at every turn. Is this the new precedent Mississippians should expect moving forward? To be exploited for partisan leverage?”

The bill McConnell wanted to pass and supported by Hyde-Smith would have simply increased funding for the Payroll Protection Program by $300 billion. Nothing else.

“I am literally talking about deleting the number 350 and writing 650 in its place,” McConnel said on the Senate floor before Democrats blocked that effort.

“It’s important to understand that this fourth relief bill is likely not the last legislation that will be needed as the nation continues to respond and recover from COVID-19,” he said.  “McConnell has tried to keep the focus on simply refunding the SBA Paycheck Protection Program. Aid for state and local government could be negotiated as part of future legislation.”

Money for hospitals and for testing already has been addressed. Everyone, despite the rhetoric, seem to concede it was needed.

In the 2018 special election to replace long-term Sen. Thad Cochran who resigned for health reasons, Espy and Hyde-Smith engaged in a spirited campaign. The rematch is shaping up to be just as competitive despite the limitation that could be placed on campaigning because of the coronavirus.

Disclosure: Mississippi Today, as a nonprofit news organization and a small business, applied for and received a loan through the Paycheck Protection Program in the amount of $257,500.