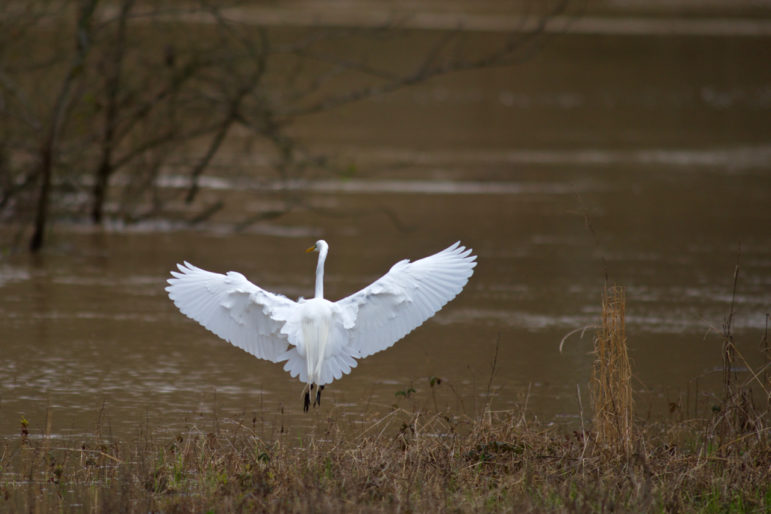 Growing pressure to complete a flood control project in the South Delta has again placed a Mississippi river among 2020’s most endangered streams in the country, a new report says.

The Big Sunflower River starts in Coahoma County and flows south for 250 miles, merging with the Yazoo River near the Sharkey and Yazoo county line. The Big Sunflower made the list for the second time in the last three years, in both instances because of a revived political push to build the Yazoo Backwater Pumps. American Rivers, which published the list, is among a group of conservation organizations arguing that the pumps would destroy one of the nation’s richest concentration of wetlands, into which the Big Sunflower flows.

“The Big Sunflower River supports some of the most important bird and wildlife habitat on the Lower Mississippi River,” said Andrew Whitehurst of Healthy Gulf. “The South Delta’s economy benefits from the leasing of private land to duck and deer hunters and from people using state and federal wildlife management areas like the Delta National Forest.”

Almost every spring, rainwater pools into the Delta as the Mississippi River reaches high levels, flooding thousands of acres of farmed and forested land. Last year’s backwater flood reached the highest level since 1973 and the longest duration since 1927. This year, 460,000 acres have been flooded since January.

“Even as we fight the COVID-19 crisis, Mississippians in the Yazoo Backwater Area are also fighting a third consecutive year of catastrophic flooding,” said Sen. Cindy Hyde-Smith in a press release last week.

The Environmental Protection Agency, which vetoed the project in 2008 citing the Clean Water Act, said last year it would again review the project. Hyde-Smith has pushed both the U.S. Army Corps of Engineers and the EPA to move the pumps forward in recent weeks. In February, she announced $7.5 million of corps funding will be allocated for studies and mitigation for the pumps.

Hyde-Smith and other proponents, such as the Mississippi River Levee Board, argue that new data since the 2008 veto show that because the wetlands are maintained by rain instead of flooding, the pumps would do no harm. Conservationists aren’t convinced.

“The Yazoo Pumps are a cruel hoax on the citizens of the Mississippi Delta, sold as a panacea for flooding when in fact it will only enrich a select few who will benefit from lucrative contracts from the estimated $440 (million) in taxpayer funding (that the pumps would cost),” said Louie Miller of the Mississippi Sierra Club.

Miller cited a 2019 corps map showing that the pumps would have saved only about a third of inundated land from last year’s historic flood. 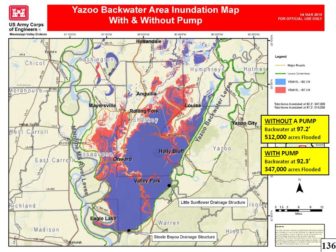 Tuesday’s report included a list of alternatives to the project, such as voluntary buy-outs and elevating structures, which would be available through federal funds pending a Presidential disaster declaration.

“Instead of reviving this extraordinarily expensive boondoggle, local leaders and Congress should invest in more affordable and effective flood risk reduction measures to protect communities in the South Delta,” said Olivia Dorthy of American Rivers.

Correction: The story has since been updated to clarify what causes the Delta’s backwater flooding.