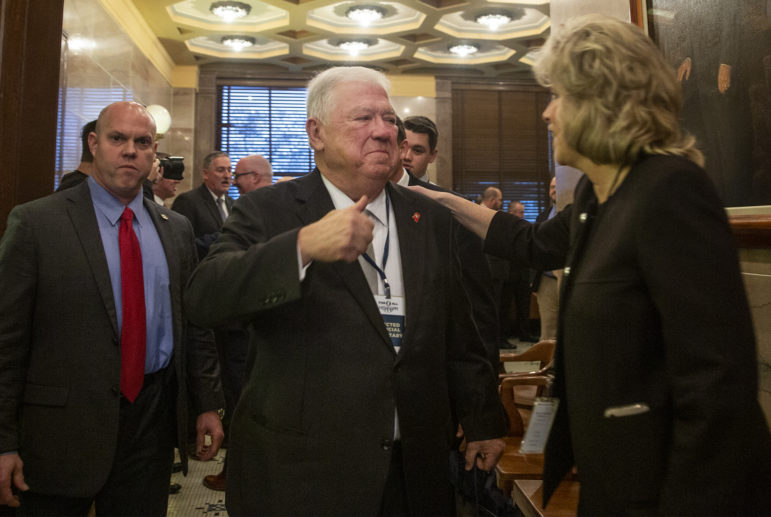 In one of his first public appearances after the state’s first confirmed COVID-19 cases, Gov. Tate Reeves, speaking at the Governor’s Mansion, drew parallels to a previous economic disaster: Hurricane Katrina.

“It’s been ironic, interesting and a little bit eerie,” Reeves said of working in the same conference room as he did 15 years ago as state treasurer. “Just like we did after Katrina, I’m committed to doing everything in my power to recovering and returning this state bigger and better than ever before.”

There are several similarities between the two Mississippi events. With both Hurricane Katrina and coronavirus, the federal government failed to heed warnings that could have mitigated the storm’s damages. With recent reports of COVID-19’s disproportionate effects on African Americans, racial disparities are also evident in the victims of the hurricane and the virus. And in both cases, Mississippi’s economy came to a grinding halt, limiting citizens’ access to supplies.

A key difference is the fact that this current storm is invisible and still developing. Leaders cannot yet know the scope of the damage or how deadly it will be. Already, there have been 2,260 confirmed cases of the virus and 76 Mississippians have died from COVID, with the death toll expected to rise.

Gov. Haley Barbour, who oversaw Mississippi during Hurricane Katrina, said the leaders like Reeves shepherding their states through the coronavirus pandemic are in an unenviable position when it comes to the daunting task of rebooting the economy.

“This pandemic’s potential for death and knocking our economy totally out of kilter — in many ways, the economic damage could be much worse and longer lasting,” Barbour told Mississippi Today.

Barbour continued: “It could be that a collapsed economy with a great loss of liquidity, the devaluation of commodities and stocks, and the loss of businesses, the cost of all that over the long term could be very, very dangerous for America.”

(Editor’s note: Gov. Barbour has been a financial contributor to Mississippi Today)

As the virus continues spreading and elected officials decide how to respond, echoes of Barbour’s widely hailed response to Hurricane Katrina have trailed Gov. Tate Reeves, not even three months into his governorship.

Reeves has been sharply criticized for his response to the pandemic. When he announced a statewide blanket order in late March, several mayors were confused about whether it circumvented their own more strict local orders. The response prompted a second order that clarified the language.

For his part, Reeves has deflected that criticism, saying now is not the time to point fingers.

“At that point, we’re going to have this small added benefit of actually being able to look back and see what happened,” Reeves told Mississippi Today in late March. “We don’t have that benefit today. We are taking the information and facts before us, we’re listening to our experts every step of the way, and we think we’re making the right decisions for Mississippians in both the short term and the long term.”

Barbour echoed Reeves in highlighting the difficulty of leading during a disaster, saying of Reeves and other officials leading the response efforts: “I don’t envy these guys.”

“One of the things I learned after Katrina is that you’re going to make some bad decisions,” Barbour said. “When you do, stop and correct the decision. Don’t be embarrassed or ashamed to say, ‘We messed up, so we’re fixing or changing it.’ A lot of politicians don’t like to do that. But you’re in uncharted waters, and you’re going to have to do that more often than you’d like to admit.”

Barbour said that “surrounding myself with capable people” was key to his success in leading post-Katrina.

“There are a lot of people who like to delegate responsibility but not authority,” Barbour said. “That’s not what we did. We gave a lot of people authority to make big decisions on their own, and then we got our heads together to be sure we were looking at the big picture and what was really important. Because in a mega disaster like Katrina, in many ways you’re making it up as you go along.”

‘You’re going to make some mistakes’: Former Gov. Barbour on leading in times of crisis