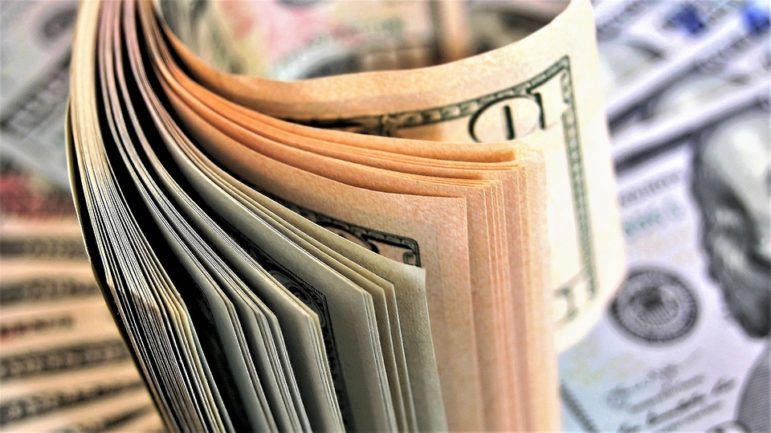 Legislative leaders will meet weekly to gauge the coronavirus’ impact.

State revenue collections, which have been on an uptick during the past couple of years, are expected to take a dive in the coming months because of an economic slowdown caused by COVID-19.

As businesses close to slow the spread of coronavirus and workers lose their jobs or at least their paychecks, the state’s two primary sources of revenue could be impacted, the 7 percent sales tax collected on most retail items and the income tax. Other smaller sources of revenue, such as taxes on casinos earning, also will be significantly impacted.

House Pro Tem Jason White, R-West, said during a Rules Committee meeting before the session was suspended last week because of coronavirus concerns that state revenue is going to significantly decline “we are thinking in April, May and June.”

But when House Speaker Philip Gunn, R-Clinton, and Republican Lt. Gov. Delbert Hosemann, who presides over the Senate, decide to reconvene the Legislature, presumably sometimes before July 1, the dynamics will be much different. 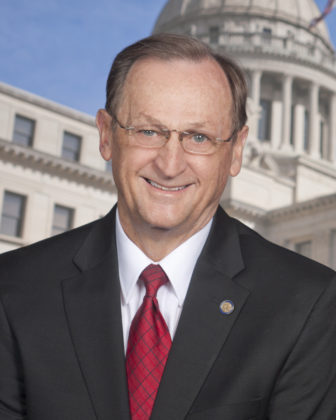 “We are watching revenue closely,” Senate President Pro Tem Dean Kirby, R-Pearl, said recently. “At this time it is not dropping. But we do expect a decline. It may set us back to where we were a year ago or years ago. But at this point we are not panicking.”

State Revenue Commissioner Herb Frierson offered no comment recently when asked about how state revenue collections were being impacted by the coronavirus pandemic, saying only, “we are working on that.”

Before the session ended, Hosemann said legislative leaders already were meeting with the state’s financial experts, such as Frierson and state Economist Darrin Webb, to gauge the coronavirus’ impact on the state economy and revenues and will be doing so on a weekly basis.

“We are gong to have a downturn just like very small business in Mississippi,” Hosemann said.

Perhaps, one silver lining for the state in this particular instance is that Mississippi depends on the retail sales tax on food more than other states. Mississippi has the nation’s highest state-imposed sales tax on food – 7 percent – and thus far grocery sales do not seem to have declined as people flock to grocers to stock up.

Mississippi also has about $1 billion in various reserve accounts, including more than $400 million in the Working Cash Stabilization Fund, often called the rainy day fund. In addition, revenue collections for the first seven months of the current fiscal year are $188.4 million or 5.6 percent above the revenue estimate legislators used at the end of the 2019 session in approving their budget. It would have to be a significant drop in revenue during the final three and one-half months of the fiscal year for collections not to meet that estimate.

But in a worst case scenario if collections do not meet the estimate, the governor and or the Legislature would be forced to make budget cuts during the final months of the fiscal year, which ends June 30, or would have to dip into the reserve funds.

At this point, the bigger issue in funding state government might be the next fiscal year, starting July 1. Of course, the teacher and state employee pay raises being planned by the Legislature before the coronavirus started spreading in the U.S. would be scheduled to begin in the new fiscal year.

If there is a prolonged economic slowdown, it could impact revenue collections for the coming fiscal year.

On social media, Webb, the state economist, said, the nation is heading into a recession and that the “economy begins gradual recovery in the first quarter of 2021. Mississippi follows similar pattern, but growth rates remain below nation.”

He added, “New info is coming in all the time. So the outlook can change depending on that info.”

State officials may know more if Congress acts to pass the next round of legislation in response to the coronavirus. The legislation is expected to include financial help in terms of federal payments for most American citizens and help for some industries.

The Center for Budget and Policy Priorities, a national think tank that analyzes state and federal policy, says funds to help states fill holes in their budgets caused by the coronavirus and ensuing economic slowdown should be part of the federal legislation.

Michael Leachman, senior director of state fiscal research at the center, said the economic slowdown could be particularly bad for states since it is expected to hit their two greatest sources of revenue – sales tax and income tax. Without financial help from the federal government, the states will not have the funds to help people at the time they need it the most and also will be forced to layoff state workers further fueling the likely recession.

“The speed the economy is declining is extreme and disturbing,” said Leachman.

Robert Greenstein, the president of the Center for Budget and Policy Priorities, said there is the potential that the economic downturn could be much worse than the 2008-2009  Great Recession. He said the American Recovery and Reinvestment Act passed during that time helped to reboot the economy. That package included significant funds for beleaguered state governments. A large portion of those funds was delivered to the states by the federal government by increasing the amount of the match in federal dollars provided to their Medicaid program to provide health care to the needy.

He said a larger stimulus package than what was passed in 2009 is needed.

In 2008-10, Mississippi faced an unprecedented drop in its revenue. But during the same time period, the recovery act poured about $1 billion into the state coffers, not only for Medicaid, but for other areas like education.

A recent study conducted by the Center for Budget and Policy Priorities found “Mississippi is the most poorly prepared. It’s the only state that ranks in the bottom 10 across all four categories.”

The four categories the center said were crucial for states to overcome a recession were:

Before the session was suspended, House Democrats’ efforts to address the perceived problems in the workers’ compensation program were blocked by the Republican majority. Hosemann said he does not believe gaps in the state program will be an issue.

“We don’t know what to do until the federal legislation is passed,” Bryan said.

In 2009, legislators also suspended the session, though, it was at the end of the session, in part, to see what federal money would be heading to the state to fill budget holes.

Coronavirus places uncertainty on state budget for legislators when they return