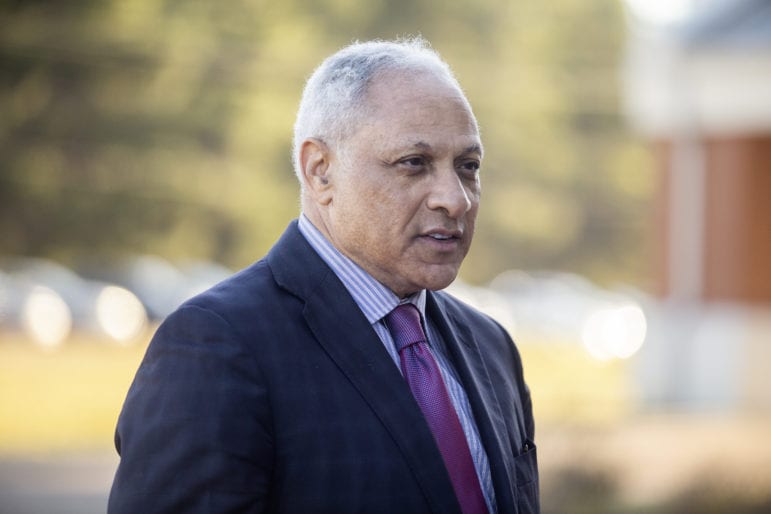 Mike Espy, the former congressman and U.S. secretary of agriculture, knows if he stands a chance to defeat Republican U.S. Sen. Cindy Hyde-Smith in November, black voters will have to turn out in record numbers.

That’s why on Sunday afternoon, Espy will endorse Joe Biden, the former vice president who served under President Barack Obama who has handily won every Southern state primary thus far in the 2020 Democratic primary for president, over U.S. Sen. Bernie Sanders of Vermont.

Biden, who is surging after earning a surprising delegate victory in the Super Tuesday states last week and endorsements from several key political figures, will visit Jackson on Sunday ahead of the state’s Tuesday primary. The former vice president has won every Southern state’s primary thus far and has locked down endorsements from key African American politicians from the South, including Mississippi Rep. Bennie Thompson.

On Sunday, Biden will visit New Hope Baptist Church, the Jackson church where Espy is a member, and will host a rally at Tougaloo College, a historically black college near Jackson. Espy said he will endorse Biden on stage at the Tougaloo rally on Sunday afternoon.

Sanders, meanwhile, cancelled a previously scheduled Mississippi visit, instead opting to campaign in Michigan, a state with a higher number of delegates. The Friday visit would have been Sanders’ first to the state since 2018, when he rallied with Nissan plant workers ahead of a union vote.

Just two years after Espy lost to Hyde-Smith by eight points in a special election, he says his path to victory this year is two-fold: Increase black turnout from 2018 special election numbers, and continue to sway suburban, educated voters who have been trending toward Democrats in recent years.

Espy’s first campaign against Hyde-Smith in 2018 earned national headlines because of its racial overtones. After video surfaced of Hyde-Smith saying she would “attend a public hanging,” millions of dollars from around the country flowed into Espy’s war chest. But the infusion of cash, which came at the beginning of a three-week runoff in the special election, was too late, Espy said.

Espy announced his 2020 Senate candidacy late last year in a video highlighting the life of his grandfather Thomas Jefferson Huddleston, the son of slaves who went on to launch an African American newspaper with a circulation of more than 100,000, opened an insurance company, built more than 30 funeral homes and established the first African American hospital in the state.

In an interview with Mississippi Today on the day he officially launched his campaign, Espy said an analysis of the 2018 results by a national research group indicated that the black percent of the electorate in his runoff election in 2018 was 32.5 percent and that he received about 95 percent of that vote. He received 18 percent of the white vote, according to the analysis.

So far this year, Hyde-Smith has struggled fundraising. In the last campaign finance reporting period, Espy out-raised Hyde-Smith. And in the final quarter of 2019, Hyde-Smith had raised less than 96 other sitting U.S. senators. The three senators who raised less than her announced last year they would not run for re-election in 2020.