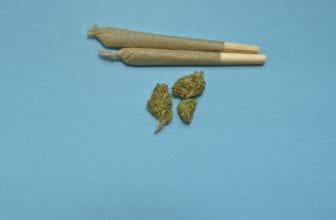 House leaders are pushing for an alternative to the citizen-sponsored medical marijuana initiative on the November ballot.

Supporters of the citizen-sponsored initiative say the alternative would confuse voters and thus prevent either proposal from being approved in the Nov. 3 general election.

House Ways and Means Chair Trey Lamar, R-Senatobia, claims the alternative is needed because the citizen-sponsored initiative does not place enough regulations on the dispensing and use of medical marijuana.

“The other bill (citizen-sponsored initiative) has no regulation in it whatsoever,” said House Rules Chair Jerry Turner, R-Baldwyn, who passed the alternative out of his committee. It is now pending before the full House and it is anticipated to generate intense debate when it is considered.

The citizen-sponsored initiative is sponsored by a broad group of conservatives and liberals, including some legislators. Rep. Joel Bomgar, R-Madison, a conservative with libertarian views, was one of the leaders of the effort to garner about 106,000 signatures of registered voters required to put the issue on the ballot.

Under the state’s initiative laws, the Legislature has the option to place an alternative on the ballot that will appear alongside the citizen-sponsored initiative.

“The campaign’s position is that any alternative resolution by the Legislature is an attempt to kill a medical marijuana program in Mississippi,” said Jamie Grantham of Medical Marijuana 2020 in an emailed response. “More than 220,000 Mississippians did everything necessary to qualify medical marijuana for the ballot only to have the Legislature turn it into an unfair election if an alternative makes it onto the ballot. The people of Mississippi, including every person suffering from a debilitating medical condition such as multiple sclerosis, PTSD, and spinal cord injuries deserve a fair vote in November.”

The Medical Marijuana 2020 group says under the citizen-sponsored initiative people with a “debilitating medical condition” can be prescribed marijuana by a Mississippi-licensed physician. The entire process would be regulated by the Mississippi Department of Health. The board governing the Department of Health has gone on record opposing the initiative. It has not taken a stance on the alternative, which will be taken up by the House in the coming days. 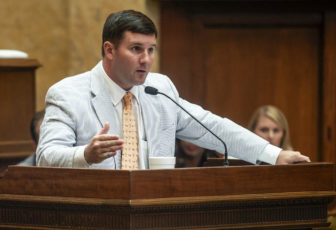 Rep. Trey Lamar, R-Senatobia, discusses infrastructure during a special session of the Legislature at the Capitol in Jackson Monday, August 27, 2018.

“It is very clear to me the objective is for this (initiative) to be a gateway into recreational marijuana,” he said.

The citizen-sponsored initiative would limit, Lamar said, the amount of tax that could be levied on marijuana at between 1 percent to 7 percent of the cost. And it would give the Board of Health, not the Legislature, the authority to levy the tax and to appropriate the funds generated by the sale of medical marijuana. The revenue generated from the sale could only go toward “the furtherance” of medical marijuana, Lamar said.

In addition, according to Lamar, the citizen-sponsored initiative would not allow the board that regulates physicians access to the prescribing practices of doctors who prescribe marijuana. And there would be no limits on the production or dispensing of marijuana. Lamar said without limits it would be difficult for the Department of Health to regulate the drug.

The citizen-sponsored initiative allows doctors to prescribe two and one-half ounces of marijuana every two weeks or roughly five ounces per month, which Lamar said would equate to 300 joints per month. Lamar’s proposal would limit the smoking of marijuana to terminally ill patients, though, other patients could be prescribed marijuana in other forms, such as pills.

“I can see the benefits of having a true medical marijuana program, but it has to be done right,” said Lamar.

Grantham said, “I hear so many stories from families across Mississippi who are suffering and need another option. Recently, I spoke with a young mother of two who had been diagnosed with ALS and was in a wheelchair. I’ve spoken with parents of children with seizure disorders that are not responding to traditional medication and who are having multiple seizures every day, and I’ve spoken with veterans who fought for our country and suffer from PTSD. They need another option and they deserve a fair vote on in November. Mississippians deserve a fair vote in November.”

To pass, a majority of people voting on the issue must approve the citizen-sponsored initiative or the alternative if one passes the Legislature. In addition, the majority approving the measure must be at least 40 percent of the total number of people voting in the election for it to pass.

The only other time the Legislature approved an alternative was in 2015. That year the legislative leadership pushed through an alternative to Initiative 42, which attempted to enhance the state’s constitutional commitment to public education. That year both the citizen-sponsored initiative and the alternative were defeated.