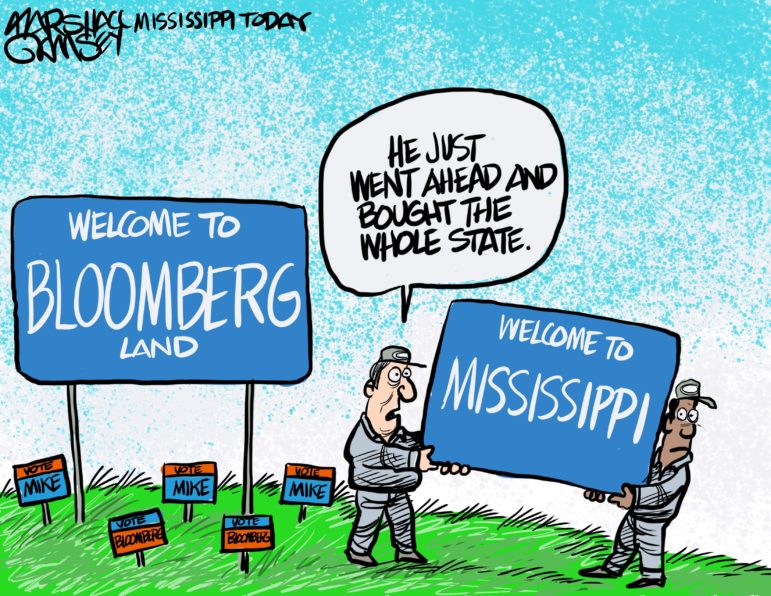 Mike Bloomberg has invested big in Mississippi. While other candidates have a token force in the state, Bloomberg has 24 full-time staffers.

According to Adam Ganucheau’s recent story:

Join Marshall Thursday, March 12 in Meridian for an event at The MAX. Learn more here.

Marshall Ramsey, a nationally recognized editorial cartoonist, shares his cartoons and travels the state as Mississippi Today’s Editor-At-Large. He’s also host of a weekly statewide radio program and a television program on Mississippi Public Broadcasting and is the author of several books. Marshall is a graduate of the University of Tennessee and a 2019 recipient of the University of Tennessee Alumni Professional Achievement Award.