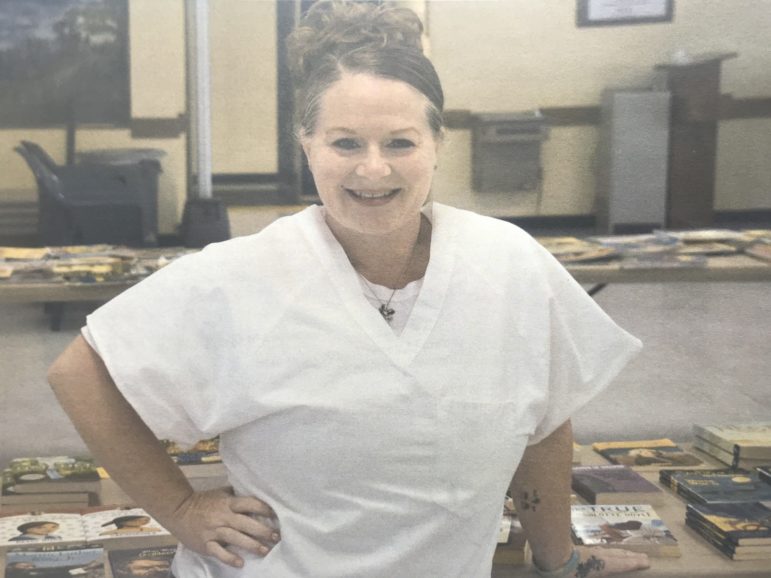 Tasha Shelby was convicted in 2000 of capital murder and sentenced her to life in prison without the possibility of parole.

She woke up the night prior to the sound of a thump. She entered the bedroom of her fiancé’s toddler son, Bryan Thompson IV, and found him having a seizure on the floor. Shelby called the hospital, then her fiancé, Bryan Thompson III.

The couple rushed Little Bryan to the emergency room. The two-and-a-half year old was pronounced dead the next day.

But prosecutors in Harrison County told a different story — they said Shelby had shaken Little Bryan to death. An expert witness for the state, the medical examiner who conducted the autopsy, testified that the child had died by someone intentionally shaking him and banging his head against something. “It is a violent, violent shaking,” a prosecutor told jurors during opening statements at Shelby’s trial in 2000.

That year, the jury convicted Shelby of capital murder and sentenced her to life in prison without the possibility of parole. Shelby, now 44, has been incarcerated ever since.

Today, Shelby’s lawyers say she’s innocent, with experts citing advances in medical science that have undermined the evidence prosecutors used to secure a conviction. They say that prosecutors relied on the science behind shaken baby syndrome, once a widely accepted diagnosis of child abuse that critics say is faulty, to prove Shelby’s guilt. The medical examiner who testified against Shelby at her trial has also changed his mind about the case.

The Mississippi Court of Appeals will hear oral arguments from Shelby’s lawyers and from the state Wednesday.

“Our perspective on this case has always been that a mistake was made,” said West Virginia Innocence Project Director Valena Beety, who took on Shelby’s case in 2011 while working at the Mississippi Innocence Project.

Though medical examiner LeRoy Riddick originally ruled the child’s death as a homicide, he reviewed medical records and re-examined his own files in 2015, learning that Bryan had a seizure disorder. Had Riddick known of the seizures during the autopsy and trial, he would have approached the case differently, he stated in an affidavit. Riddick officially revised Bryan’s death certificate, recording the manner of death as an accident.

The attorney general’s office, which is defending the conviction for the state, maintains that Bryan died of blunt force trauma, and that prosecutors did not entirely rely on a shaken baby syndrome diagnosis during the trial, according to a brief filed with the appeals court. The state also argues that the evidence Shelby is presenting on appeal — including Riddick’s changed opinion — is not new. A spokesperson for the agency declined to comment, citing the pending litigation.

Beety questions how her client, standing under 5 feet tall, could have been physically able to shake Bryan — a 3-foot-tall toddler weighing 30 pounds — with that much force. Shelby had given birth to her daughter by emergency cesarean section less than two weeks prior to Bryan’s death, and her doctor had ordered her to bed rest, Beety added.

Beety said Bryan did not display all three symptoms required for a diagnosis: subdural bleeding, retinal bleeding and brain swelling.

An amicus curiae brief by the Innocence Network and the Center for Integrity in Forensic Sciences observes that numerous other causes exist for those symptoms, including short falls.

“The vast majority of the medical community, including the American Academy of Pediatrics, today reject the conclusions that directly led to Ms. Shelby’s conviction,” the brief reads.

Several people convicted on the basis of shaken baby syndrome have brought their cases to Mississippi’s higher courts in recent years. Last year, the appeals court reversed the sentence of Joshua Clark, an Itawamba County man sentenced to 40 years in prison for the 2008 death of his 4-year-old son.

“We’re fortunate to have a very academically oriented Court of Appeals in Mississippi,” said Jim Waide, Clark’s attorney. “I think they’ll look at the science on [the Shelby case].”

The Court of Appeals could consider other similar cases this year, including those of Jeffrey Havard, an Adams County man originally sentenced to death for the death of his girlfriend’s infant daughter, and Amy Wilkerson, who pleaded guilty in Jackson County to the murder of the 8-week-old infant she was babysitting.

For Shelby and her family, the last two decades have not been without hurdles.

Her aunt Linda Brockman said the family has maintained Shelby’s innocence since the beginning.

In the intervening years, Shelby has missed birthday parties, funerals and other family occasions, her brother Jacob Shelby added.

“We’re just anxious for her to get home,” Jacob Shelby said.

While incarcerated at Central Mississippi Correctional Facility in Pearl, Shelby has joined Bible study groups, obtained her GED and also her cosmetology license while working in the prison hair salon, activities not always accessible to lifers, Beety said.

In an essay she wrote in 2012, Shelby compared the experience of her time in prison to the movie “Groundhog Day,” in which the protagonist is forced to repeat the same day in his life over and over again. Unlike the movie, Shelby still has relationships with her family, she wrote, though she has lost custody of both her son and daughter.

“All you could have amounted to haunts you like a ghost,” Shelby wrote. “You do not just lose loved ones in here; you lose you.”