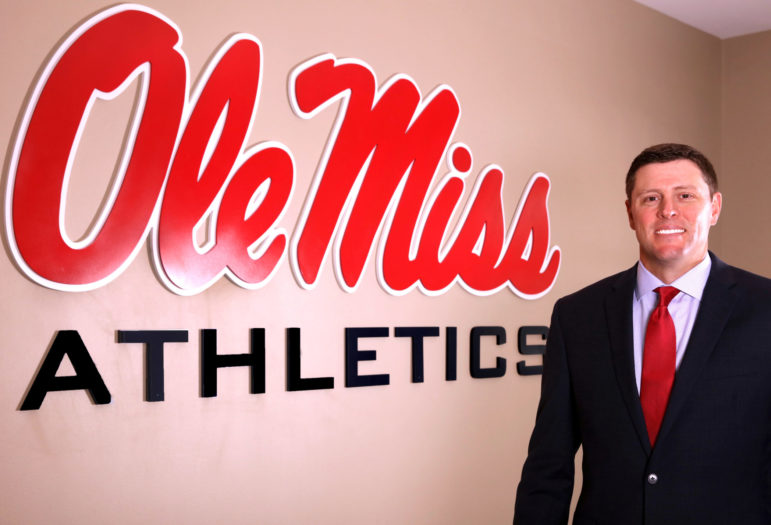 The University of Mississippi’s top fundraisers, including the current athletics director, back the university’s proposal to move its Confederate monument.

Keith Carter, who formerly headed the athletics foundation before taking over as athletics director, joined the heads of the alumni association and university foundation in signing an April 8, 2019, memo supporting the university’s plan to move the monument from a prominent place on campus to an on-campus Confederate cemetery.

“We are in full support of the University’s decision to seek a more suitable location for the Confederate Monument,” the memo reads in part.

The memo, which Mississippi Today obtained this week, was attached to former interim Chancellor Larry Sparks’ recommendation to move the monument and distributed to board members of the three entities represented.

‘What we stand for as an Ole Miss family’: Meet the students leading a multiracial, bipartisan movement to relocate the school’s Confederate monument

In a statement this week from the university to Mississippi Today, Carter, Purdom and Weakley reaffirmed their commitment to “the university’s efforts led by Chancellor Boyce to work with the IHL board” to move the monument.

Last year’s memo and this week’s statement illustrates broader support behind moving the monument than previously reported and appears to give credence to concerns that the monument — and the attention it has drawn from neo-Confederate groups recently — could hurt university fundraising and recruiting.

The 30-foot monument of a battle-ready Confederate soldier, which the United Daughters of the Confederacy erected in 1906, greets visitors at the university’s main entrance.

In February and March 2019, the university’s student senate, faculty senate, graduate student council, staff council and top administrative officials passed a measure that called for the monument’s relocation to an on-campus graveyard where Confederate soldiers are buried. The cemetery is located in a corner of campus not visible from main thoroughfares.

Opponents of the relocation measure have argued broader opinion on campus and among alumni was not taken into consideration in the decision to move the statue.

Still, the university’s leaders submitted its proposal to the Mississippi Department of Archives and History, and the board of trustees of that state agency unanimously approved the university’s relocation plan in December.

But the relocation hit a snag in early January when the board of trustees at the Institutions for Higher Learning, which gets the final say on the proposal, removed the proposal from its agenda.

Trustee Tommy Duff, a Hattiesburg billionaire who recently gave the university $26 million for its new STEM building, removed the item from the agenda citing a desire to “receive a full report” from the university on efforts to contextualize its many symbols that honor the Confederacy or problematic leaders of Mississippi’s past. 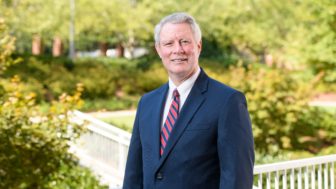 The Board of Trustees of State Institutions of Higher Learning (IHL) voted unanimously to name Dr. Glenn Boyce as Chancellor of the University of Mississippi

After the IHL’s decision to remove the item from its agenda, newly appointed Chancellor Glenn Boyce said he would work to appease the board’s request for additional information before re-submitting the proposal for the IHL board’s consideration.

“We are committed to working with the board to accomplish our goal of relocating the monument,” Boyce said in a statement.

So far this session, two bills have been filed that would keep the university from moving the monument. Sens. Mike Seymour, R-Vancleave, and Angela Hill, R-Picayune, filed similar bills that would prohibit a public entity from moving a monument that honors “The War Between the States.”

Both bills were doubled-referred to two committees. This practice is often employed by leaders — in this case, Republican Lt. Gov. Delbert Hosemann — to make controversial bills difficult to pass. Lawmakers face a Feb. 24 deadline to file general bills, but lawmakers could deal with the monument through loopholes later in legislative process.

Before the IHL board can consider the proposal again, Boyce must submit the proposal to the board for consideration. While deliberations of the IHL board often occur in private, Boyce said in a statement earlier this month the university would “keep (the public) informed and provide further updates as this process continues.”