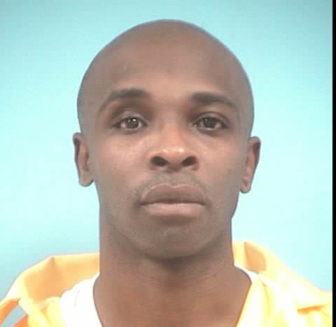 Could Willie Nash, the man whose overlooked cell phone in a county jail landed him 12 years in prison, get another chance in front of Mississippi’s highest court?

Nash’s attorneys from the Southern Poverty Law Center have asked the state Supreme Court, which recently upheld Nash’s sentence, to rehear the case, according to a motion filed Thursday.

“There is still time to right this injustice,” the motion reads. “Nash’s astonishing sentence is grossly disproportionate to the act for which he stands convicted.”

Nash maintains that his lengthy sentence violates the Eighth Amendment’s ban on cruel and unusual punishment. Through attorneys, he also argues that prosecutors didn’t have any evidence that he voluntarily brought the cellphone into jail; instead, jailers had neglected to search Nash when he was booked.

Nash, 39, entered the Newton County jail in 2018 on a misdemeanor charge. When he asked jail staff if he could charge his phone, a guard then took the phone, court documents show. Nash, a married father of three, used his phone to respond to a text asking where he was, staff found when they unlocked the phone with the code Nash had given the jailer.

In August of that year, a jury found Nash guilty of possessing the phone in a correctional facility, a felony in Mississippi. Judge Mark Sheldon Duncan sentenced Nash to 12 years in prison.

State law says penalties for possessing contraband, including cell phones, in jails or prisons can include a prison sentence of three to 15 years and a fine of up to $25,000.

The state Supreme Court affirmed Nash’s sentence earlier this month, noting that the lower court judge, Duncan, “based his sentencing decision on the seriousness of Nash’s crime and evidence of Nash’s criminal history.”

In a separate opinion, Justice Leslie D. King wrote that the case “seems to demonstrate a failure of our criminal justice system on multiple levels.”

“[T]he facts of this case indicate that Nash’s cellphone was simply missed during booking and that he was not secreting it from law enforcement or using it for any nefarious means,” King continued. “He used it simply to communicate to his wife where he was.”

In the Thursday motion, Nash’s attorneys included a comparison of what kinds of penalties Nash may have faced had he been convicted of the same crime in any other part of the country. They found that in only two other states — Arkansas and Illinois — does the penalty extend up to 20 and 15 years, respectively.

“We have a universal understanding in this country that you shouldn’t be punished if you didn’t do anything wrong,” said Will Bardwell, one of Nash’s attorneys, in an interview. “And even if you did do something wrong, the punishment ought to fit the crime. Neither of those things happened in this case.Willie did nothing wrong.”